Turkish game developer TaleWorld’s 2012 masterpiece Mount & Blade: Warband drew a lot of attention from the gamers, especially from the RPG fans. The singleplayer threw players in a vast, open-ended world with plenty of options but that wasn’t what made Warband stay alive for 8 years.

Considering the fact that from a technical standpoint, Warband was outdated even when it came out, the game should have been dead years ago. The graphics are 15 years old and the sound design is not too shabby either. But what kept this game alive were 2 things: amazing gameplay with easy to learn but extremely hard to master combat and the huge modding community. Ever since the game was launched, developers welcomed the modding community and the game was open to all kinds of modifications and this gave way to thousands of different mods. And if you are still one of those people that play Warband regularly, we have compiled a list of the best mount blade Warband mods for you to change things up.

The Last Days of the Third Age

One of the best total conversion mods that was created for the original Mount & Blade was conversed to be able to run on Warband. As you can understand from the title, this mod lets you play the events of the Tolkien’s The Lord of the Rings novels. All the factions of the Middle Earth are available for you to play as and there are many fun side activities. There are different races with different bonuses/penalties and all of the gear and items reflect the Middle-Earth. If you are a Lord of the Rings fan, this mod alone is worth buying Warband for.

Mount & Blade: Warband has one of the most simple-looking yet really hard to master combat systems. The directional attacks and blocks make each encounter a test of reflexes and guess. During all that, landing a perfect slice to your enemy’s neck feels extremely satisfying, but what if told you that it can get better? As its name suggests, Decapitate and Dismember mod lets you decapitate and dismember your enemies and watch their heads and limbs fly off.

If you do not own the original Mount & Blade and therefore cannot play the brilliant Star Wars mod that is Star Wars Conquest, Bear Force II is probably the best Star Wars total conversion mod for Warband. It is a multiplayer only tactical shooter taking place in the Star Wars Universe. It has 6 factions with each having multiple different classes and a unique shooting and force system. From normal infantryman to jet troopers to using force with Sith/Jedis, there is a lot of detailed, fun content here for Star Wars fans.

If you ever feel lonely in the vast world of Warband, Full Invasion 2 can spice things up with its co-op survival formula. You can team up with other players and battle countless waves of invaders and bosses to survive as long as possible. There are various different maps, classes, enemy types and bosses. As it is one of the most fun mods to play with your friends, it is no surprise that it has been rated by the community numerous times as the most popular multiplayer mod.

Blood and Steel is like a semi-total conversion mod; it changes a lot from the vanilla game but does not create a whole new universe/story. It rebalances a lot of the mechanics, improves visuals and effects, a new economy and adds hundreds of new items. If you have played the vanilla singleplayer and got bored from it, this mod is a nice change of pace.

If you are bored from the classic medieval style of the vanilla game or all the other mods and just want to try something entirely different, H.O.T.D. (short for Highschool of the Dead) is probably the craziest Mount & Blade: Warband out there. You are thrown into a Japan that is infested with zombies and you try to survive with various weapons, characters and enemies. There are 4 factions: high schoolers, police, the Takagi mob family and the zombies themselves. It is not without its problems but if you want to turn Warband into something crazy and unrecognizable, this mod takes the cake.

If you like Japanese history or anything samurai-related, this Warband mod is for you since it takes the game’s singleplayer into the Sengoku period of Japan. Just like the vanilla game, you will start from nothing and attempt to gain control of the entire country. The mod itself contains more content than the native game: 32 towns, 72 castles, and 161 villages. Of course, entire weapon, armor and item inventory is changed to fit the theme of the era and there a whopping number of 20 factions.

Right now you may be asking “Is there a fantasy world that isn’t modded into Mount & Blade?” and the answer to that is probably no. Warsword Conquest is a total conversion mod for Mount & Blade: Warband that takes us into the world of Warhammer. There are races from the books such as orcs, dwarves, elves, vampires, Skaven and Lizardmen and you can play as any one of these. Of course, just like any total conversion mod, there are new weapons, armor and items. If you own Warband and like Warhammer, it is a no-brainer.

A World of Ice and Fire

Another great total conversion mod for Warband that is featuring another awesome fantasy world, A World of Ice and Fire takes us to the world of George R.R. Martin’s Game of Thrones. You create your own house and challenge the Seven Kingdoms and try to claim the Iron Throne by battling and betraying your opponents. The mod is complete as it stands today and it was last updated in this June. There are a plethora of new armor sets, weapons and items and the entire map is changed to fit the Game of Thrones universe. For the fans of series, this mod is a must-try.

Unlike most of the mods we listed here, Prophesy of Pendor does not take you into a well-known fantasy universe, it rather creates its own and does a quite good job at that. It tries to find a sweet spot between the generic medieval theme of the native game and the fantasy-fiction themes with a low fantasy setting. You play as a hero with an aim of uniting the lords of Pendor under a single Ruler again. Now, as the developers said, “Prepare to enter the world of Pendor and accept the challenge of the Prophesy – if you dare.”.

Just like its name suggests, 1776 American Revolution takes us back into the times of American revolution. You do not have to fight for rebels; you can side with Britain to even join the Native Americans that see both rebels and Britain as the same. Of course, every single item is replaced to fit the era with the guns are being the most significant change and the original map is replaced by a piece of North America. If you wanted more from the Mount & Blade standalone DLC Napoleonic Wars, this is the mod for you.

If you were looking for more gameplay-changing or bug-fixing mods rather than total conversion mods, we were saving this one for the last since it combines a lot of great small Warband mods together. This mod pack enhances native gameplay by combining a wide range of mods provided by the Warband community. Additionally to the new troop trees, it offers improvements in gameplay, graphics and many other areas. It has 3 different levels: basic, gameplay, and expanded versions and you can choose among them depending on how much of a change you want. This is the top mount & blade warband graphics mod. 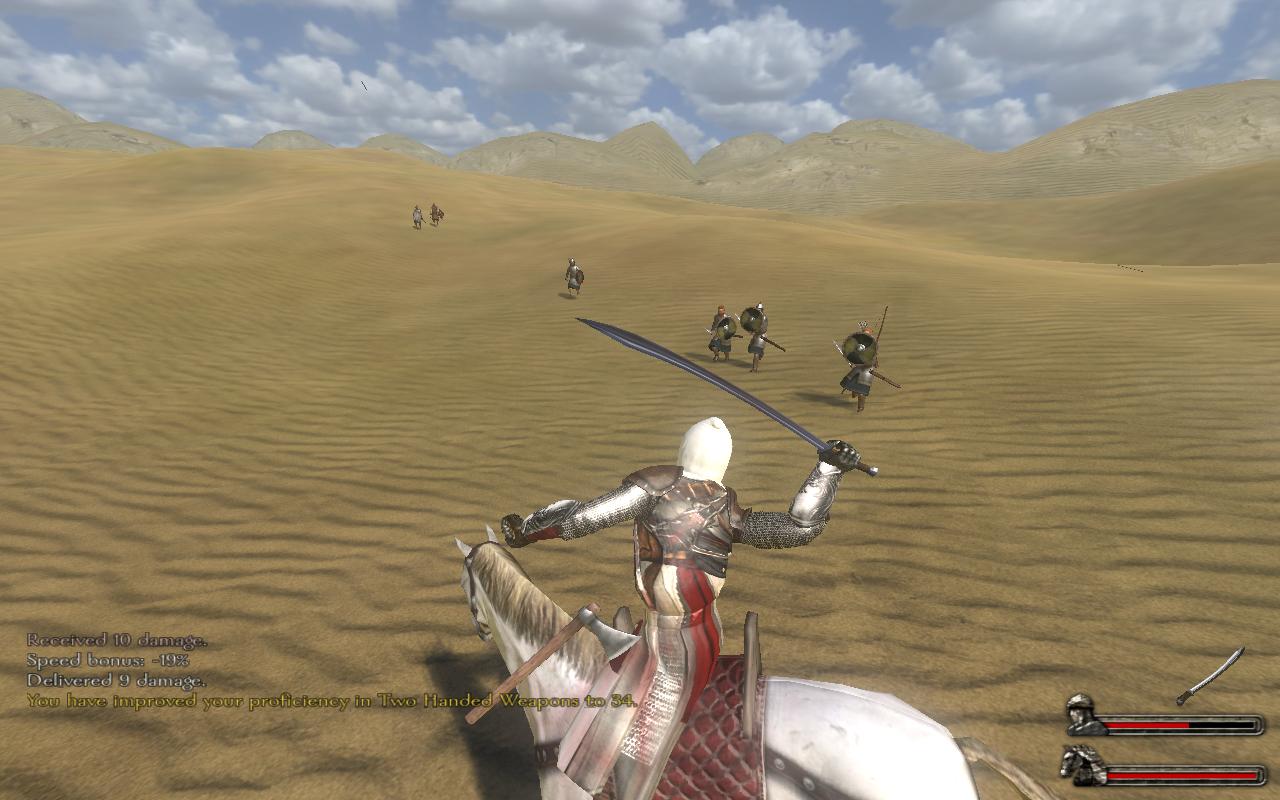 This long-awaited Mod takes place during the third Crusade and introduces two factions in an open-world fashion. Both Assassins and the Templars faction have their unique traits true to their world, as they fight for the Holy Land.

This mod is still undergoing revisions and developments, so although the gameplay is vanilla as of now, keep your eyes peeled for new quests, weapons, and armor; as well as an entire remodel of towns, villages, and castles.

There is also a Hidden Blade for the Templars. There is a youtube video if you’d want a tutorial on how to find it.

While the Mount and Blade: Warband undoubtedly brought about some much-needed developments, a lot of players feel nostalgic about the original and miss some of the changes. This mod gives you the best of both worlds: better performance but with some of the original aspects of the game that are much missed.

This massive game overplay brings back many features such as the original map, original faction colors, original warhorses as a variant. It also reduces the build time of towns and cities, as well as the number of mercenaries available to hire and a brand new addition of coastal battles. 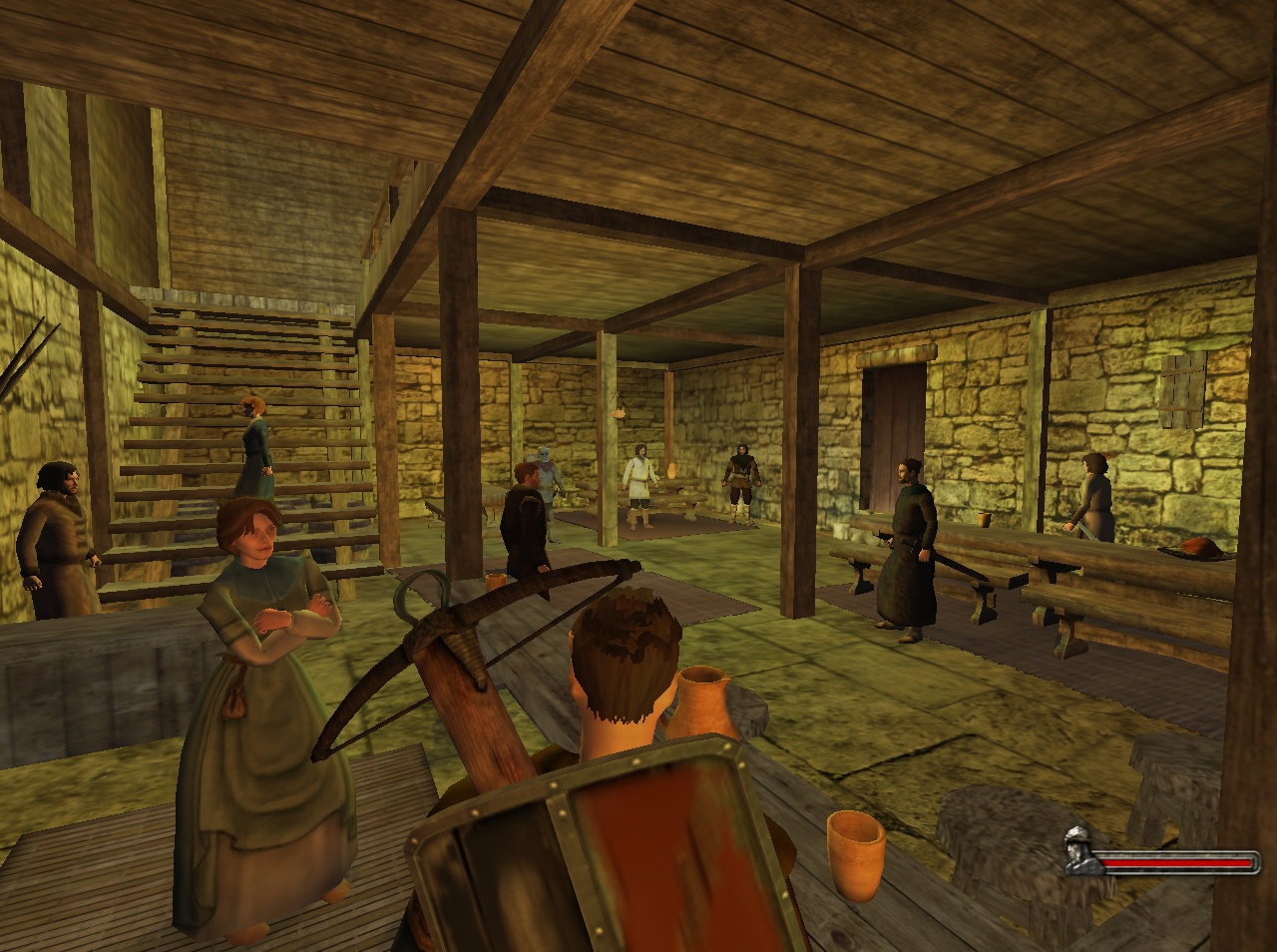 This incredible conversion mod transforms the Kingdom of Calradia into the British Isles in 1184. You now have three countries: The Kingdom of England, Kingdom of Scotland and Kingdom of Ireland. But there is more than just a shift of time and place: the recruitment system has been adapted to better suit the feudalism of the actual timeframe.

With Historical Kings, Banners and Settlements, this is a complete overhaul that gives you an entirely different gaming experience. This mod is also undergoing developments and new countries are said to be added shortly. 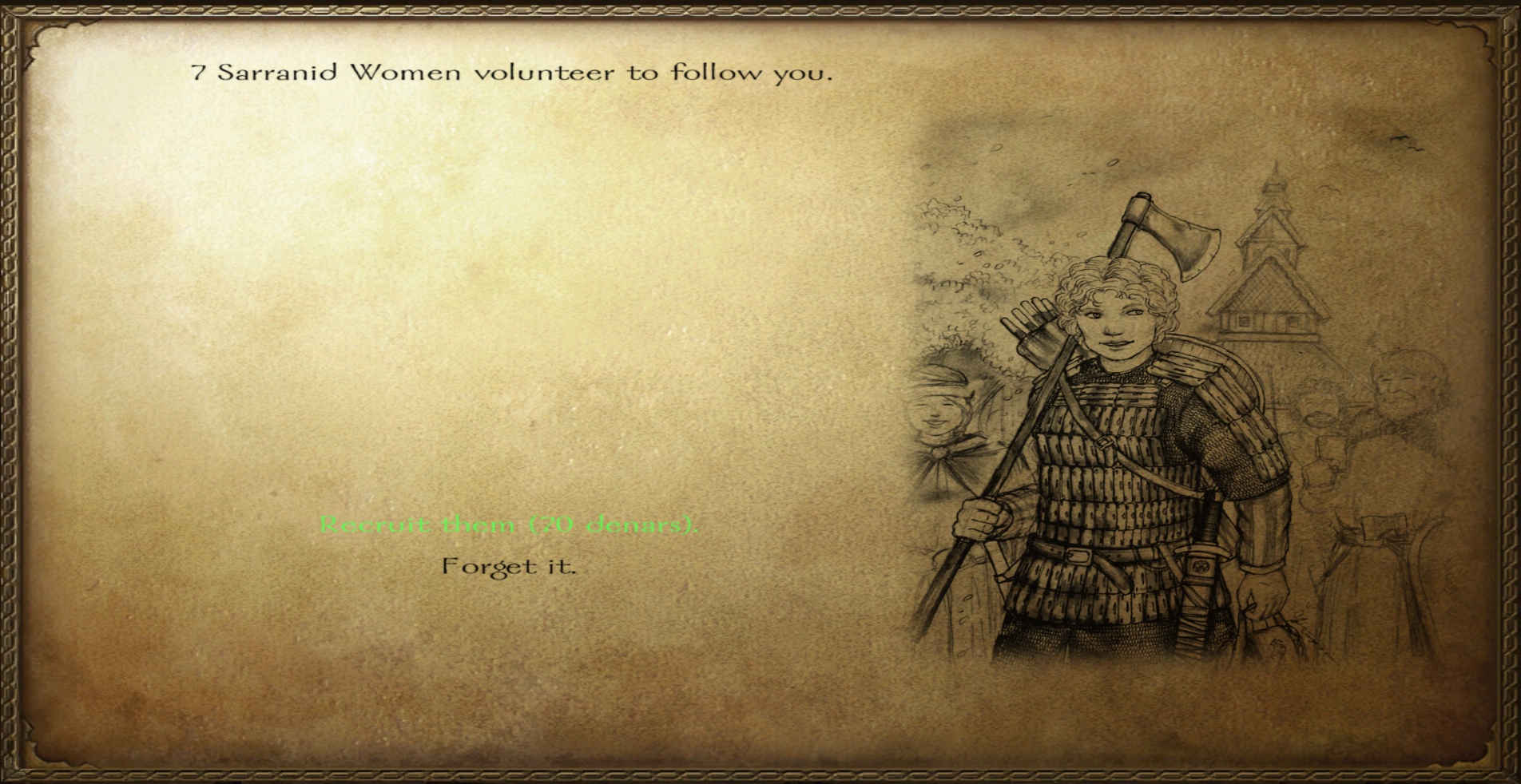 There’s not much explanation needed for this mod as it does exactly what it promises.

By introducing many more female characters, this mod definitely pleases many female players tired of playing male characters. Furthermore, the female characters are not just cosmetically designed, they also have different skill sets. Female units have less physical strength but higher skills, especially with weapons like crossbows where brute force is not a determining factor for prowess. Overall, there’s a lot of attention to detail here: the creator of the mod even has a long backstory that explains why there are so many female units in the game (to the extent of talking about wage and glass ceilings in this world as well!) 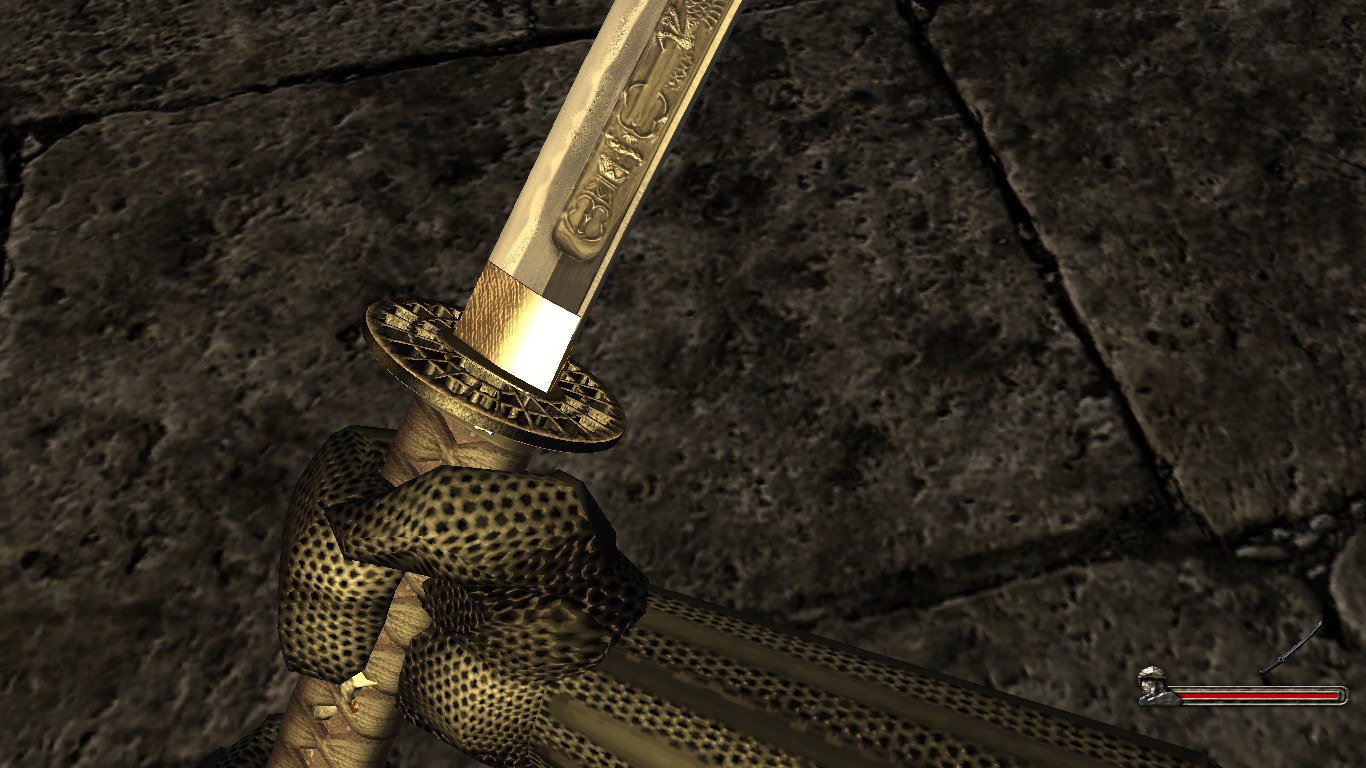 As mods get more sophisticated by the day, we’re always going to welcome a weapons mod with open arms.

This mod gives you a whole plethora of Samurai weapons, including Yumi bow, yumi arrow and quiver, odachi, uchigatana, and wakizashi. The weapons are not just realistic, but also stunning in the way that they glint in the light.

Note that this is a high poly mod, which each weapon having easily more than ten thousand meshs. With no LOD, it can be fatal for your PC if you equip this mod to NPC or other troops! Not every system can handle the Samurai Weapon Set!

The creator of the mod recommends that you use the extra files as well to improve the graphic visuals of the game.

So these are the mods for mount and blade warband to try out we waiting for the upcoming sequel, Mount & Blade: Bannerlord. If you have a favorite fantasy and/or historical setting, chances are there is an M&B mod for it and we tried to list the best ones among them here. From the futuristic Star Wars to the world of Game of Thrones, it is up to you to decide which free mod you want to install. Until the release of Bannerlord, start modding!