Some of our favorite memories of the NES are sitting down with our friends and siblings to play sports games. Sports are such a big part of our lives and pop culture that when a good sports game comes along that allows us to play as our sports heroes and favorite teams, it offers a truly unique experience.  If you’re looking to buy a few of these retro gaming classics, check out the old school game vault.  Where they have 100’s of Nintendo Nes Games for Sale.

Today, we are going to talk about some of the best sports games on the NES and discuss just what made them so special.

This is arguably the best football game on the NES. This is the first game of its type to have official licenses for both the NFL and the National Football Player’s Association which means almost all of the players from the 1991 season are in this game.

Following the unprecedented success of Tecmo Bowl, Tecmo decided to take things to the next level in this sequel allowing you to play from the pre-season, prow bows and even the entire NFL season leading up to the Super Bowl. It features detailed stat tracking and the consistent level of challenge means that every victory feels earned and suitably satisfying.

If you’re a sports fan, this game is a must-play. 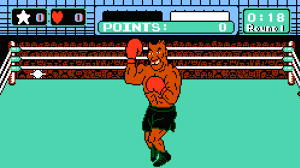 Mike Tyson in his prime was a terrifying force of nature who demolished opponents and struck fear into the heart of his contemporaries. When Mike Tyson’s Punch Out first released, Tyson-fever was at its peak.

This isn’t a realistic boxing game, but it is incredibly fun which we think is more important. The game relies less on pugilistic technique and more on quick reflexes and timing. The controls are easy to pick up, but the game draws a surprising amount of depth out of the simple combat system.

The enemies are ridiculously over the top and entertaining – King Hippo, Glass Joe, Soda Pop Popinkski to name a few. They each have a distinct personality and fighting style. Once you beat all the opponents you’ll have to go up against the main boss – Iron Mike himself. 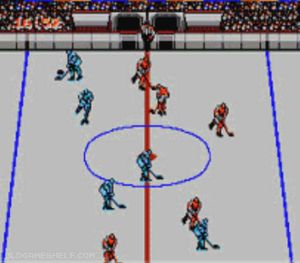 Blades of Steel, unlike Double Dribble, which was another contemporary sports hit, has aged remarkably well. While Blades doesn’t have the elaborate cutscenes and cinematic elements of Double Dribble, it more than makes up for it by offering solid, entertaining ice hockey gameplay.

The action happens at a breakneck pace, and there’s a lot of tripping and smashing and puck-grabbing that ensues as a result. There’s no in-game music but outside of a match you’ll get to hear some pretty good tunes.

If you bump into a player enough times you will trigger a fighting minigame where you and the opponent duke it out and try to hand out as much brain damage to each other as possible. The loser of course, gets to take a walk of shame to the penalty box.

Pick up this game – it is a guaranteed good time.

RBI Baseball is another classic sports game that eschews realism in favour of making the game more fun and arcade-ey (you may notice that’s a theme with the games on this list). Three-odd decades later, this is still a fun game that can offer hours of entertainment in single-player or multiplayer mode.

By today’s standards the graphics might be clunky, but the gameplay is still tight and responsive. Pitching feels intuitive and you never feel like you don’t have control of where the ball goes. The slow, deliberate movement of outfielders and players adds some more tension to the proceedings. There are no random or unexpected moments where a play comes completely out of left field.

There’s plenty of real-life players in the game and stat-geeks will have a lot to dig into and enjoy. Even if you aren’t a baseball fan, RBI Baseball is a fun sports game that you should definitely give a try.

Excite Bike was one of the launch titles for the NES and some 35-odd years later, it still holds up as a challenging and entertaining side-scrolling racer.

The core setup is pretty simple. There are four lanes and you must move between them, avoiding other racers and navigating obstacles on your way to the finish line. There are ramps to go up and down and tilting your bike just the right way while you’re in the air can get you a little extra momentum that can make the difference in a close race.

One button accelerates, the other button works as a turbo. But be careful with the turbo or you’ll end up overheating your engine.

Another innovative aspect of this game is that it features a track editor that allows you to make your own wacky racing tracks which offers some replay value once you’re done with the five tracks the game comes with. 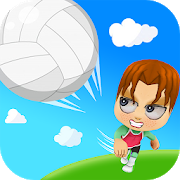 Super Dodgeball is a fun recreation of the dodgeball we all know and love. For starters, each character has a health bar which means that the game turns into a battle of attrition where you gradually try to whittle down your opponent’s health bar until you send them into the realm of unconsciousness.

The game features basic attacks and also some special running/jumping moves that are over-the-top and deal huge amounts of damage. Each character in the game has their own special stats and unique attacks, which adds a strategic element to the gameplay. You’ll have to balance between having characters with more throwing power at the front and having more defensive characters on the back line.

The game features several different modes including the World Mode which is like a career mode where you try to take your team from the regional ranks to becoming a world champion.

Until next time, happy gaming!