Gamers usually spend most of their money on graphics cards -and rightly so since it is the most important piece in a gaming rig. But the most important hardware after your GPU is your CPU (Central Processing Unit). It handles most of the processing load in your computer and can affect your gaming performance significantly and can even “bottleneck” your GPU, meaning it can limit your graphics cards performance.

Having said that, you do not need the most expensive CPU to enjoy games; it doesn’t even have to match your GPU’s price range. But considering the fact that CPUs usually last a lot longer than your GPUs and don’t need to be changed that often, buying a strong CPU with a future vision can be a smart idea. Plus, if you, like all people, do other things on your computer other than playing games, CPU becomes much more important. And today, we will help you make your next purchase.

What To Look For In A Processor before Buying?

Socket: First thing you should look for is compatibility. Your CPU will fit in on your motherboard’s CPU socket and if they are not compatible, it will not work. Intel CPU’s don’t fit on AMD sockets and vice versa. Also, as they release new processors, their sockets also change to keep pace with the new technology. So new CPU’s may not be always compatible with old motherboards.

Cores: Number of your cores will be the main factor in your CPU’s power, however, more cores don’t always equate to more power. It depends on how much power your video game or other software will need, so you can check their system requirements for a more optimized purchase.

Frequency: Another factor that plays into your CPU’s performance is its operating frequency, also known as clock speed. The higher this value is, the better the performance will be, but this also goes hand to hand with how many cores you have. For example, a quad-core 3 GHz CPU will usually outperform a dual-core 3.5 GHz CPU. 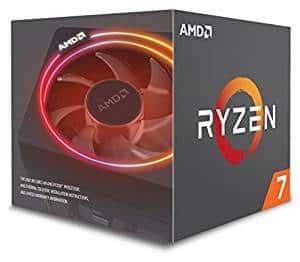 Ryzen 7 2700X being the best AMD Processor for gaming is the proof that AMD has been listening to reviews and customers. It is a big step forward for the company, since it delivers on gaming performance, versatility and price. It costs less than the 1800X did when it first launched and is faster while being even cheaper than 1700X it’s replacing. It comes with an unlocked multiplier and also has backward compatibility with 300-series motherboards. While its competitor Intel i7 8700K beats the 2700X in single and quad-core performance by a slight amount, the 2700X wins on multi-core workloads. Also, 2700X comes with its own cooler, Wraith Prism; you will have to buy your own cooler on Intel 8700k. These make the Ryzen 2700X best CPU on the high-end spectrum in our eyes. 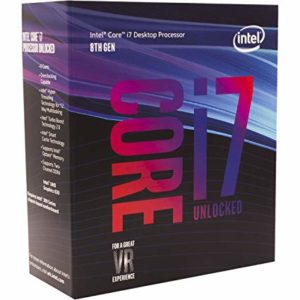 Our second place high-end CPU is Intel’s fastest mainstream Intel processor, 8700k which is also the best Intel Processor for gaming. In the gaming scene, it is moderately faster than its competitor. With 6 cores and 4.7 GHz Turbo clock speed, this CPU will probably go a really long way with your current PC, especially when you consider that you can overclock it to 5 Ghz. But it still proves inferior to 2700X by its lower multi-core power and higher price tag. Plus, you will have to buy your own cooler, raising the price gap between its competitor even more. But if you want the absolute best CPU for mainly gaming purposes and do not care about the monetary aspect, i7 8700K should be your choice. 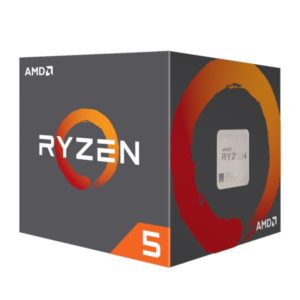 Moving down the price range, we have our best value picks for the mid-range. It was a tough battle, but Ryzen 5 2600 came on top just by a little bit. When compared to its competitor, i5 8400, Ryzen 5 2600 loses on the gaming side by around %10 but when it comes to multi-core heavy workloads, Ryzen 5 crushes 8400k with a %20-25 lead, making it the best all-rounder. Plus, if you want better gaming performance, you can always overclock it (something you cannot do on i5 8400) to shrink the FPS difference between two CPUs to a mere few frames. You can argue that Ryzen 2600X is a better choice, but keep in mind that 2600 is 13% cheaper and is just 7% slower, so it is a better value pick. All in all, if you want the best bang for your buck, AMD Ryzen 5 2600 is the way to go. 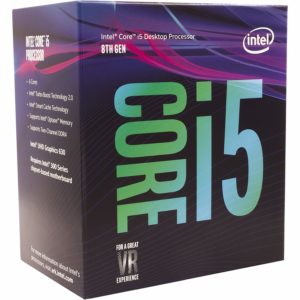 i5 series’ jump in performance is much more evident in its 8th gen processors, pushing the 7th gen i5’s 4 cores to a whopping number of 6. I do not even want to call Core i5-8400 a second-place finisher since it is technically the fastest mid-range CPU when it comes to sole gaming purposes. Plus, it comes with its own cooler -a welcome change after its big brother 8700K’s lack of one. Sure, it’s multi-threading power is inferior to Ryzen 5 2600’s and is $20 more expensive, but it makes up for it with its superior gaming performance. It is fast enough to handle even a 1080 Ti. Its most obvious downside is that it is locked, so you cannot overclock it, but we are doubtful you will need a boost in the near future. Even though AMD’s amazing versatility and $20 lower price make it our best value pick, on the Intel’s side, i5 8400 is still an excellent choice and a slightly better one on the gaming scene. 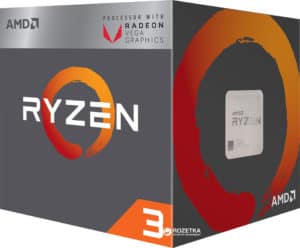 Finally, we have our budget picks. Normally, since we are reviewing CPUs, we would pick the winner amongst normal processors but AMD’s Ryzen 3 2200G comes as a phenomenal budget choice with its Vega 8 Graphics. For just $100, you get an APU that can run most recent titles pretty well on low settings. Plus, it is completely unlocked, meaning you can overclock it to boost its power even more. Its Vega 8 Graphics is 3 times faster than its competitor, Intel Pentium Gold G5400’s UHD Graphics 610. Its processing power makes the added GPU look like a free add-on with 4 unlocked cores at 3.5 GHz base clock speed. Overall, there is simply no cheaper option to get into gaming other than Ryzen 3 2200G. 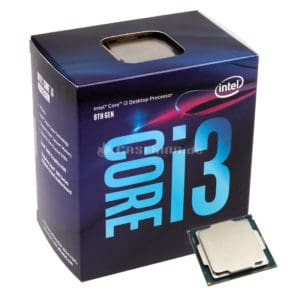 Even though Ryzen 3 2200G is our budget choice, if you already have a GPU that you are satisfied with, an APU may seem unattractive to you for good reasons. If you just simply want a good, cheap CPU with good performance, look no further than Intel Core i3-8100. With 4 real cores at 3.6 GHz, it can handle your gaming needs as much as it can power your multi-core programs. Its only con is that just like most Intel CPUs, its cores are locked so you cannot overclock them. But for around $120 or less, you get a good mix of gaming performance and general power and that is hard to beat.

So there you have it, our best picks in the Processor scene. Just like GPUs, there is an abundance of choices in the processor market and when you add the compatibility issues, choosing one for your current -or next- PC can be a challenging activity. So whether you are building a new PC from the ground or simply upgrading your old one, we hope our list helped you.