PC’s have come a long way in the last 10 years. We’ve seen monitors evolving with curved ultra-wide screens and 4K displays, graphics cards trying to catch up with constant improvements of the game visuals, CPUs consistently pushing the boundaries with more cores and higher frequencies. But even though all of these are still incredible, they mostly improve our in-game experiences. While not playing our games, we are either loading up a game or browsing on our computer. For both of those purposes, we were stuck with slow HDD’s for a long time. But that is changing rapidly. Check our Below SSD buying guide. 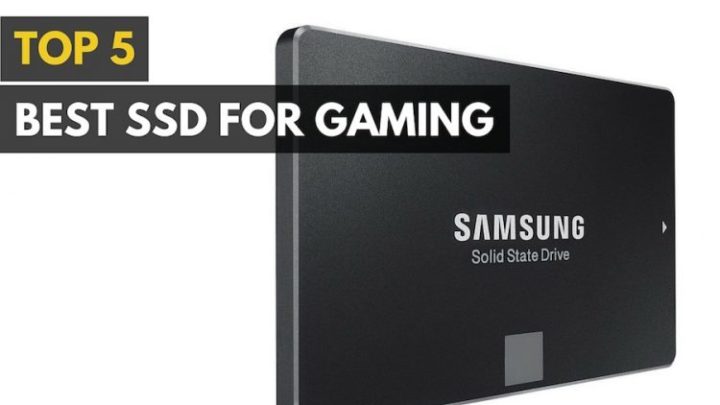 Unlike HDD, SSD’s do not need a mechanical arm to read and write data. Instead, they use an internal controller to execute its tasks and navigate through its microchips which creates much faster navigation. This controller is what makes or breaks an SSD since it determines its speed. That said, the slowest SSD is still a lot faster than the fastest HDD. Your games will load significantly quicker and browse on Windows will be a much more fluid experience.

Of course, all these features come with a price. Although the SSD prices have dropped significantly over the years and they have become bigger and faster, HDD is still the cheaper option. But considering the performance improvement you get from an SSD, the price gap is more than worth it.

How to Buy Best Hard Drive for Gaming?

Capacity: This is an obvious one, but probably the most important. How much space you will need depends completely on you, but still, you should stay away from SSDs that have lower space than 256 GB; especially for gaming purposes, since fitting all your favorite games in a 128 GB drive (Not including your OS) will be really hard.

Read/Write Speed: Our second most important factor is read/write speed. This is essentially the general speed of the drive, meaning the higher it is, the better. A higher read speed will result in much faster load times on games and instant boot-ups on your Windows. Write speed is how fast your drive will compress files and do other tasks.

Compatibility: Check the slots on your motherboard before buying an SSD. If your PC has a 2.5-inch hard drive bay and an empty SATA connector, a 2.5-inch drive will be compatible. If you are planning to get an Add-in Card (AIC), check if you have room in your computer case.

Why Do You Need SSD for Gaming?

Meet SSD (Solid State Drive), probably the best upgrade you can make on your computer. They are much faster, lower power consumption, lighter weight, and high reliability than their old brothers, HDDs. As of now, there are only two best SSD brands for gaming – Samsung and Crucial.

What size SSD do you need?

Windows 10 needs a minimum of 16 GB of storage to run but after updates, there won’t be any much space left. So, we need bigger SSDs.

As no one expects what we are going to do in future with our System so we recommend you to go for bigger ones up to the size of 512 GB to 1 TB which makes sense.

What is the Best SSD for Gaming?

When you go through all the listed SSDs we are confident that you will find your suitable match either you are buying high range, mid-range or cheap but sustainable Hard Disks to play Games.

Recommended for: High-End Gaming and 4K

When we said that SSD prices were dropping and they were getting bigger and faster, we weren’t lying and Crucial MX500 1TB is the proof of that. A huge 1 TB solid-state drive for $190? Yes, please. If this price worries you about the quality, it shouldn’t. Crucial is one of the most trusted companies in the market, plus, they are the manufacturer of the NAND that goes into the MX500, which keeps costs down. Plus, it is a SATA drive, which means it is a bit slower but also cheaper than its PCIe counterparts. It comes with its Storage Executive utility software that helps you monitor your drive and update it if necessary. Speed-wise, it is one of the fastest SATA drivers with a read/write speed up to 560/510 MB/s. It also comes with a 5-year warranty. All that being said, this one of the best SSDs in the market; you won’t even need an HDD with its 1 TB capacity.

After the value, our price/performance king Crucial MX500 1TB provided, it should be expected that the mid-range choice would be of the same brand as well. CRUCIAL MX500 500GB has really nothing different than its bigger brother except for its price and capacity. It is also a little bit slower but once you enter the world of SSDs, the only times you will ever see a significant speed difference between the drives are under the heaviest workloads, which casual users are unlikely to experience. For around $100, you can get a 500GB that can store your OS and favorite games, and that is revolutionary.

Samsung held the crown in the SSD industry for a long while, most say it still does, and for good reasons. Since the company manufactures their own controller, they are able to extract maximum performance at a lower price than most of their competitors. Samsung 970 EVO is one of their latest additions to their high-end NVMe SSD line and this is the 500GB model. 970 Evo is one of the fastest solid-state drive in the market with a crazy read/write speed up to 3,400/2,300 MB/s. It is significantly faster than its SATA counterparts and this shows in the price. Even the though the price is premium, it is justified considering its speed, endurance, 5-year warranty and quality. You probably won’t need this much read/write speed, but if money is not an issue and you want the best of the best, Samsung 970 Evo models are the way to go.

This list may seem like a big Samsung ad, but there is simply no other company that can combine speed, high capacity, endurance and quality this well when it comes to solid-state drives. If you do not want to worry about disc space ever again with an SSD, Samsung 860 Evo 2TB provides the overall highest quality. Specs-wise, it has 550/520 MB/s read/write speeds and 1,200 TBW endurance with a 5-year warranty, so we can see that Samsung really trusts its product’s longevity. If you want to install all the games you have and never think about capacity issues at SSD speed, Samsung 860 Evo 2TB (or 4 TB, if you have the money) is your best choice.

If you want cheaper options in the SSD market, you either have to sacrifice space or quality. We don’t think giving up quality/speed is a good idea, so our budget choice is 860 EVO 250GB. 250 GB is still a good capacity if you will only store your OS and 5-6 of your favorite games and 860 EVO is still really fast amongst SATA 3 drivers with a read/write speed of 550/520 MB/s, proving that Samsung really does care about all budgets. All in all, Samsung’s 860 EVO 250GB is one of the fastest and cheapest lower-capacity SSDs around here.

Like we said before, buying a solid state drive is one of the best upgrades you can make for your computer. Loading times and boot-up times shorten significantly and using your PC becomes a slick experience. They do not affect your in-game FPS but will make gaming more enjoyable with faster load times. If you plan to make your jump from HDD to SSD or just want to upgrade your current one, we hope our guide on best gaming SSD help you.

Why SSDs have a limited lifespan, you can read this report for techreport, then have a gander at the SSD endurance experiment over on TechReport.