Ranking the Total War games is a controversial task. While ranking from worst to “best”, we will try to see every game depending on its release time.

We all love the game industry for its versatility. The wide range of genres and the mere number of games that belong to these genres give us players a lot of choice for entertainment. One of the main genres amongst this is the Real-Time Strategy genre. The sheer excitement of controlling huge armies in real-time is something one cannot get bored from easily.

If you are familiar with the RTS games, you have probably heard of Total War. It is so popular to the point that it may be the only RTS series that you know of. No other series comes close to the scope that Total War; the series has more than 10 games and they still keep coming out regularly. Of course, with that many games, some are bound to be better or worse than the others.

What is the Best Total War Game Till Now

So if you are looking to get into the Total War series with the best games in the series, look no further than this list. These are just opinions, of course, so if you are a fan of the series and your favorite Total War game is not on the list, do not get offended and let us know below. Rate your Best Total War Game below.

In order of preference, here are Total War games ranked from worst to best. 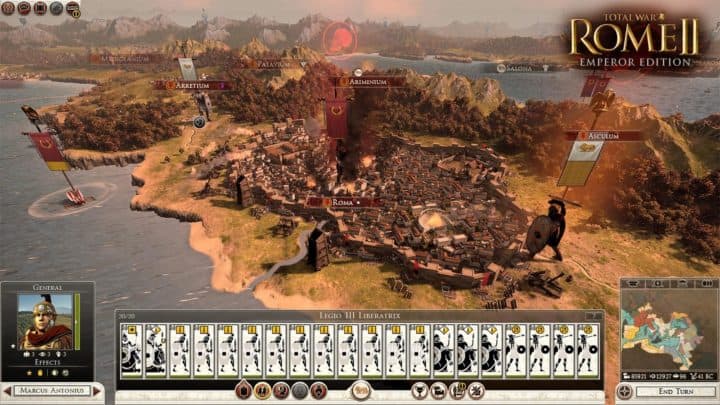 If you played Rome II around 2015 or later, the fact that it lists low on the list may surprise you. What you may not know is that Rome II had a very rough launch. It was very buggy and it took more than 1 year to fix all the issues with the game. It also had one of the most controversial TW DLCs, Blood & Gore. Like its name suggests, it added more gore effects to the game but the fact that SEGA tried to make people pay for such a small addition which should already be in the game (also, it was already doable with free mods) made people angry. But with its bugs fixed, it is still a very good Total War game. The sheer number of factions and variety of units keep the game fresh while the turn-based map game was made more complex with more political choices. If you love the setting, there is no reason to not play Rome II. 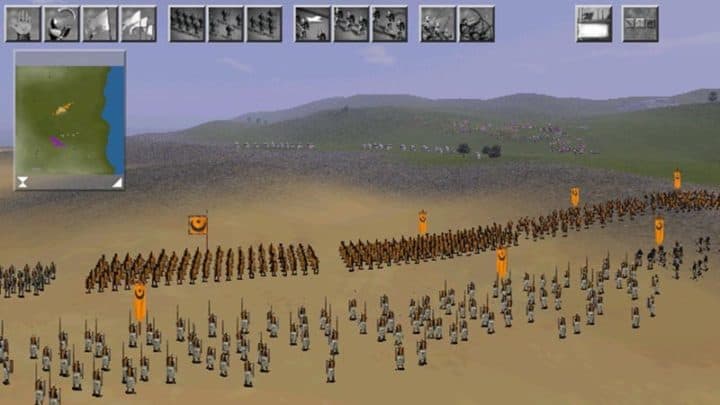 Like Rome II, Medieval isn’t low on the list because it is a poor game, rather because it is really dated. It added a lot to the original TW game Shogun such as espionage, religion and naval warfare. It expanded the map tremendously, giving us control over North Africa, the Middle East and Europe. But it also kept a lot of issues that came with its predecessor. It used the same graphics engine despite being launched 2 years later, so the graphics looked really outdated for 2002. It also reused a lot of the UI and assets from the Shogun, which altogether made it feel like a DLC rather than a new game. But even with all that, its additions to the franchise cannot be ignored and it still feel nostalgic to boot up this game every once in a while. 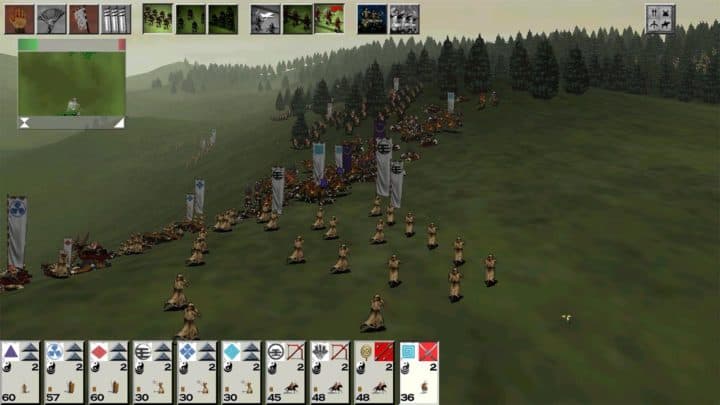 The original Total War game got released in 2000 and changed the RTS genre forever. Its balance between turn-based map game and real-time battles was unseen until then. Sure, being the first game in the franchise, it left a lot to be improved. The map was rather small, there wasn’t much to do in the turn-based map game and the diplomatic system was rather poor, but if you want to see how this legendary franchise started off, you know where to go.

Launching shortly after Empire, Napoleon didn’t “revolutionize” the series, but it gave you the control of one of the greatest military minds of all time. It had 3 campaigns: Italy, Egypt and Mastery of Europe and it was clear that Creative Assembly learned how to implement a story to an RTS game. Gameplay-wise, it didn’t do much to change its predecessor but its story modes alone are worth it. 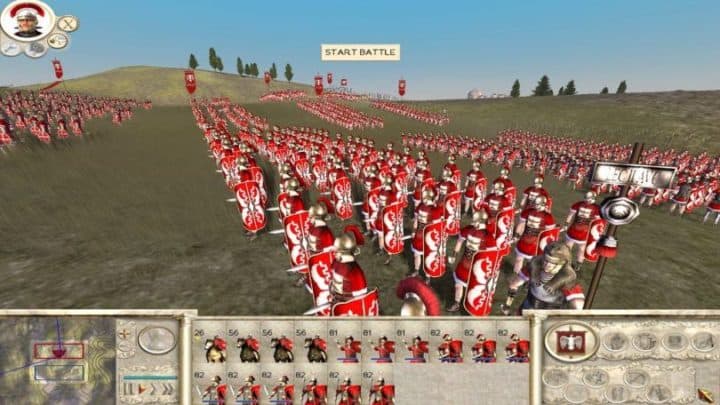 The first Rome was a turning point for the TW series. It introduced the new TW Engine 2, looking much better than the first 2 games of the franchise. The effects, animations and models looked beautiful and the added voice acting made the experience much more immersive. There was much more to do in the turn-based map game, the buildings had meaningful purposes. Theatres made people happy, markets and mines generated income, sewers prevented diseases. It set the standards in many ways and is still one of the best TW games to date. 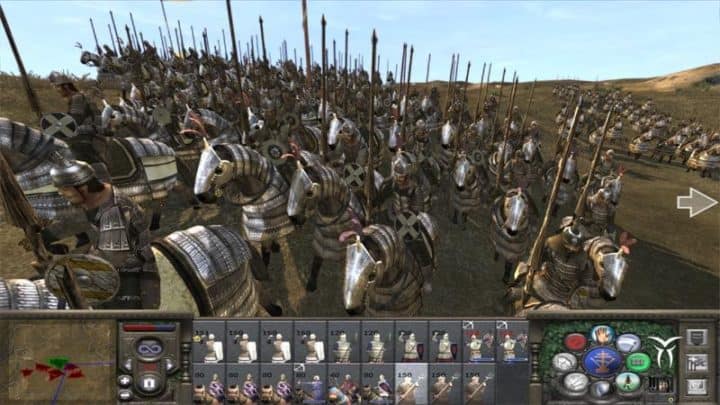 After the 3rd installment, Rome: Total War reformed the series with a new engine and wide range of new gameplay elements, Medieval 2 came to push it even further. It runs on the same engine as Rome but makes improvements on almost every other aspect. First of all, Medieval 2 has the best soundtrack in any Total War game. The music is really fitting to the era and it completely immerses you in the experience, especially in battles.

The new separation between castles and town settlements and improved diplomacy gave the gameplay outside of the real-time battles a fresh air. The importance of religion was of higher importance (which is the way it should be considering the era). Also, despite running on the same engine as Rome, it made substantial visual improvements. Soldiers in a group were individuals, the light would reflect from their armor, they performed separate combat animations and the battlefields were even larger. It also had an amazing DLC called Kingdoms.

The Kingdoms expansion pack contained 4 campaigns: the Britannia Campaign, the Crusades Campaign, the Teutonic Campaign and the Americas Campaign, each with their own historical scenarios. Even though it is not the most recent title in the series, the game still holds up pretty well even in today’s standards and provides an immersive medieval experience. 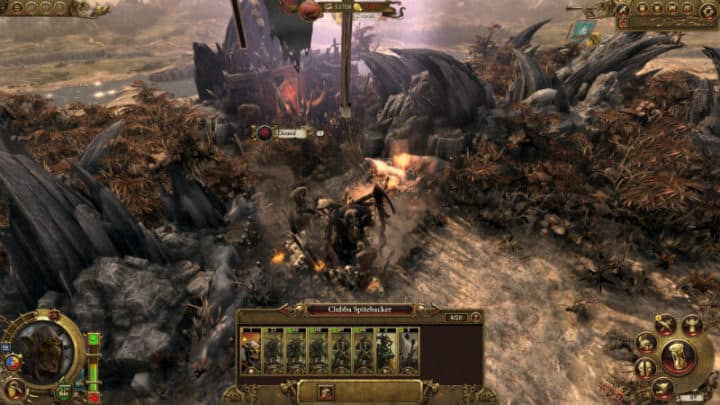 I am saying it: This game is one of the best total war game & crossovers in the video game industry, not just in Total War or RTS games. Combining the turn-based diplomatic and economic games and real-time battles of Total War with the huge lore, an army of characters and units of Warhammer was a brilliant idea and it definitely paid off. Warhammer presented something that TW fans weren’t used to before: Historical Inaccuracy.

Since developers didn’t have to worry about creating realistic characters, nations and units, the gameplay on every field differ substantially from other TW games. There are more tactics and the unit spectrum is really wide. The most amazing change is that the factions are almost completely different games now. Each faction has an entirely different playstyle. Dwarves have a defensive game style, Greenskins are extremely aggressive and should be kept fighting and Vampire Counts are dependent on spreading corruption.

They also all have distinct units, so the replayability is really high here. With those, TW: Warhammer is easily one of the best entries to this franchise and you should definitely try it if you are interested in Warhammer lore. 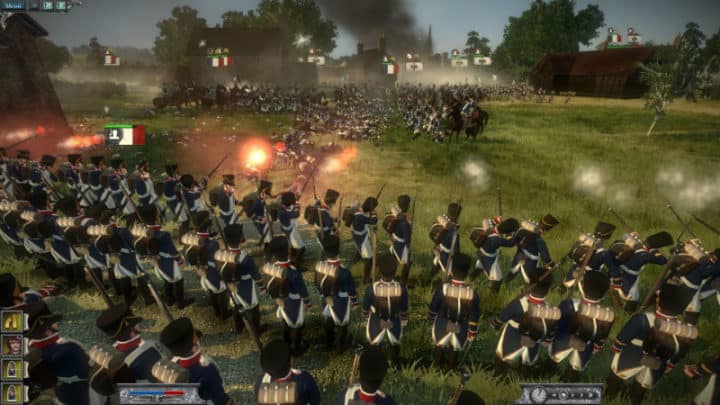 Empire was also another entry in the Total War franchise that carried the series to a new level. First of all, it took you to the 18th century and introduced ranged combat for the first time in the series.

This added a lot more choices in battles while keeping the melee combat. It had a Road to Independence campaign, which is a tutorial-like story-driven mode that helped you learn the game. Still, it had great presentation and gave each battle a sense of purpose. The Grand Campaign gave you the chance to lead a big power of the 18th century and the strategic turn-based map was more complex than ever.

It was also the first game to use TW Engine 3, so the general visuals, effects, animations and soldiers looked better than ever and still holds up to date. It wasn’t without its faults but 9 years later, it is still one the best TW games of all time. 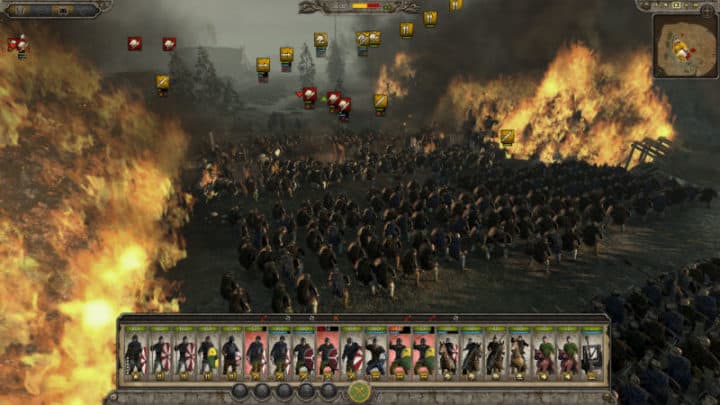 After the disappointing launch of Rome 2, Attila launched with the promise of delivering everything Rome 2 had promised. The setting of the game beautifully transforms Attila from a conquering game to a survival game. Due to the historical facts about the time period, you are never safe enough.

Weather conditions are brutal, parts of the map can be frozen and can be unhabitable, blizzards can catch your army and slaughter them. Since Europe is still unformed, every enemy faction is dangerous and bloodthirsty and Attila and his Huns are coming. It is one of the most complex and hard games of the TW series. The new family system is welcome and moderately complex and the real-time battles are paced much better.

General visuals and animations are mostly reminiscent of the Rome 2 since they use the same engine but the units, soundtrack and the presentation of the historical events carries its theme well. Overall, if you are looking for a challenging RTS game, Attila: Total War is the best total war game to start with. 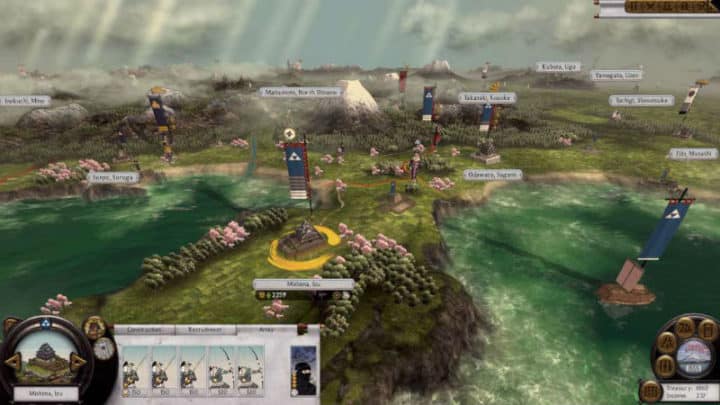 This should not be a surprise to you since Shogun 2 is probably the most beloved game in the series by fans. It reformed the series after Napoleon. The graphical and technical improvements are really visible. Each unit carries a great level of detail, the new season effects are amazing, the music is on-par with of the Medieval 2’s, the battle advisors’ lines are terrific… It is probably the most immersive Total War game in the series.

In the quest to claiming the seat of power in Kyoto, you will lose yourself in battles and diplomatic mind-games. The biggest improvement it made was on the AI (especially in the naval scene); it will push even the veterans of the series on the higher difficulties. It also has one of the best Total War DLCs: Fall of the Samurai.

The multiplayer experience was revised for the better too and there are still more than 2,000 people playing it on Steam. Even though Shogun 2 isn’t as wide historically and geographically as the other games on the series, it is one the best -if not the best- Total War games.

Whether you are a veteran RTS player or a newcomer to the genre, TW embraces all with its good mix of accessibility and complexity. Each game covers a different historical period and presents new ideas. What it doesn’t do well is letting players know where to start. If you want to jump right into the series and do not know where to start, I hope our list helped you. Whichever you choose from this list, you are guaranteed to enjoy yourself.