Destiny is one of the most popular multiplayer first-person shooter video game that you can play with other human players wherever you are. The idea is that you are a guardian of the earth, and you want to protect other people from beings and alien races that try to extinct human race.

This game was first released in Sept 2014 and its 2nd version Destiny 2 was released recently in Sept 2017.

This game is available on platforms like: PlayStation 3, PlayStation 4, Xbox 360, Xbox One

What are the Best Games Like Destiny for PC, Xbox, PS4

You are probably sick of it, especially if you have played the game for so long. Therefore, you are likely wondering whether there are games like Destiny with a similar technique but different gameplay. We decided to present you 12 games like Destiny:

Before you choose to play this fantastic game, you have to check the trailer that will show you all its capabilities and possibilities that you will engage afterward. It is filled with weapons, sci-fi, FPS, and combat.

In the same time, we have to mention that it contains incredible graphics, fantastic story, and content that you have to follow. You will enjoy in it, so try as soon as possible.

On what platforms can Killzone – Shadow Fall game be played?

Killzone – Shadow Fall can be played on PS4

The first thing that we have to mention about this game is impressive graphics that you will enjoy all the way.

The gameplay consists an open world with elements similar to RPG games. You are Aloy, who left home to explore the world and fight different dangers. There are lots of things that you can explore, which makes this great game perfect opportunity for you to play a similar game like Destiny for PS4.

On what platforms can Horizon Zero Dawn game be played?

Horizon Zero Dawn can be played on PlayStation4

Halo is an excellent game for you to play a first-person shooter on Xbox platform. There are lots of installation, which makes this great game perfect choice if you don’t want to play Destiny anymore. You just have to fight to protect other people and yourself, and of course, to win the campaign.

On what platforms can Halo Series game be played?

If you enjoy in team-based multiplayer games with FPS moments, then you will love this great gameplay. It works on the basis that you will be randomly placed in two teams of six, where each character contains unique abilities, movements, skill sets and much more.

You have to work as a team to defend points and to escort something across the map.

It is excellent, competitive game that will provide you additional fun.

On what platforms can Overwatch game be played?

Overwatch can be played on Xbox, PS4, PC

If you’re looking for more games like Overwatch, feel free to check our article. You might find your next favorite game there.

You can play multiplayer version with fast-paced combat with lots of creatures and titans as well. It is an excellent and fun game with intense gameplay which means that most gamers will love it because it reminds them on Destiny.

On what platforms can Titanfall 2 game be played?

Titanfall 2 can be played on PC, Xbox, PS4

If you’re looking for more FPS games like call of duty, feel free to check our article. You might find your next favorite game there.

If you like a combination of Destiny and Sci-Fi moments that will keep you breathless, then you have to try this fantastic Destiny alternative.

Even though it is not that popular when you compare it to other games from this list, it contains excellent gameplay, graphics and it surely deserves to be here.

The best thing about it is that you can enjoy in it for free, which means that you won’t lose anything by trying it and seeing how amazing it is.

On what platforms can Warframe game be played?

Warframe can be played on PC, Xbox, PS4

If you’re looking for more games like Warframe, feel free to check our article. You might find your next favorite game there.

If you like to play games like Destiny, then you will enjoy this fantastic game that will combine in the same time RPG, FPS and action genres. You play as one of the four in the team and the idea is to destroy everything and everyone who crosses your path.

Gameplay works through the idea that you place yourself on a desolate planet where you have to engage in fast and quick combat with powerful technology. The characters are great because they have funny and entertaining dialogue, graphics are well done, and the story is addicting.

It is one of the favorite games among people from all over the world.

On what platforms can Borderlands game be played?

If you’re looking for more games like Borderlands, feel free to check our article. You might find your next favorite game there.

There are lots of games like Destiny that you can play on different platforms. However, we finally decided to present you a skill-based system that is not that new as other games from this list, but it still contains a massive community of people that enjoy playing every single day.

The time is 2156, and the futuristic game has shown the fall of humanity, where you have to play against other players and harsh environment to survive in this world.

On what platforms can Fallen Earth game be played?

The Division contains intense graphics similar as Destiny; then you are going to love this game that Tom Clancy created.

The idea is that society has fallen and you are the part of a particular unit which is here to protect humanity from the destruction of civilization. You just have to fight against all other hostile groups that want to take advantage of the crisis.

On what platforms can Tom Clancy – The Division game be played?

Tom Clancy – The Division can be played on PC, Xbox, PS4

It started as a free game to play online, but soon afterward developer decided to create a single player mode that you have to pay for additional money. It is a huge community where you can choose a different array of weapons, vehicles, and methods of transport.

On what platforms can Tribes – Ascend game be played?

Tribes – Ascend can be played on PC, PS4

If you are keen to try playing with arch enemies in arena first-person shooter that defies laws of physics as you maintain to control the arena. You can see play online, solo, and the game is super competitive that will make you play it every single day.

On what platforms can Nexuiz game be played?

Nexuiz can be played on PC, MacOS

This is another free game like Destiny that we have to mention you. You can play it online with the colossal community and fight against other opposing empires. You can also take missions to improve your stats and fighting capabilities.

The best thing about it is that you will enjoy in amazing graphics where you cannot miss any single detail. Therefore, we can conclude that developers have tried and put effort into this game. Combination of missions, atmosphere, characters, and weapons is one of a kind, which is the main reason why we recommend you to try it.

On what platforms can Planetside 2 game be played?

Planetside 2 can be played on PC, PS4

The game follows the storyline of the TV show with the same name. The game sets you in the universe with a science fiction theme for sure. It is a third person role-playing that can be played on both Windows and consoles. This one offers the same experience just like the games similar to Destiny where you can get the mechanics easily if you have already watched the show. You can have character customization for the appearance and skills too. Also, you can edit your weapons as well and make them in the way you want. 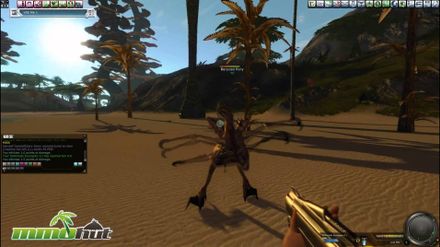 The second one among the Destiny like games that are very much fantastic and for the realistic feeling it also does a great job. The aura is really a unique experience, and the game features the MMO mode. Players can get real money by performing activities in this virtual world. Here you customize your avatar, your weapons and just get on the ground fighting all the monsters away. Even you do things like crafting and mining, so it’s quite good here to explore the world and find resources. The game gets you a free play, or you can invest a little anytime.

We have presented you 14 games like Destiny where you could enjoy a fantastic gameplay and fast-paced combat in multiplayer. It doesn’t matter which one you wish to choose because all of them will make you stay throughout the night to enjoy with other players from all over the world.