Quantic Dream’s narrative-focused adventure games are some of the most unique narrative-driven games out there. From Indigo Prophecy to Detroit, they’ve made several interesting games, from murder mystery to supernatural adventure.

Studio head David Cage is an eccentric figure in games, his games have been heavily discussed and deeply analyzed, whilst much of what he has said has been greatly scrutinized. He’s undoubtedly an interesting figure in the industry and is very much the face of narrative games.

Here are 15 games like Detroit: Become Human to check out if you need to get more of your narrative kicks. 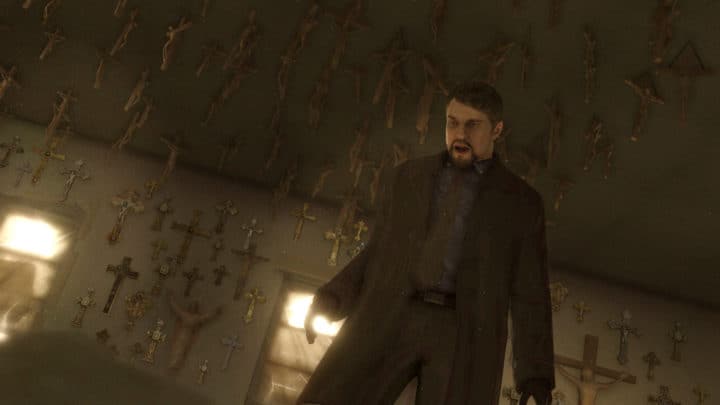 A dour and depressing murder mystery story following multiple protagonists, Heavy Rain is sure to be loved by fans of Detroit.

Heavy Rain can be played on PS3, PS4 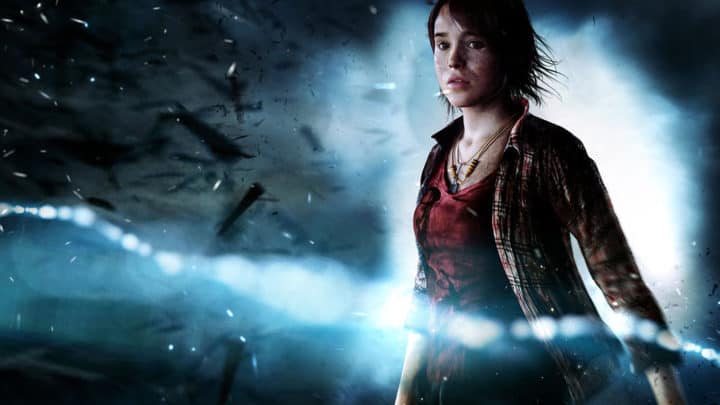 Similarly, the game that followed Heavy Rain and preceded Detroit: Become Human, Beyond: Two Souls is a neat coming-of-age/supernatural discovery story that follows Jodie (Ellen Page) and her mentor Nathan Dawkins (Willem Dafoe) as they try to make sense of Jodie’s mysterious ethereal entity, Aiden, who is connected to her from birth.

The game has you switching between Jodie and Aiden frequently to overcome obstacles as you make your way through this narrative-focused game.

It’s a cool game, and it can even be played co-op, where one player controls Jodie and the other controls Aiden.

Beyond: Two Souls can be played on PS3, PS4

Indigo Prophecy (known as Fahrenheit in Europe and other regions) was Quantic Dream’s first game in the narrative-focused style that they became known for.

It’s a weird and pretty crazy game that has you playing as multiple protagonists who must discover the truth behind a mysterious murder and the even more mysterious circumstances surrounding them.

If you like Detroit, you may be interested in playing the game that started it all. Fahrenheit is a very different game, but it’s a fun experience none-the-less.

On what platforms can Indigo Prophecy (Fahrenheit) game be played?

Telltale’s The Walking Dead has become a staple of narrative games. A modern adventure game at heart, the game follows the story of Lee and Clementine, a young girl that Lee takes under his care when he finds her surviving on her own, as they survive the zombie apocalypse that has taken over the world.

It tells a great and heartfelt story with some great characters and some difficult choices. A must-play for anyone who enjoys narrative-focused games.

Telltale’s second season of The Walking Dead follows on from the story of season one but can be enjoyed as a separate experience.

It follows a slightly older and more experienced Clementine who must survive on her with own following the ending of season one.

Another great Telltale game that brings together well-realized characters, good writing, and a dark and tragic world to tell a gripping story.

On what platforms can The Walking Dead Season 2 game be played?

The Walking Dead: A New Frontier

Effectively The Walking Dead season three, The Walking Dead: A New Frontier continues the story further in the future, where Clementine is even older and even more experienced and jaded.

Another solid Telltale game that follows the previous game’s formula to continue the narrative.

On what platforms can The Walking Dead: A New Frontier game be played?

Tales From The Borderlands takes the established Telltale formula and applies it to the vibrant and eccentric Borderlands universe.

It actually works better than you might think, with some solid characters, clever writing, and exciting action scenes.

A cool game if you enjoy narrative games and are looking something a bit more light-hearted.

Tales From The Borderlands can be played on PC, PS4, Xbox One, PS3, Xbox 360, Android, iOS

Game of Thrones is a phenomenon. Love it or hate it, you can’t help but know about it. Based on the beloved books and the fantastic HBO series, Telltale’s Game of Thrones applies their narrative formula to Game of Thrones’ dark and savage world.

A must-play for any Game of Thrones fan and highly recommended for fans of narrative games.

On what platforms can Telltale’s Game of Thrones game be played?

The Wolf Among Us is a Telltale game set in the weird and wonderful Fables universe. A darker and more mature take on the fairy tales we all know and love.

It’s a cool and unique premise that delivers an experience quite unlike anything else. 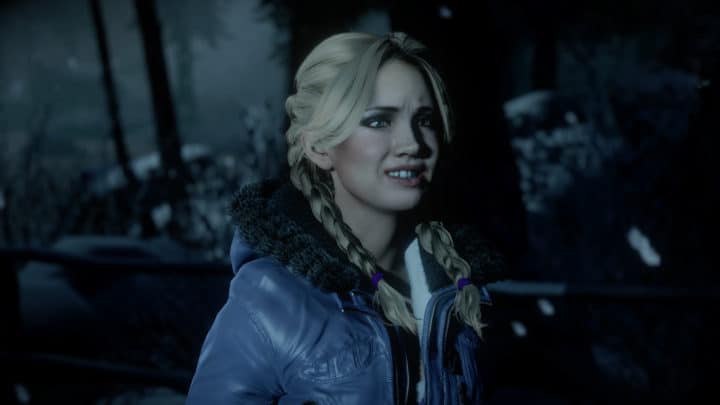 Supermassive Game’s homage to 80s teen-horror flicks is a delightfully terrifying experience. Following a group of teens vacationing in a log cabin out in the mountains, Until Dawn is a horror game unlike any other.

Until Dawn can be played on PS4

If you’re looking for more 15 Games like Until Dawn, feel free to check our article. You might find your next favorite game there.

DONTNOD’s exploration of teen anxieties, love, and supernatural time-rewinding powers. Life Is Strange is as much a teen coming-of-age anthology as it is a sci-fi story.

A wonderfully charming and well-realized game that’s sure to grab you from the outset.

If you enjoy games with a narrative focus, you owe it to yourself to play Life Is Strange.

Life Is Strange: Before The Storm

It introduces some new mechanics that replace the time-rewinding stuff from the first game.

A neat and shorter game that you’ll want to check out if you enjoyed Life Is Strange.

On what platforms can Life Is Strange: Before The Storm game be played?

Life Is Strange: Before The Storm can be played on PC, PS4, Xbox One

If you’re looking for more 12 Games Like Life Is Strange, feel free to check our article. You might find your next favorite game there.

A slightly different game than the rest of the games on this list, LA Noire blends open world gameplay and some conventional third-person shooting in with its narrative focus.

A cool and very unique game that puts you in the role of a detective in 1940s LA.

LA Noire is notable for its modern adventure game mechanics and its suspect questioning mini-game, which the game centers around.

It’s a cool and unique mechanic that has you trying to guess if a suspect is lying or telling the truth based on their facial reactions, aided by the game’s excellent facial capture.

On what platforms can LA Noire game be played?

Firewatch is a gorgeous and hugely endearing game that explores themes of loss, exploration, escape, and personal growth.

Its wonderful aesthetic and soundtrack make it a pleasant world to simply explore, whilst its gripping narrative, driven by two excellently-voiced characters’ interactions as they carry out their lonesome and vigilant forest protector jobs.

A beautiful game that everyone should experience, especially if you enjoy narrative games.

On what platforms can Firewatch game be played?

Firewatch can be played on PC, PS4, Xbox One, Switch

If you’re looking for more 15 Games Like Firewatch, feel free to check our article. You might find your next favorite game there. 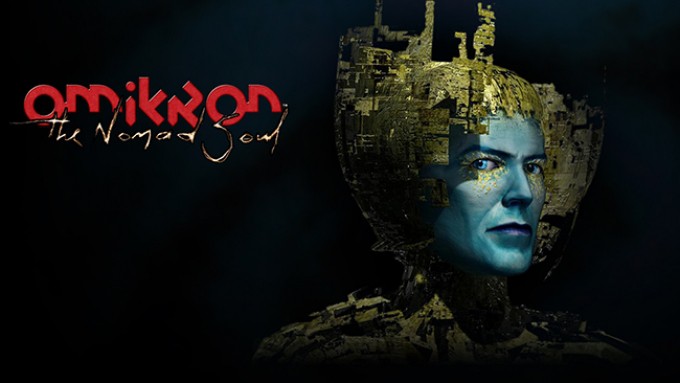 If you liked Detroit: Become Human and have already played Quantic Dream’s other games, why not check out their very first game?

Omikron is a weird mish-mash of the shooter, fighting game, puzzle game, and adventure game. It’s mainly an homage to the cyberpunk genre, but it also features elements of neo-noir and other stuff.

A truly unique game and perhaps one that doesn’t entirely hold up, but Omikron is still worth seeing.

It also features a David Bowie cameo, too, so that’s something.

On what platforms can Omikron: Nomad Soul game be played?

Omikron: Nomad Soul can be played on PC, Dreamcast

These are 15 great games like Detroit: Become Human that you should check out if you enjoyed Detroit and are looking for more.

If you think there are other games like Detroit: Become Human that should be on the list then feel free to mention them in the comments section below.