Devil May Cry’s signature stylish action, badass boss fights, and incredible set pieces make for quite a unique experience, one that no other game series has quite matched.

Here are 14 games to get you hyped for Devil May Cry 5.

Can’t wait for the next DMC game? Looking for some fast-paced, stylish, and all-around awesome character action to keep you going until 5 launches? Why not play the most recent DMC game: 2013’s DmC: Devil May Cry.

It was pretty controversial amongst fans when it launched because of the re-designed Dante, who was changed into a younger, cockier character. The character certainly can be a little grating at times, his quips and one-liners can get a little tiresome, but the game itself is sharp, flashy, and brilliant.

A tight and exciting character action game that’s sure to get you hyped for DMC 5.

On what platforms can DMC: Devil May Cry game be played?

Since 5 seems to be going back to it’s numbered roots, you may be better suited playing the up-pressed HD collection, which includes the original three games.

Recently, re-released on PC, PS4, and Xbox One now is the perfect chance to jump back into these classic PS2 action games.

On what platforms can Devil May Cry HD Collection game be played?

Similarly, Devil May Cry 4 has also recently seen a re-release on current consoles and PC, so now is a great chance to play it if you never have, or re-explore it if you already have.

A slightly different game to the others, and a somewhat contentious game amongst fans, Devil May Cry 4 sees you play as Nero, instead of classic protagonist Dante.

Nero wields some different powers, abilities, and weapons than Dante, and as such, the action flows differently. The original PC version of Devil May Cry 4 had some issues so the Special Edition release is a great chance to play the game on PC.

On what platforms can Devil May Cry 4 Special Edition game be played?

Devil May Cry 4 Special Edition can be played on PC, PS4, Xbox One

If you’re looking for more 15 Games Like Vampyr, feel free to check our article. You might find your next favorite game there. 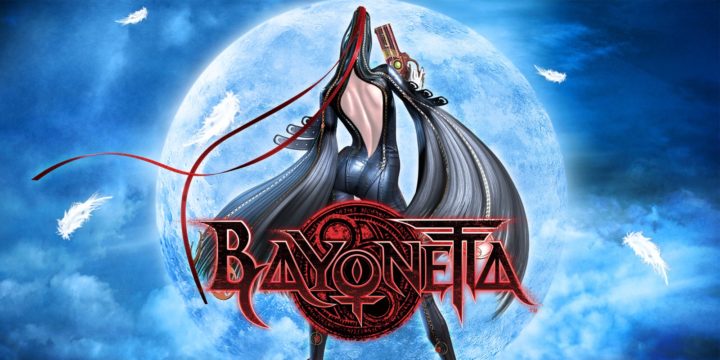 Platinum Games’ are some of the most well-versed devs when it comes to stylish character action games. Bayonetta, their flashy, crazy, extravagant, and over-the-top action masterpiece is one of their finest games.

It mixes tight, tough, and intense action with some truly insane set pieces to create one of the wildest and most bizarre games ever made. It’s truly wonderful and utterly unique. You owe it to yourself to experience Bayonetta.

The game recently came to Steam, too, so now’s your chance.

On what platforms can Bayonetta game be played? 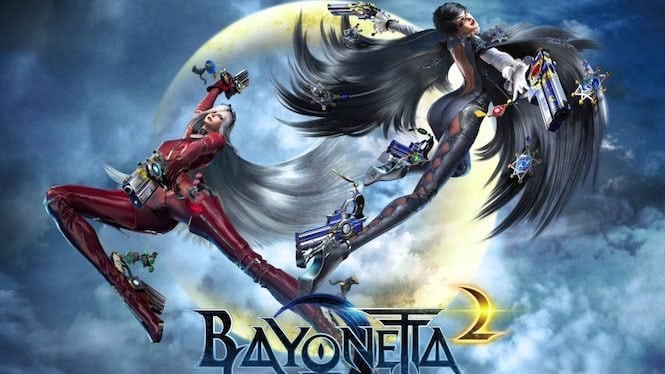 Similarly, Bayonetta’s sequel, which is, unfortunately, WiiU and Switch exclusive, is another wild and crazy action game. Bayonetta 2 continues the first game’s trend of being as wild and unpredictable as possible whilst maintaining the tight and exciting action.

A great game that is unfortunately limited to only Nintendo platforms.

On what platforms can Bayonetta 2 game be played?

Bayonetta 2 can be played on WiiU, Switch

Another of Platinum’s great action games, Metal Gear Rising: Revengeance maintains the spirit of fast-paced, fluid action, dramatic boss fights, and epic set pieces. It’s a neat game, perhaps a little on the short side, but a thrilling experience none-the-less.

It could even be your entry-point into the weird and wonderful world of Metal Gear Solid.

On what platforms can Metal Gear Rising: Revengeance game be played? 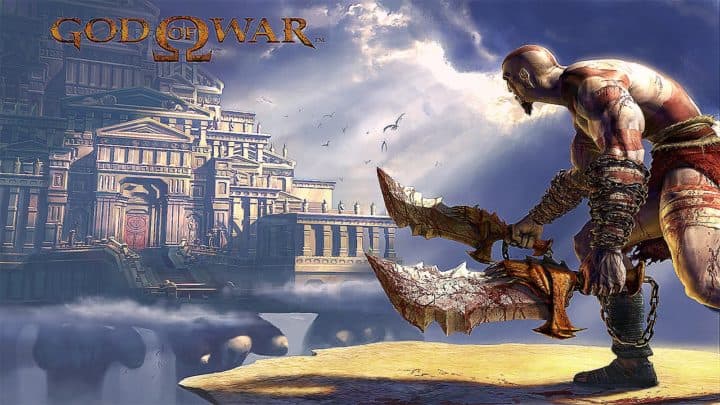 The original God of War was an epic and mind-blowing game when it came out and, although it has been surpassed by its various sequels, is still a pretty cool game.

Its fast and intense action still holds up, whilst the puzzles are still engaging and fun.

On what platforms can God of War game be played? 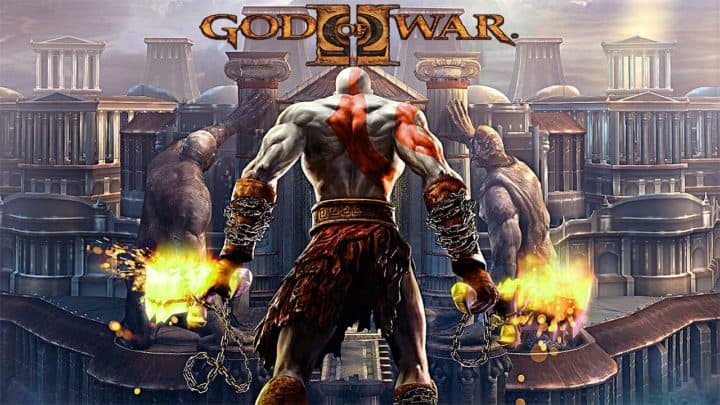 A slightly more polished, better-looking and more badass. God of War 2 took everything its predecessor did and does it bigger, better, and more audaciously.

On what platforms can God of War 2 game be played? 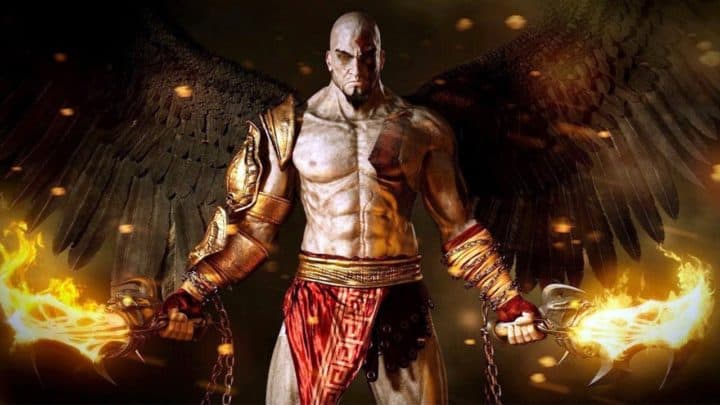 The third God of War game is easily the best of the original games. Tighter, more concise, well-structured, and meticulously paced. God of War 3 is a superb action game that games today could still learn from.

If you’re going to play any old God of War game, God of War 3 is definitely the one.

The PS4 remaster offers a sharper experience that looks great at a silky smooth 60 fps.

On what platforms can God of War 3 game be played?

The 2010 Castlevania reboot that ended up being the best-selling game in the franchise’s history, Lords of Shadow took the vampire series from its 2D side-scrolling roots to a 3D character action game.

Lords of Shadow certainly wear some DMC influence on its sleeves, with it’s tight and fluid action and interesting puzzle-solving.

On what platforms can Castlevania: Lords of Shadow game be played?

Castlevania: Lords of Shadow can be played on PC, PS3, Xbox 360

Ska Studio’s dark, twisted and devilishly-stylish Dishwasher games are as brutal and messed up as they are fluid and awesome.

It may be 2D and side-scrolling, but it maintains the fluidity and fast-pace of DMC’s stylish combat.

On what platforms can Dishwasher: Vampire Smile game be played?

Dishwasher: Vampire Smile can be played on PC, Xbox 360, Mac

A dark, fast-paced and intense game inspired more directly by Dark Souls, Nioh is a fast and stylish action game with some RPG depth.

On what platforms can Nioh game be played?

Nioh can be played on PS4, PC

Platinum Game’s weird, dark, funny, crazy, unpredictable, and harrowing robot-apocalypse game is as weird as it is stylish.

Robot philosophy takes precedence in this fast-paced and stylish action game with some unforgettable moments.

Everyone should Nier Automata. It’s really something.

On what platforms can Nier Automata game be played?

Nier Automata can be played on PC, PS4, Xbox One

Lords of the Fallen

Another game heavily inspired by the Dark Souls games, it offers fast, intense action in a dark and gritty world.

Like Nioh, it’s a tough and challenging game that demands a high level of skill and patience. Difficult boss fights fill this game, and you’ll undoubtedly die many times on each one.

On what platforms can Lords of the Fallen game be played?

Lords of the Fallen can be played on PC, PS4, Xbox

If you’re looking for more 15 Games Like Fallout 76, feel free to check our article. You might find your next favorite game there.

Enjoy! Let us know in the comments if you enjoyed any of our recommendations and if you think we missed anything!

If you think there are other games like Devil May Cry that should be in the list then feel free to mention them in the comments section below.

20 Games Like Detroit: Become Human
15 Games Like Fallout 76 To Get You Ready For West Virginia (PC, PS4, Xbox One)