Check out our collection of best MMORPG games like MapleStory for Android, PC & PS4. You can play on Windows, PlayStation, MacOS and on Steam.

MapleStory comes in a 2D mode, but the gameplay has got millions of fans and continue in the way each year. It’s Korean gameplay that first came in 2003, and since then regular updates always amaze the fans to experience something new in the aspect of quests, items, classes, themes, etc. the gameplay is not just free to play, but it is very easy to get the mechanics and continue your gameplay. So here I am with fifteen games like MapleStory that feature the same concept with adorable characters so you can go into that zone all over again but with different games.

The game offers you a 2D side-scrolling and to play you just need an account and tutorials will be on your screen to move forward. There you can choose from dozens of jobs to do and just go with the flow. If you know how to control those mouse and keyboard, then you are ready to go with these games similar to MapleStory.

Well, a very clean plus beautiful world LaTale has to offer its players. Another one in the 2D side-scrolling games that offers MMORPG. It’s also a Korean game form that was developed in 2006 and later got to other regions as North America in 2008. The game world has a lot of exploring that world in the side controlling manner with all the cute and loving characters. Here you encounter several quests that make you able to travel the world and this way you gain high levels with several upgrades. The main thing that attracts to the gameplay is the polished look with three green sceneries all around. 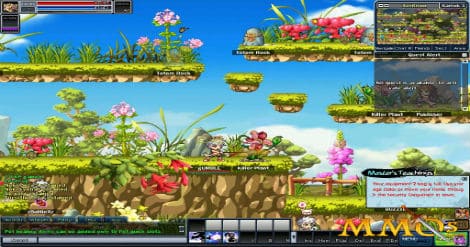 It follows the same base and hence comes from the Maplestory like games. The game supports the 2D mode for the scrolling MMORPG genre where you find a lot exploration as the content is rich and deep. You are set in a fantasy world where evil powers are established their empire gradually, and you are on the aim to stop this from happening. You are the hero of the human race that is stuck in the world of evil things. To make it more fun, the game gives you some options to change your avatar such as those eyes, hair, weapon, and even gender so you can feel that character in the game with your personality. 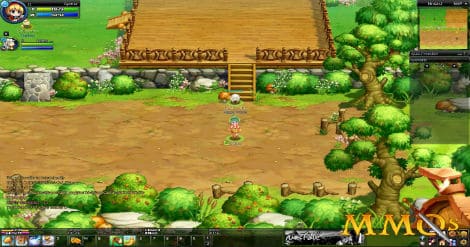 NosTale offers the MMORPG feature with very much beautiful graphics that are so stunning and captivating. The game has been gaining fans since 2006 that was for the Korean audience, but now it’s set up as an international game that features several languages. You are the savior who goes on an adventure who saves the world from Fernon, evil that wants to make the world a dark place. Pay attention to the main motive by crossing several missions and explore things. As it is an MMO so it can be a great place to play with your friends and see how good you are. 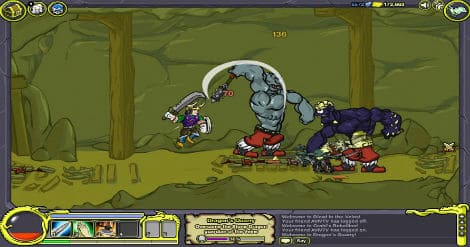 A scrolling MMO game that allows you to play in the browser. So players don’t feel the hassle of downloading anything. The visuals are always nice that makes the adventure more interesting

While you are exploring the land of Elyria. Here you arrive via ship, and it is an island as you can understand that serves you as a new world where your guests are going to happen.

You can choose from three different classes with some character customizations, and you can choose gender too. These classes are a paladin, rogue and mage and each of them have different abilities as defending and healing, fast moving, skilled in combats. 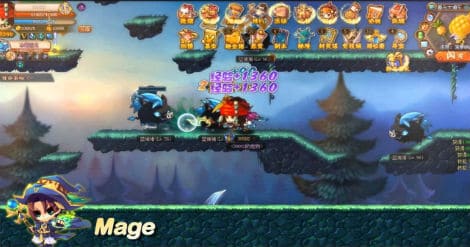 One of the games similar to MapleStory that is again the 2D mode and offers a side-scrolling genre. The gameplay can be experienced in the browser with very impressive visuals just like the MapleStory. The content holds depth so you can’t go out of play, there are several other features too that makes combat experience efficient and there are years that are always exciting. Controls are all simple that needs some basic mouse moves and keyboard skills. So, all these make it so much enjoyable to explore Rainbow Saga. Go there with your preferred gender from male or female and complete the missions that are all instructed. 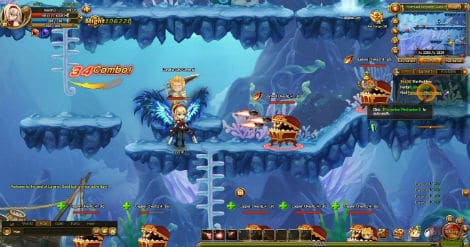 This store offers you 2D side-scrolling game in the MMO ode with the role paying feature since 2013 it’s been in the air that continually enhances the depth and graphics too. Here you encounter things like evil power, god, and other compelling factors that make you be in the game for long. The gameplay is casual, so mechanics come easily to learn just like other ones ion the genre. Players have choices to create the house of character, choose a class from swordsman, elementalist, and hunter and be ready to experience the amazing world of Lunaria.

#7 The World of Magic 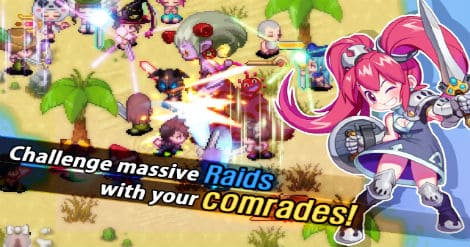 An MMO game that brings somewhat action in the quests so you can enjoy that large scale of battles. The multiplayer ability makes it even more interesting that everyone wants to r6ab it on their devices. There are three classes to choose from which are named powerful spellcaster, the nimble archer and melee fighter. So you can choose what suits you and be ready to explore the depth of the content eth plenty of customization options. Bringing the action RPG mode, the game sets you in the land with your cheater where plenty of quests and adventure are waiting for you where movements are mouse controlled. 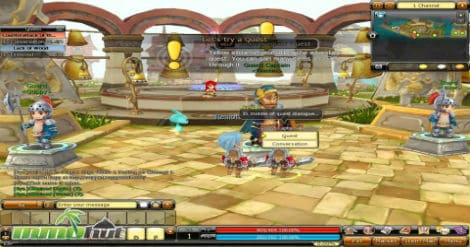 Unlike other following the same concept Dragon Saga is known for its improved form, and that is the 3D side-scrolling. It would be very nice to feel the genre in a 3D mode where everything just feels realistic and in form. You will feel it just like the MapleStory but in an advanced environment and of course improved graphics. So there is no doubt that the game explains millions of fans that are going on day by day. In the game, you are in the land of dragons with the wars going on all around. As being a side-scrolling mostly horizontal moves and somewhat verticals are allowed. 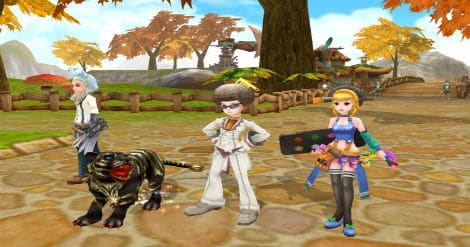 Yeah, that’s right because Flyff seems like another name of having fun in the gameplay. One of the games that launch the MMO mode for the genre and Flyff made this move in 2005. The one reason behind the success of this game is the flying mechanism that allows you explore places in the flying mode so no need to walk on your tiny feet. So players always try this gameplay at least once and when they find flying so much fun the get addicted to the gameplay. The content is wide, so you can enjoy quests, battles, explorations, and flying too. Also, it is considered as a social game where players connect to each other and enjoy it together. 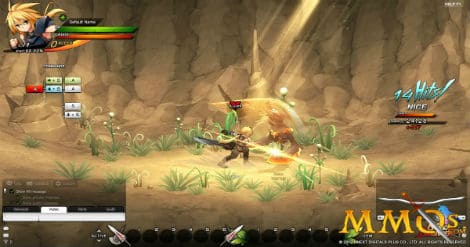 Quality gameplay that makes it being here on the list of Maplestory alternatives. It is again the side-scrolling genre that features MMO, and the visuals are impressive too so you won’t lack anything in the game. Unlike other games, this one is set on the planet named Xylon so; you are in the future. The game serves you for playing the role of a hero who is after the Blasters to hunt them to the death. Blasters are like an evil power which is draining the life and making it fade by time. So you just choose your race, and your journey starts where you are responsible for stopping this evil going on. 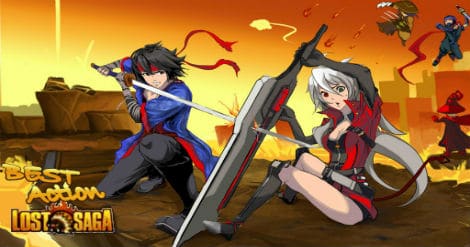 If you want to experience the genre in the animated form, then Mabinogi seems the right place for you. There is a vast content, exciting features, and options for your character so you get your perfect anime. Your character goes through several quests, understand the concept and mechanics and grow up learning skills and grabbing the talent. You can select from the race that makes you human, elf or giant, so these are threes choice that you have. When you choose Elf you are an archer and giants are proficient in melee based combats and not in the archery or any power. 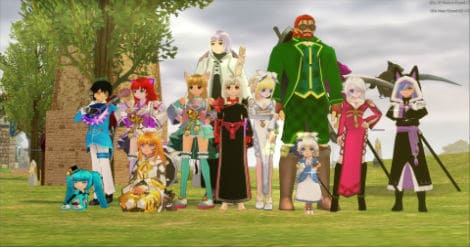 Lost Saga is a must have when you want Maplestory like games as it justifies the scrolling based genre. Also, the game features the 3D mode, so there is no way that you are not going to try this one. The game with its three-dimensional aspects was launched in 2009, and the evolution has been in progress for the characters, game modes, and even the community. The game also justifies the PvP where you are free to choose from various characters approx. fifty or more than that. Get your choice of styles, options, skills, and strategy before initiating the gameplay. So, this one is considered as the most attractive gameplay for this genre. 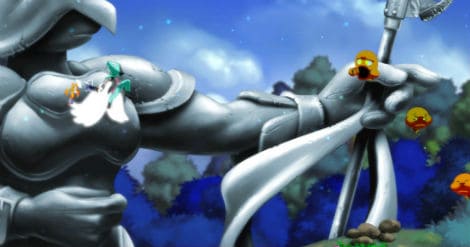 The game is about the Dust who is a warrior left in the forest. Now you perform the role of dust and find yourself all post in the forest with no memory at all. You need to find that who you are, and for that, you get several missions and quests. The story begins in the town Aurora where monsters have been ruling, and the people living there have surrendered themselves against the evil power. The game also gets you some other quests that you don’t feel connected to the main storyline, but they are worth playing as they get you additional skills and resources.

Also, monsters are not easy to get as they all have special abilities like flying, generating fire, and much more. 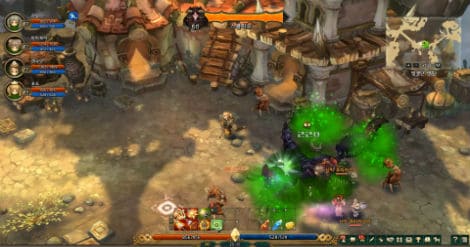 The Tree of savior always attracts with its charming visuals and characters that seem adorable yet powerful. The MMO title is one of the finest Maplestory alternatives, and the game takes you through several beautiful landscapes, and the beauty here is enough to catch you for playing here. The mission is to find the goddess of the world that is in prison or not able to serve the world. Now as you complete missions by putting up battles you find more clues about the goddess and the way to release it from the chaos. You can choose from four classes: cleric, swordsman, wizard, and archer. Each class comes with unique skills and abilities, so you go wisely and see what is best for you. 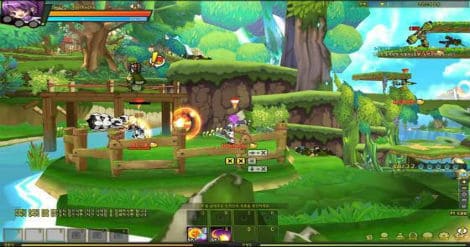 A game with very attractive graphics that offer you sceneries all around with MMORPG experience. It is unique gameplay as it features a 2.5D side-scrolling mode that made its way in 2007 and 2011 to North America. There are several exciting features that the game includes such as PvP, guilds, community support, efficient combat system, etc. you are in the land of Elrios and all the power it gets from a stone named El Stone. But as the stone gets disappeared, so a team of adventurer goes on in search of it. You are the searcher whose aim is to get back that stone exploring several regions.

The genre brings you exploring several towns and lands. There are quests, resource gathering, and exploring to feel the adventure. All these fifteen games like MapleStory provide these experiences, and some of them offer even more such as the flying skills. So pick up the one that seems the ultimate adventure to you, create your character and go on completing your missions.