Monkey Quest was a multiplayer game launched in 2011 by Nickelodeon. This MMO game quickly gained massive fame all over the world. Soon, it became a favorite pastime game among children. Moreover, this game was parent-approved as well because it encouraged learning.

Kids would create their virtual monkey avatars and explore the magnificent virtual world of Monkey Quest.  Set in a fictional land called Ook, the game allowed players to embark upon a mystical journey. They would meet and interact with other characters, form alliances, and fight missions together.

Sadly, Monkey Quest was discontinued in September 2014. Ever since then, gamers have been looking for good games like Monkey Quest that can be considered as alternatives. Such immersive and positive virtual world videogames are rare to find. So, we have curated a list of the 8 best games like monkey quest for you.

Released back in 2008, AdventureQuest Worlds is a popular role-playing online game that is massively multiplayer and browser-based. It was developed and launched by Artix Entertainment. This is an exciting game that takes you on a thrilling expedition involving several exciting challenges and combats.

The game follows a storyline and involves two parties of fighters, the Good and the Evil. The player arrives as a character called ‘Hero’ and has to fight several battles against monsters. This will enhance the player’s abilities and provide him with added strength.

AdventureQuest consists of several chapters and you need to proceed by winning quests and completing the assigned missions. Packed with fantasy and thrill, this game is perfect for players who are seeking some virtual adventure. 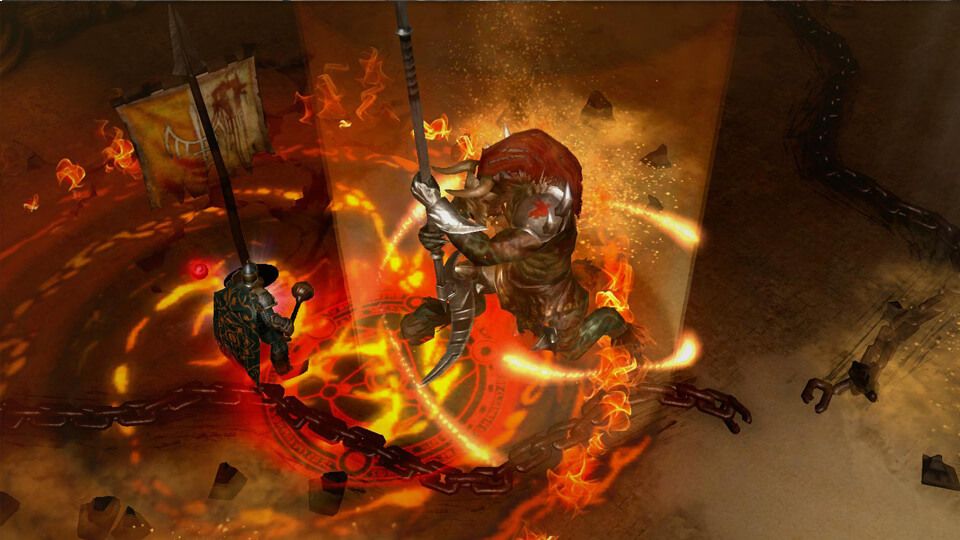 Drakensang online is a role-playing game developed by Bigpoint and released in August 2011. Within a month of its release, over 850,000 accounts were created on the game website. It has been received positively worldwide and has also won several accolades and awards.

Set in the fictionary world of Duria, it offers you to choose a character from four choices. All of them have special abilities and characteristics. Then, you will be able to embark on a magical journey of mystery and conquests.

You will get the opportunity to explore exciting cities, dungeons, and more. It also allows you to form alliances with other players. Progressing in the game will require you to win invincible quests, finish missions, slay monsters, etc.

Spiral Knights is a much-loved MMOG developed and published by Grey Havens. It was released on 4th April 2011 and within the first 3 months, it garnered over 1 million accounts. This massively successful game has won several awards over the years including the Best Online Game Design award.

You could play it either solo or in a multiplayer mode. This is a Space Opera adventure game that involves the Spiral Knights who are an army of the planet Isora. The game starts with the ship of the Spiral Knights crashing on the planet Cradle. Here, you will have to come across several herds of enemies.

Defeating them will allow the game to progress and reward you with exciting equipment and weapons. It gives you a real-time gaming experience along with plenty of action and adventure. Perfect fantasy-based online game for all the adventure seekers! 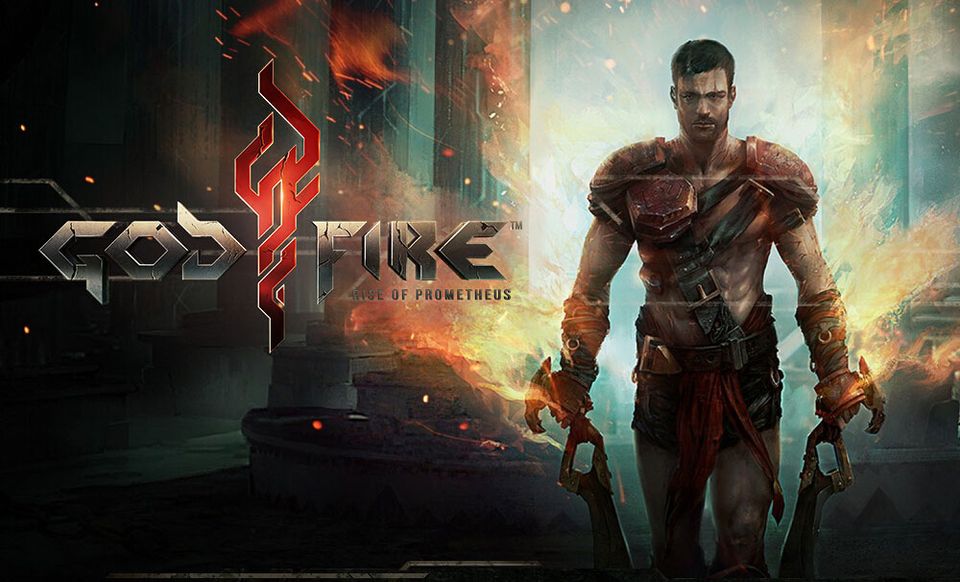 Godfire: Rise of Prometheus is a single-player adventure video game. Just like Monkey Quest, this game’s environment features amazing customizable characters or avatars. After you have developed your avatar, you can now start with an unforgettable adventure.

The player will be controlling the mythical creature Titan Prometheus who is on a mission to retrieve the spark of fire. To achieve your goal, you’ll have to defeat several bosses and chaotic enemies.

You will have certain skills and abilities and a health bar too. Besides fighting enemies, you also need to solve a couple of tough puzzles to progress in the game. This feature makes it one of the best games like Money Quest.

The Endless Forest is an online multiplayer game based on exploration. It was developed and published by the Belgian studio Tale of Tales. Released in February 2006, the game went on to receive mostly positive feedback from the players. Set in an open world wildlife environment, the Endless Forest puts you in the role of a fawn.

Your main aim would be exploring the peaceful forest. Over time, the fawn grows up to become a stag. There are several interactive activities you can be a part of while playing the game. These include playing games such as hide and seek, tag, pool parties, etc. with other players.

Regular activities include eating, drinking water, exploring the peaceful jungle, and sleeping under the trees. The Endless Forest allows you to experience life in the wilderness while exploring the mysterious forest. 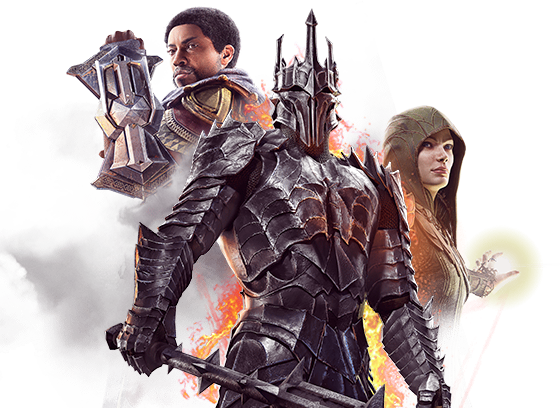 It has been developed by Monolith Productions and released in October 2017 by Warner Bros. Set in the world of much-loved fantasy movies: The Lord of the Ring series, it is the perfect role-playing game for anybody who loves fantasy worlds.

It garnered positive reviews and was even ranked as one of the Best Games of 2017 by Entertainment Weekly. The player is the protagonist in the game’s storyline and has certain combat and athletic abilities. These will help you triumph over several missions embedded with enthralling quests. 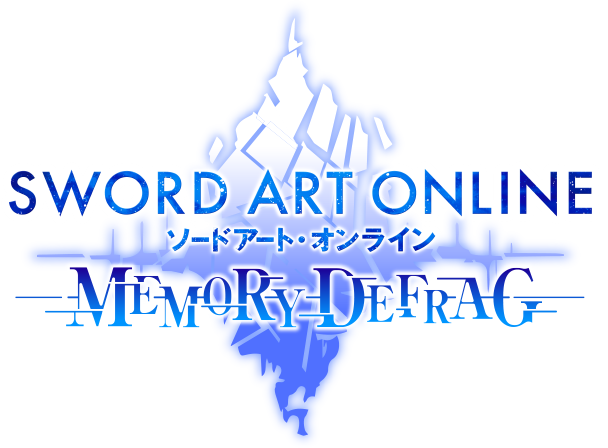 Sword Art Online: Memory Defrag is one of the most well-known role-playing anime games in the world. It was released by Bandai Namco on 23rd January 2017 and was developed by GREE, Inc.

This is a free multiplayer RPG game that allows you to live your favorite anime storylines. Sword Art Online: Memory Defrag is an adventure game that employs action as well. Moreover, it includes characters from the original Sword Art Online manga series.

The player will join the band of valiant sword fighters: Kirita, Asuna, Leafa, etc. They are characters from the SAO manga itself. As you progress in the game, you will be able to upgrade the character powers and gain unique abilities and weapons.

WolfQuest is yet another game like Money Quest, if not better! It provides the players with an enriching gaming experience. It is a 3D video game developed by Eduweb and launched in 2007. Needless to say, it attained success soon after and went on to have several new versions released since then.

Besides being a highly interactive and engaging game, WolfQuest is also very educational. It is a worldwide recognized game that encourages wildlife knowledge and instills the mentality of wildlife protection among children.

WolfQuest was awarded twice in 2008 in the categories of Best Serious Game and the Best Multiplayer Game. It has bagged several other awards as well including the prestigious Education Award from AZA.

The above list of games like Monkey Quest will open the doors to amazing opportunities to enhance your gaming experience. Monkey Quest was a massively popular game and the reason behind is its super engaging storyline and enthralling quests.

Hence, gamers were in much need of replacement ever since Monkey Quest was shut down. The games mentioned in this blog are some of the games like Monkey Quest that will give you a similar gaming experience.