Rolling Sky is a very popular and interactive mobile game with over 53 levels. While it surely is a people’s favorite, players still might want to look up some other games like Rolling Sky for a bit of change.

Launched on January 16th, 2016, by Cheetah Mobile, Rolling Sky has been a worldwide success. It puts your reflexes to test and over time improves your reaction time. Action-packed with a stunning scene and 3D effect, Rolling Sky allows the player to get a better interaction with the traps and barriers in the game.

Moreover, it was one of the top-rated free games (2017) on the App Store and also, the top game on Google Play (2016). So, finding a capable competitor for Rolling Stone could seem like a hard task. But, here we are with some of the most thrilling and addictive games like Rolling Stone. 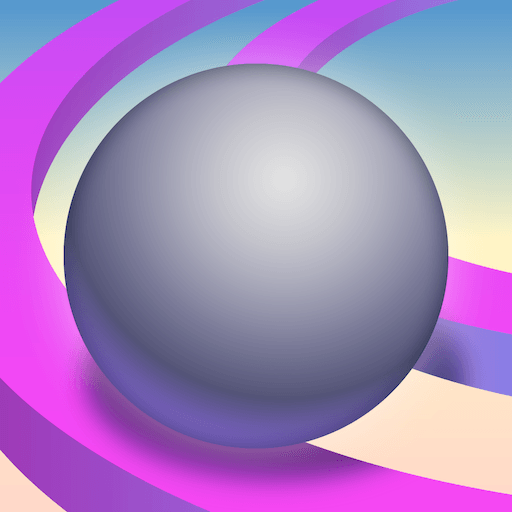 Tenkyu is a sort of ball balancing game in which you need to maneuver the rolling ball until it reaches the flag. Available on both the App Store and Google Play Store, it was launched back in January 2019. Today, it is preferred by the players as a relaxing and peaceful game which it really is!

You are required to swipe with your finger and tilt the phone to tilt the platform so that the ball rolls. The only thing that could cause the player’s death in this game is falling over. This can be avoided by not tilting the phone too much.

Once you start playing Tenkyu, it would soon become a peaceful part of your daily schedule. So, you must give it a try if you are on the lookout for games like Rolling Sky. 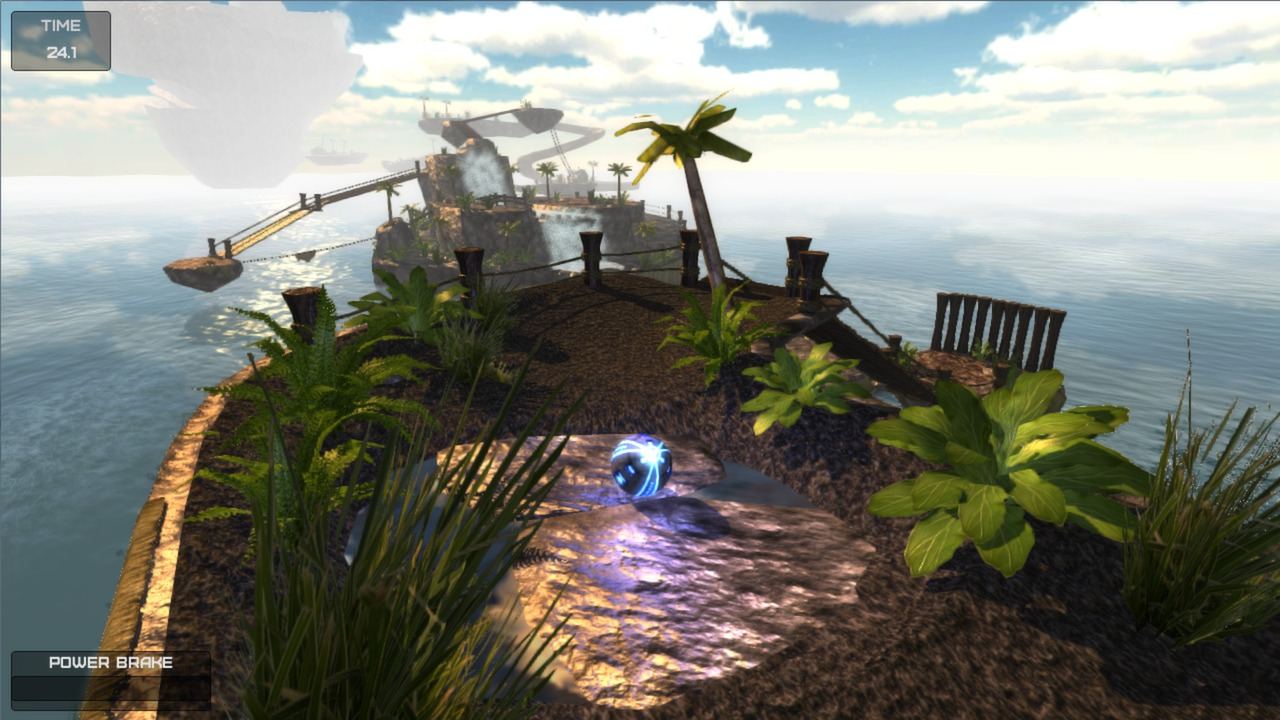 Spectraball is yet another one of the fun, single-player, and puzzle-based games like Rolling Sky. This game was produced by Shorebound Studios. It includes several challenging levels to be cleared by the players.

Spectraball is extremely particular when it comes to providing players with a great gaming experience. The gameplay is rather fast and requires the player to take charge of the ball as it progresses in the game. You will witness intricate and peculiar gaming environments like forests, terrains, mountains, and so on.

What you need to do is proceed through the obstacles by figuring out the solutions to mind-bending puzzles. Provisions of collecting power-ups to upgrade your abilities also exist along with an interesting list of mini-games within the game itself. 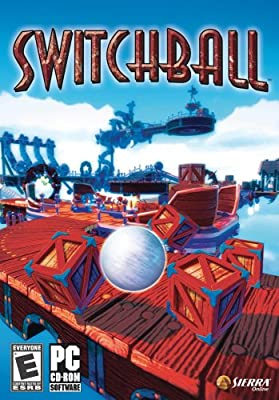 Switchball is an amazing exploration game that puts its focus on puzzle-solving. Rated as one of the top games like Rolling Stone, Switchball might even be a better alternative to consider. You can play it alone or with friends as well.

You will come across five wonderful environments in Switchball that are sure to glue you to the game. These 3D environments allow you to guide the marble via several routes and courses. You shall be faced with plenty of traps and challenges.

Each level comes with a time level and upon completion, you will be led to a new level. The obstacles such as blocks, clothes, spinning wheels, cannons, etc. will try to set you back. So, if you love excitement, adventure, and good graphics, then this is one of the best games like Rolling Stone for you. 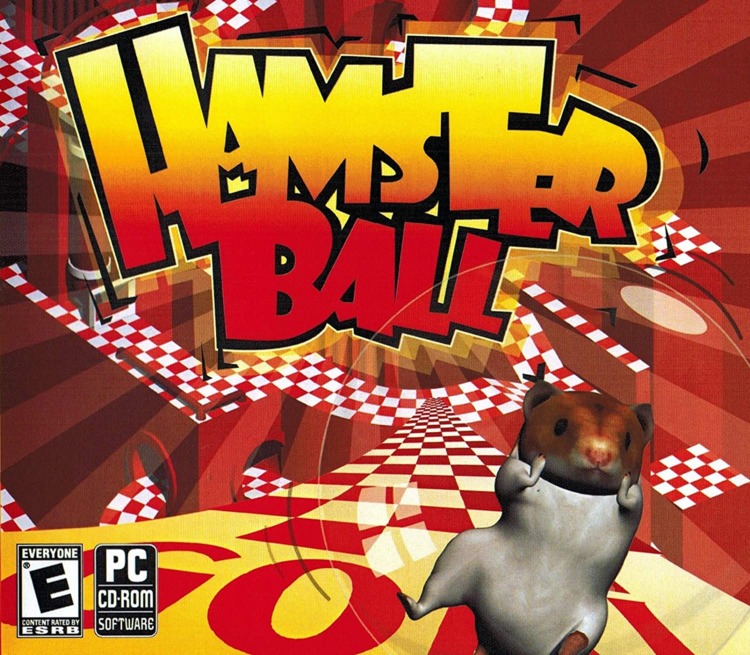 Hamsterball is an amalgamation of adventure, puzzle-solving, and racing. An amazing video game launched by TikGames. Here, the player will receive the opportunity to take up the role of a hamster that rolls like a ball.

It takes you on a dreamy journey with several levels taking place in different worlds. Now, each one of these levels come with their own barriers and challenges. And just like a lot of other games like Rolling Sky, Hamsterball too requires you to clear the levels within the given time-limit to progress to the next level.

If you love playing Rolling Sky, then you will get addicted to Hamsterball. Also, it can be played in both single and multiplayer modes. With excellent visuals and amazing gameplay, this game is sure to appeal to you as one of the top games like Rolling Sky.

Sky Burger is a stacking game released by NimbleBit back in 2009. It belongs to the strategy genre and is a single-player game that can be played on both iOS and Android platforms. Also, it has been downloaded more than 27 million times so far.

The player needs to catch and stack the burger ingredients falling from the sky. This in turn has to be done according to the orders received. After each order is done, you will receive the cost of it along with a tip. Then, you can continue with the burger making.

Furthermore, there is the ultimate burger called Sky Burger wherein you can catch as many materials as you can for the burger. You just have to prevent the burger stack from tripping over. The game has been well-received by the players and holds a rating of 4/5 stars on the App Store and 4.2/5 stars on the Play Store. 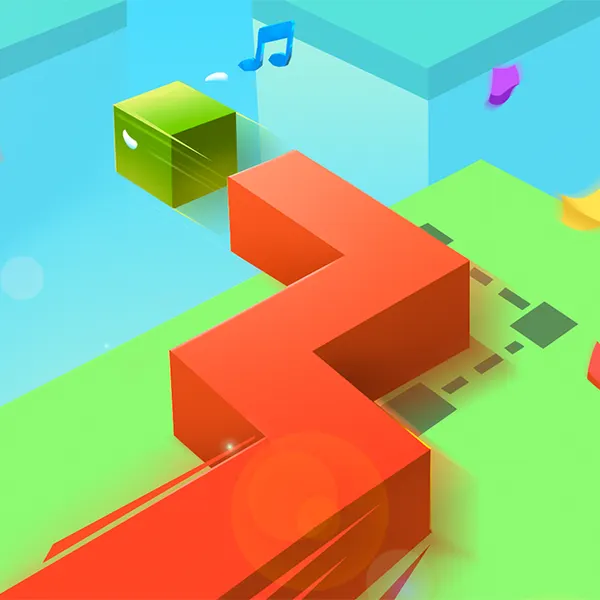 Dancing Line is a unique game that incorporates specific soundtracks to evoke emotions from you into its gameplay. Released by Cheetah Games, the goal of the game is to guide the snake through all the levels by changing its direction of movement.

You will come across several beautiful levels and environments with different rhythms. Hence, the game will test your reflexes and rhythm synchronization. The secret to winning Dancing Line is to become one with the music because this is what guides you throughout.

Cheetah Games is the creator of Rolling Sky as well. So, we can all agree that they are quite competent to create other good games like Rolling Sky. Dancing Line is a complete gaming package with amazing levels with increasing difficulty bar, simple controls, and an exceptional concept of rhythm. 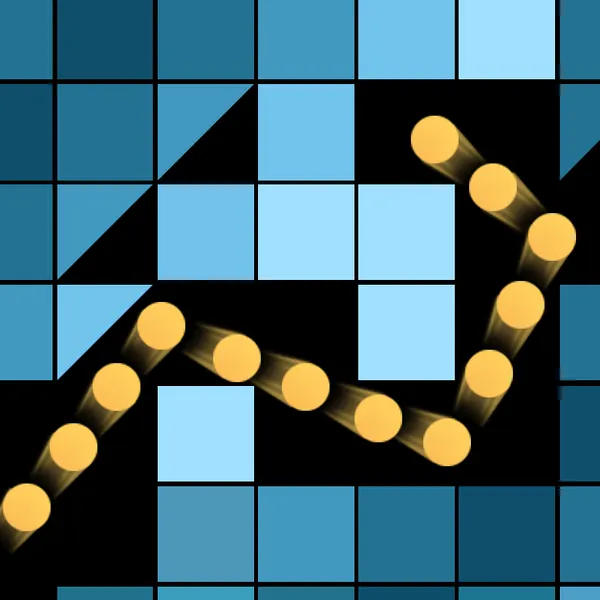 Brick N’ Balls is yet another amazing game like Rolling Stone developed by the same creator, Cheetah Games. This one is a challenging game that will test your brain cells for puzzle-solving and attention.

It involves the age-old brick-busting but becomes much more fun and challenging when you get started with it. The aim is to look for the correct angle to clear the game with the perfect 3-star score. While it does seem like a difficult task, you can achieve the same by using some power-ups.

If nothing works, then you can simply shake the board to break all the bricks. Besides being challenging, it is also extremely satisfying. You need to use your logical ability to bust the bricks given on the board with a specific number of moves. So, do you think you have it in you? Why don’t you give it a try and find out!

These were some of the top games like Rolling Stone. Games involving balls, obstacles, and adventure can put your problem-solving ability to the test. Once you clear the levels one by one, you’ll find an immense sense of accomplishment and satisfaction filling you up. So, let’s try playing one of these games like Rolling Stone now!