Here you will find some best games like Uncharted. The game Uncharted follows the concept of the action-adventure genre while offering a third-person perspective shooter game. The main character Nathan performs the role of an adventurer who explored several mysterious lands, and his journey reveals several worth treasures.

Gameplay is set in the 3D environment that combines action-adventure elements. You have all the abilities like jump, climb, swing, swim, grab, and several other acrobatic actions. Also, you get several weapons as you unlock levels and make progress. These weapons can be your rifle, shotgun, and other handy gears. Now, I’ll take you to the alternatives that are really worth playing just like Uncharted. 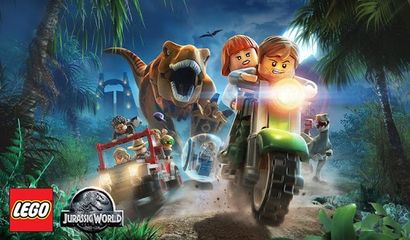 The game follows the same genre of action adventure but in the Lego world so it is pretty interesting to play this one. Like its name, the environments are set in the Jurassic World where you actually fight against those giant dinosaurs like species.

Gameplay includes adventure, and that means roaming in the vast world. Also, the action keeps that excitement awake of exploring more and more. There are over twenty game worlds to explore and several levels that bring you puzzles too. You can choose from several characters which come with unique abilities to crush all the obstacles coming in the way. 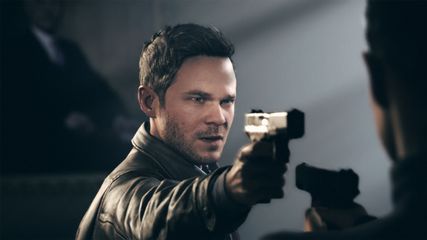 Another great game that is one of the best alternatives to Uncharted. It is based on the concept of time travel where the protagonist travels in different times with the ability to explore and establish battles whenever necessary. The spectacular graphics are really worth paying where you as Paul experiments with the time and discover things.

Gameplay gives you five different games where you can take the cutscene to understand the scenario. Here the camera remains the third person perspective where you take advantage of the action-adventure genre with time traveling elements to fight against the enemies. So let’s test the power of time traveling with this game. 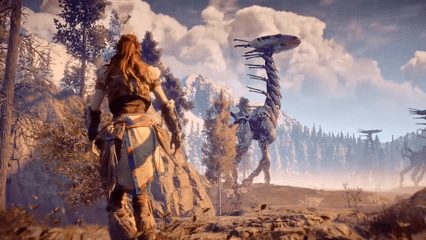 The first thing that we have to mention about this game is impressive graphics that you will enjoy all the way.

The gameplay consists an open world with elements similar to RPG games. You are Aloy, who left home to explore the world and fight different dangers. There are lots of things that you can explore, which makes this great game perfect opportunity for you to play a similar game like Destiny for PS4. 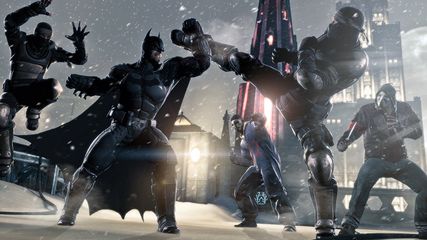 If you are more a DC superheroes fan, then you must experience the gameplay where Batman is your ultimate character. Following the same genre, this one comes among the games similar to Assassin’s Creed. Being the third game in the series, it gives you the open-world adventure in the Batman universe.

Player’s main aim is to save the character that is a less experienced Batman and a reward on him draws everyone’s attention to capture and bring the Batman to the evil. Gameplay uses the stealth system that helps Batman to hide his looks and survive there. Other gadgets are available too such as grapnel gun, t smoke pellets, some throwing weapons, etc. 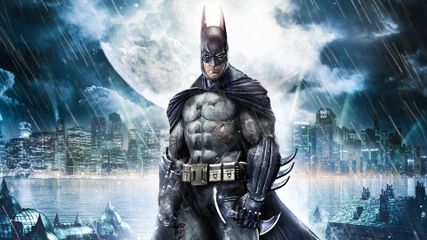 First one in the series and one of the games similar to Tomb Raider too. It mainly gives you action with an adventure that is all about the war between the Batman and the Joker as always. So you always try saving your back from that Joker’s trap and end all these things.

You can make use of abilities like stealth, combat, detective, and other gadgets to fight the evil.

Gameplay includes the third person perspective where you can make almost any move to travel the places and defense from attacks. It is also a puzzle solving game where you can use the Detective mode and find out all the traps and enemies.

#6 Prince of Persia: The Forgotten Sands 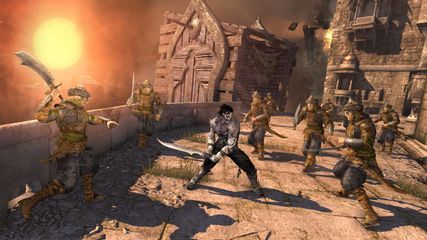 Another version of the series that takes you to the ancient times. Here the legendary game happens in the land of sand justifying the story of Prince of Persia. Here your role if of the Prince who travels and meet his brother but soon realized that everything is under attack by the enemies. Now it is your responsibility to save the kingdom and terminate the evil power.

Gameplay gives you hack and slash system in combats, and you can use all the bestowed powers to save the kingdom. These are like spell the enemies, setting the fire, and much more. 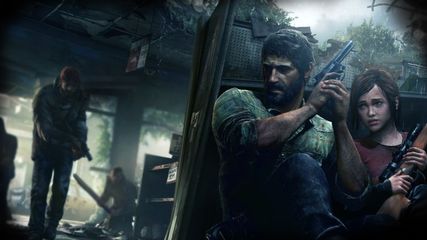 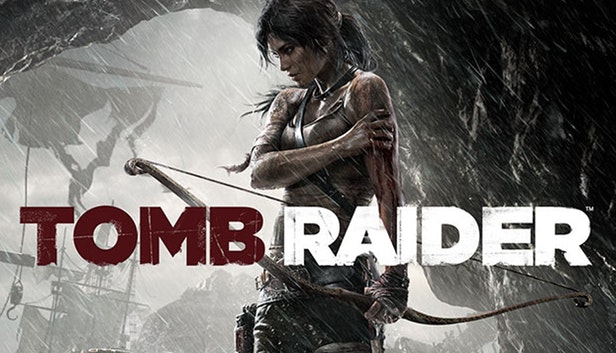 The game comes among the alternatives to Uncharted, and it focuses mainly on action and the adventure. Here your character is named as Lara Croft whose main aim is to survive in the intolerant environment after her ship crashed on an unknown island. So this way it adds up a lot of adventure too while your one eye always stays on anything cruel around you.

Gameplay has a good length of the tutorial, so you understand it better while roaming in that open world. This is a game of tombs that you discover and finds out things to survive. Here you get the third person perspective where survival and exploration along with action take place.

#9 Rise of the Tomb Raider 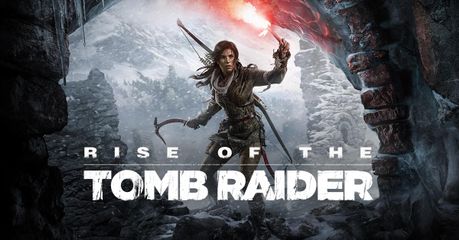 Another one in the series of Tomb Raider so it offers you the same elements like action, adventure, survival, etc. here the story goes to the next level, but the concept remains same. Also, you find new environments with the hint of the previous game.

Gameplay offers you several side quests too so you can collect rewards and make your experience even better. Lara is the protagonist that works in a third person perspective holding all the weapons and tools. Crafting can also be felt in the gameplay, so you create some useful things that help you in the fights. 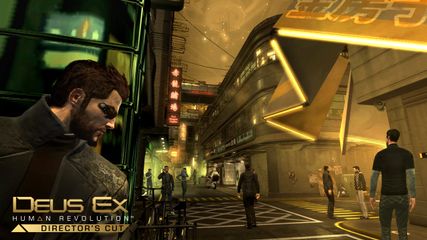 The game continues the series of Deus Ex that picks up the further story and the adventure of Adam Jensen. As Its name, the storyline is about the human revolution where an organization replaces some parts of the human body and reinvents it. So the elements include some amount of technology while having action genre too.

Gameplay allows you completing each mission in real ways, so you face different endings. Here you will feel two main components combat and stealth which you can use as per your choice. The level up system allows the character to be even stronger by upgrading the abilities and adding up the new ones. 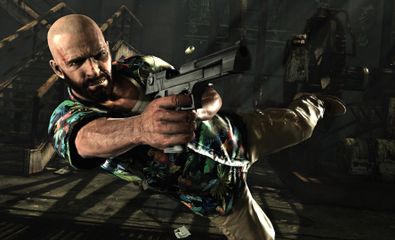 The next one on the list of similar games like Uncharted. The game brings you the shooter elements with the survival genre where you being the main character search for your wife, Max. Your aim is to fulfill the objectives that take you a step closer to hunting of your wife and need you to cut down whoever comes in the way. This way the series goes further where the two previous parts end.

Gameplay offers you cutscenes while giving you a perfect blend of elements. The graphics make it all realistic where you take place in an immense world. With time you learn all the mechanics and cover yourself with all the necessary weapons. 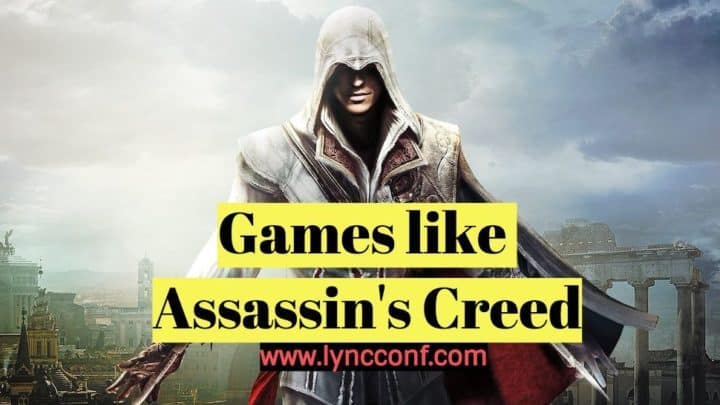 It is known for being the first game in the series that got very popular and blessed the game with millions of players in a very short time. The version takes you into the era which seems like 1190 when it is the time of Crusades. Here all the battles are based on that Piece of Eden, and it makes Knights Templar and assassins having endless fights.

Gameplay offers you stealth based battles where you can conceal yourself and stay away from the enemy’s eyes. Your mighty sword is the main weapon that you can use to slash everything that stays as the obstruction.

The next version that continues the journey where the second one ends. It is also based on historical elements bringing action and adventure genre. The game sets you in the 15th century where battles take place in the environments of Italy.

Just like the previous one, the gameplay offers stealth as an important aspect and features an open world. Here you feel the ability to regenerate your memories in an improved way. The game is well-known for it more than 200 missions that also include side missions too. This way, the game serves very well as being one of the similar games like Uncharted.

The next one is the Brotherhood in the series that takes the stealth technology forward and makes it even more exciting. It takes the storyline, and the adventure forward and the environments remain in the regions of Italy. Here the battles go on to establish the control of Assassins again.

In the gameplay, you can explore the modern areas too while experimenting with stealth, combat system and free roaming. Various side missions add up an extra excitement to the game where players gain reward upon completion. Here brotherhood means you can liberate the people who are not happy with the citizen and mix them in your army and send to battles.

#15 Enslaved: Odyssey to the West 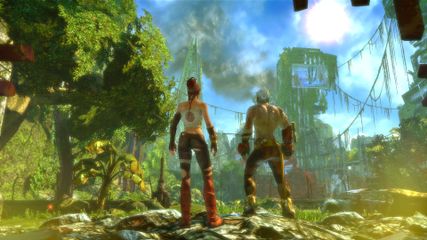 The game world sets you in a post-apocalyptic world where the main character is in the avatar of a monkey king. You are just escaped from the prison, and now you have to look after the lady keeping that slave headband. From here the journey of battles starts where you explore the vast post-apocalyptic world after taking a promise from the lady to remove the slavery sign.

Gameplay is a third person perspective, and fast paced too, but as being in the role of a monkey, you can handle the mechanics well. You are armed with several shields and weapons to do major damage to the enemy.

So these are all the fifteen games like Uncharted that you can play and experience the same aspects. If you have more similar games then you are free to comment here.