It is expected that 2.3 billion gamers across the world will spend $137.9 billion on games this year. But how much do players earn on games? According to statistics, 97% of gamers don’t know how and where to monetize their in-gaming achievements. Game developing companies make money on players but most of the time they don’t provide them with the opportunity to earn themselves. Another problem that any gamer tackles is the lack of information. There are many ways to get real value from games but not that many people are speaking about them. IQeon project team marked out 5 common mistakes made by gamers that won’t let them monetize their in-gaming achievements. 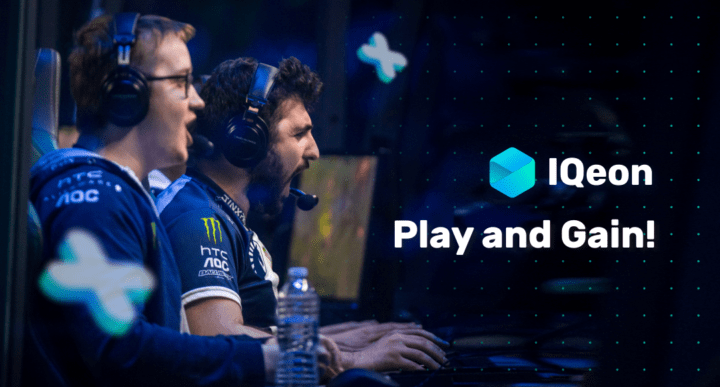 IQeon is a decentralized gaming PvP platform and connects players, game developers and a base of intellectual games within one system. The network has a variety of games that can be chosen by users in accordance with their interests and skills. Any player can earn an internal currency – IQN token – in the applications.

IQN token is own cryptocurrency of the IQeon network. The cryptocurrency is already listed on several exchanges including GetBTC, YoBit, Bankera and is promised to grow in cost together with the number of platform users.

What mistakes do gamers make?

There are several ways of making money in games. One of them is simply playing any game and getting rewards for the achievements or implemented skills. If it’s an intellectual game, you get point for your knowledge. In RPG, for example, you fulfill certain tasks and get a reward. This is one of the main approaches provided by IQeon. Select any of the games, play, earn IQN tokens, spend them on gaming items or exchange for other currencies.

You’ve probably heard of bets made in sports. Betting in eSports works the same way. IQeon has a built-in functionality that allows users to make bets on the results of tournaments and competitions.

A lot of gaming platforms now are focused on organizing own tournaments. However, it’s quite rare that any player can organize their competition. In contrast to those projects, IQeon allows all users to make their tournaments, set the rules and terms, participation fee, and invite people they want to participate in the competition.

Being one and only hero in the town is commendable. However, it’s most of the time easier to achieve something when there are people behind your back. Create your own team or joining an existing one is normal for any gamer, no matter a beginner or a professional one. Together you can train, develop professional skills, look for sponsors, participate in tournaments and more.

Some people might think that there are too many gamers who already stream while playing and there is nothing new can be offered to the audience. Well, that’s not really true. According to one of the most popular streaming services – Twitch – in 2017 there were over 2 mln unique broadcasters per month, while in 2018 the number has already increased up to 3,3 mln. Services like Twitch, YouTube Gaming, Mixer are visited and used by million gamers.

It’s about time for players around the world to understand that there are ways not only to spend money on games but actually get value from professional gaming skills.

The Best Games About Ancient Greece