With Assassin’s Creed Odyssey now available, you can hardly visit a gaming site without seeing gorgeous photos of Ancient Greek soldiers exploring pretty seaside lands or performing 300-esque Spartan kicks. It’s got us in the mood not just to check out Odyssey (which is mostly getting glowing reviews) but also to look back on other games that have explored the unceasingly fascinating world (and mythology) of Ancient Greece. 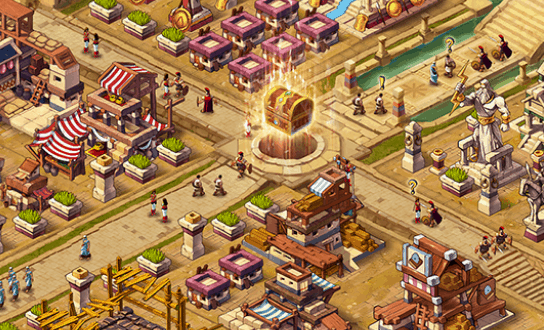 This list is impossible to put into any meaningful order because the games across different genres and platforms. But the games that come to mind are as follows.

You could really take your pick between God Of War games, at least up until the most recent one, which traded in the Greek myths for Nordic lore. Ranked as the best game in the series at least by some gamers and critics, it’s a stunning adventure in which you really get to take on the gods and titans of Ancient Greece in the most direct and visually stunning way possible.

Designed in 2005 for what were then the high-end consoles, this game in some ways resembles the movie 300, even though the game actually came out first. You control a Spartan warrior fending off an invading Roman army, and suffice it to say it’s pretty much all about combat. The game isn’t perfect, but for what it is and when it came out, it’s not at all bad.

This is a game that actually is based on a movie: 2004’s Troy, a highly stylized and embellished retelling of Homer’s Iliad and the Trojan War myth. While the film was big and beautiful however, this is simple side-scrolling, battle progression browser game. It’s still great fun though. You get to play as the legendary hero Achilles, hacking apart your Trojan enemies along a beach by way of sword and spear (and kick, of course).

It’s a different kind of game, but if you like casino play and you just love Ancient Greek themes, it’s one for you. Wherever slot games are offered these days there are stylistic variations and pop culture themes, as well as some characters and animations developers are simply betting will intrigue people. Enter the gods of Greek mythology, who now populate not just the Age Of The Gods, but a whole series of subsequent slot reels decked out in animations of Olympian figures.

As with God Of War there is a whole series to consider here. Sid Meier’s Civilization games have long been at the forefront of the empire-building strategy genre, and while they’re not specifically about Greece there’s a certain way in which the world’s older civilizations seem to define these games. Civilization IV is fairly outdated from a graphics standpoint given that they’re still making these games and they’re now absolutely beautiful. But it may have been the best of them from a gameplay standpoint. You can still access Civilization IV on Steam.

Ancient Greek art springs to life in this game, which really is about as creative as it gets (and as distinctly Greek in theme). The concept is less than original – you play a hero taking on the gods – but the execution is extraordinarily unique. It’s essentially as if you’re playing out a mural or mosaic come to life, moving along a 2D landscape that looks very much like old world carvings and drawings.