Within World of Warcraft Classic, there is a final boss called Kel’Thuzad, that reigns over Naxxramas. Naxxramas is an enormous necropolis floating in Eastern Plaguelands, above Stratholme and is available in Phase 6. Naxxramas consists of four wings, Spider, Plague, Deathknight and Abomination, which grant access to the Frostwyrm Lair when cleared. The aforementioned Kel’Thuzad, who resides there, is one of the most powerful officers serving the Lich King.

Why is all of this important? It is important because a guild managed to acquire the best one-handed sword in the game; Gressil, Dawn of Ruin, which was sold for 198.000 gold, equaling over $3,500!

If you are feeling blue lately or simply not interested in infinite grinding but want to get your hands on the best loot such as Gressil, check out our amazing offer at Chicks Gold. Our services range from WoW Classic items, accounts and gold all provided for the best prices on the market. Do not hesitate for a second longer and head over to Chicks Gold and prepare to get your mind blown! 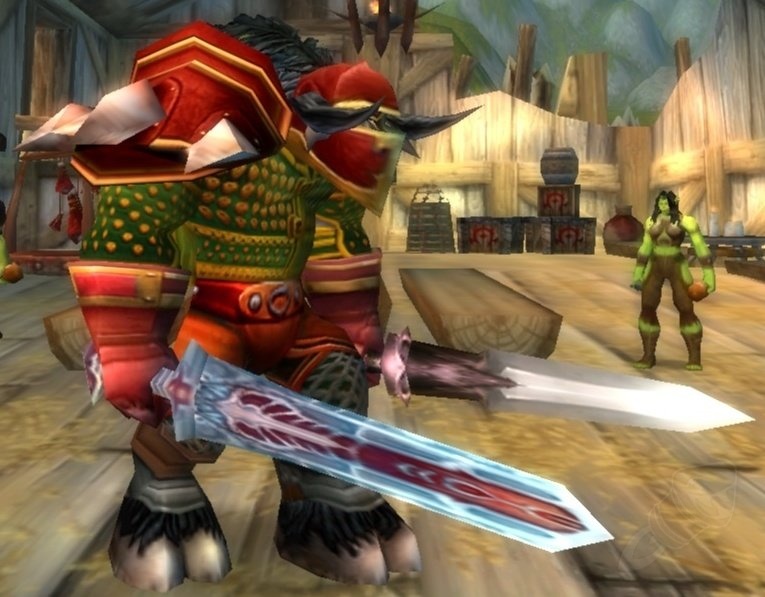 Last week a certain European guild completed a GDKP run by claiming 15 out of 15 in Naxxramas necropolis and managed to get Gressil, Dawn of Ruin as a drop out of it. You might question the viability of this action but note that this guild is one of the most competitive ones in the world, and to make things even more interesting, they completed the whole run on the first day. As we explained earlier, Gressil is the best one-handed sword within all World of Warcraft Classic and many DPS players would die to get their hands on it.

There are two questions that arise here; how much did this guild profit from the entire raid and how is one so unbelievably rich that he or she can buy a single item for that absurd amount of gold? First of all, we are going to explain the meaning behind a GDKP run and then we will continue with the topic at hand. The GDKP run is simply an expression for bidding on items during a raid where raid members split up the gold collected at the end, meaning that it is a way for players to buy items or make gold out of it as well. Considering the fact that this was a GDKP run, it is safe to assume that the guild had received a large amount of gold just from live-stream audience bidding on the likeability of certain items dropping.

Now comes the moment you have been all waiting for; from what source and how this player made so much Wow Classic gold? Well, lots of people suggest that he was botting or exploiting the game through other means but let us consider the possibility which he stated; he was simply doing a lot of Dire Maul East dungeon runs. How viable is this? With keeping in mind that the price which Gressil was sold for equaled around 198.000 WoW Classic gold and players on average collect one crystal per Dire Maul run, it would take around 7.500-8.000 crystals to accumulate that amount of gold when considering the market.

Moreover, on average it takes a player around 12 minutes to complete a single Dire Maul run meaning that this guy, who bought Gressil, Dawn of Ruin, had to farm crystals for 87 days straight! Now, this just does not seem that viable, but we will give him the benefit of the doubt. What is also interesting is the fact that European servers have a cap on maximum amount of gold, silver and copper; the gold cap that can be displayed on the character interface is 214.748, the cap for silver is 36 and copper caps at 46, however the last two are irrelevant for this particular topic.

It is just unreal how this guild sold Gressil for this much gold, considering the cap. Obviously on Chinese servers these caps are much higher, meaning that the cap on European servers is just a matter of not being updated or a slight oversight from the game developers.

Whatever the case might be, let us all just agree that the entire action, event, situation or whatever else you want to call it, was mind-blowing to say the least and that Gressil, Dawn of Ruin, is a cool and apparently extremely expensive, one-handed sword of awesomeness.

Is CSGO Trading Dead?
Why are co-operative games so popular nowadays?