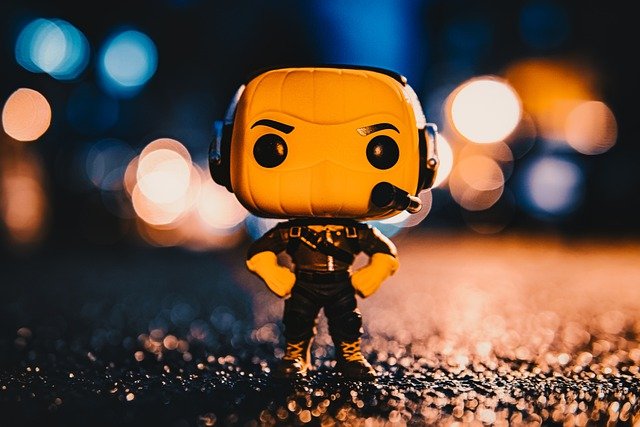 The battle royale genre has become one of the biggest genres in all of gaming. It opened up the medium to people who have never cared about video games before. It was a trend that made the video game sphere boom with new players flooding the scene in unprecedented numbers. This genre completely changed how people viewed multiplayer gaming. However, nothing lasts for ever right? Has the enthusiasm and hype already started to fade away? Not really, here’s my list for the top 5 battle royale games that are still alive and well with thousands of active players.

On a side note, if you’re having connection issues, lag, or you just wish to play games in a different region, check out Anonymistic’s best VPN for gaming guide.

Realm Royale is a battle royale game that clearly takes inspiration from other games, but still has a lot that’s distinct about it. It’s very cartoonish, which allows a young audience to get into it. There’s a ton of variety in the weapons as well as different mechanics that players can use. On top of that, there are more environments than other battle royale games that have given the game a dedicated audience that refuses to abandon it. You can play with up to four people in a group and on different platforms including PC, PS4, and even the Nintendo Switch.

Call of Duty has been the leader in First person shooters for most of the franchise’s life. However, Activision needed to give the series a new spin that would make the game interesting and keep the fans invested. When Call of Duty Warzone was announced with a Battle Royale, many fans were indifferent to the decision not knowing how they would feel about the game. Ironically, this would become one of the most played and respected entries in the franchise as of recent.

On PC, Call of Duty Warzone launches a session of many players up to 150 players to take out everyone and win. As the game progresses, the area that players play in is constantly shrinking and forces good players to evolve their playstyle. This is the main factor that brings people back to the game. One of the biggest complaints of Call of Duty’s multiplayer is that the maps encourage camping and now camping is impossible. Warzone is a lot of fun and even lets you play with a squad of up to 3 other people. There are tons of tournaments as well as so much weapon customization which has kept the game alive for a long time.

Apex was the battle royale game published by Electronic arts that was their first real battle royale project. The game got wildly popular due to the support it had through sponsorships and people wanting something new to play. It was one of the first mainstream battle royale games that were exclusively in the first person. Like some of the other battle royale games, you can play with other people in a squad to be able to win matches. It was a lot of fun and even had a competitive community that was actively involved in the games.

Gamers had come from a decade of first-person shooters but had failed to test their skill on an individual level. Apex Legends saw respected gamers from other shooters show just how good they were at the game. It was fun, the game is free and it allowed gamers to engage in fast sessions to spend too much time on a match. The game is a lot of fun and still has a very strong community today. The game has retained a sizeable player base while the developers have found numerous ways to keep the game interesting.

PUBG is probably the most viral battle royal to ever hit the steam market. The game certainly had a slower pace and some technical problems but was ultimately a fresh of breath air. In the world of Battle Royale games, the map had some of the biggest scales as well as having tons of player customization. When you played PUBG, you have a complex and strict inventory that forces you to take important items and leave items that were less important. This was all accomplished as a mod from another game.

In fact, this is one of the most successful mods of any game, even rivaling Counter-Strike and Team Fortress. At first, the game used to only be accessible on Steam, however right now you can play PUBG on PS4 and Xbox One. The game lets you play with multiple people at a time and you can encounter so many people in one area of the map. The game is really fun from a casual or competitive standpoint which probably why there are so many people who still queue up for the game. It’s a lot of fun today, with a lot of its technical problems fixed while keeping the core appeal.

Fortnite is probably the most viral video game in several generations. The battle royale game wasn’t always that, it used to just be a zombie survival game that you can play with three other people. Then, the battle royale mode came out which took the project to new heights that people have never seen before. It had a cartoonish art style that could appeal to adults and children alike. There was also the deep mechanics of building which set it apart from other shooters and gave it an audience from people who felt like shooters were getting too stale.

One of the things that makes the game special is the many dances that are in the game. People in video games like to taunt in fighting games to feel like they’re betting than the other player, but taunts here have a lot more variety. In Fortnite, the taunts are dances that are often pop culture references that most people can recognize. Due to all of these factors, Fortnite has amassed a massive audience that isn’t going to leave the game any time soon. Even if tournaments were to stop happening, the thought of running around as your favorite characters in fiction shooting other fictional characters sounds too appealing to stop playing.