Torchlight 2 is a vibrant and colorful loot-driven action-RPG that serves as an excellent alternative to Diablo 3. A colorful, more vibrant alternative that offers the same exciting action, compelling and oh Torchlight 2-so-sweet loot drops, and the engaging and varied character classes and progression.

For the gamers who want to do Modding in the games, like you can use 150 mods at once in Fallout and Skyrim, Torchlight is a different ball game in itself. You can only use 10 Mods at a time. That’s why we shared the mod-packs for Torchlight 2 rather than mods in those packs.

Most of these mods are available on the Steam workshop.

In this article, we will run down 22 of the best mods available for Torchlight 2 on PC.

The most comprehensive overhaul mod for Torchlight 2. Synergies is the largest, most ambitious modding project ever undertaken for the action-RPG. It adds new classes, new dungeons, a huge number of new bosses, as well as re-balancing the difficulty of the game to make it more challenging and more unforgiving. Essential modding.

A nice and simple mod that makes the minimap borderless to avoid clutter and make the UI cleaner. A very nice little mod that improves the minimap in a smart way. After all, every game should have a good minimap, right?

Better Sorting aims to improve and streamline the automatic sorting of weapons, gear, and gems. It will automatically sort your weapons and gear by rarity, and your gems by rarity and type. It can’t auto-sort by level, unfortunately. Still, a nice little mod that makes loot easier to manage.

World of Warcraft sure does have a cool Paladin class. What if you could play it in a loot game, like Torchlight 2? Well, now you can, thanks to dedicated and very specific mod. It does exactly what you’d expect, it adds a new class that is intended to be exactly the same as the Paladin class in World of Warcraft. Happy shield throwing!

A pretty self-explanatory mod that simply changes the look and style of the damage numbers. If you like the look of the numbers in the image above, then check out his mod to have some highly stylised damage numbers.

Tired of seeing the same old rooms in the same old dungeons? This mod seamlessly adds new rooms to existing dungeons. Extra Chunky adds a chance that some of these uniquely generated rooms will be added to various dungeons in the game.

A great pack of new classes added to the game, including Witch Doctor, Hunter, Monk, Blackguard, Templar, and Druid. Well-made classes that add some extra variety to the base Torchlight 2 experience.

This mod aims to make your pets more than just pets. It turns your pet into your second character, allowing you to customize its gear, skill trees, equipment, and more. A great mod that a layer of multiple class management, and makes your companion far more effective.

This mod overhauls the pet, fishing, and transformation systems. It adds a variety of changes and improvements, including custom overlays for fishing and custom pet inventory screens, improves the buffs granted by fish, and much more.

A mod that changes the Berserker class into a dwarf, because dwarves are pretty cool, I guess. A simple mod that adds some dwarves into the world of Torchlight 2, which were sorely missing, obviously!

A new class inspired by various anime and manga. A fairly ridiculous character (in a good way) that’s sure to add a bit of insanity to Torchlight 2. Check out this chaotic and explosive class for a more dramatic Torchlight 2 experience.

Another Final Fantasy inspired class, the Red Mage mod adds a new spellcasting class to Torchlight 2. The Red Mage has a mix of melee and ranged skills, making it a menace from close range and far. A very nice mod, and a pretty unique class.

If you are like me, one of my favorite things to do in any style of RPG is to have an awesome sidekick as a pet. This is exactly what Phan’s Big Pets allows you to do, it adds 26 more pets into the game for you and they are scaled to be very large in size. Some of the more notable pets that are included in this mod are the cave bear (as shown above), a dire wolf, and even a velociraptor. There are many different pets for whatever your preference is and by your side, they will make those dungeon fights a little less lonely!

If you have ever wanted to be an unstoppable beast and tear your enemies apart as a werewolf, this mod is for you! It allows you to straight-up become the werewolf itself. Do not worry any weapons and armor you equip will still work and be active, it just won’t show on your werewolf. It comes with its own custom attack animations so you can really slice and dice as a werewolf would. It is recommended that you use this mod with a claw based weapon, as that makes the attack animations the smoothest. Happy hunting! 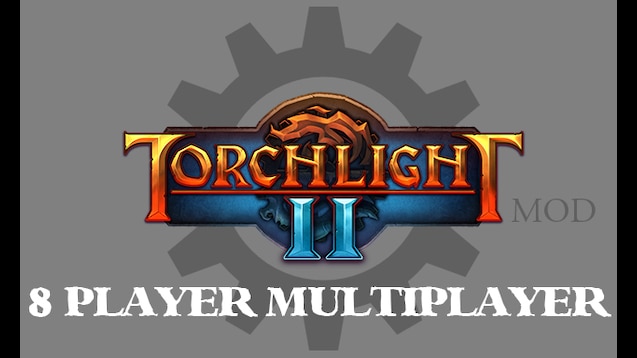 This mod increases the number of multiple players possible in Torchlight 2. Instead of the maximum multiplayer count being six, you can now have eight players in the game. This mod is sure to increase the fun in raiding now that you can do it alongside more friends. 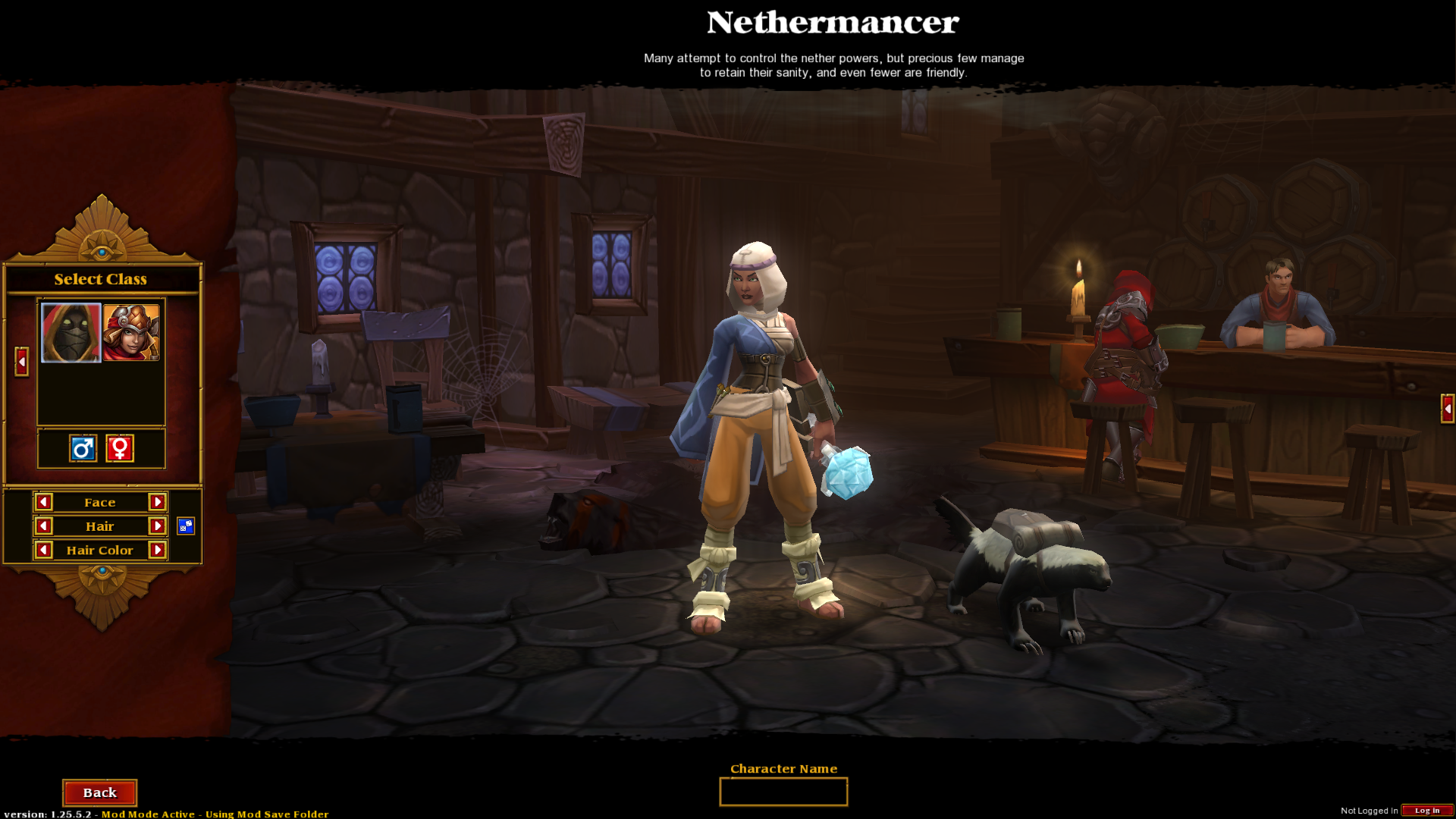 This class is a great addition to the vanilla classes (Embermage, Beserker, Engineer, and Outlander). The nethermancer is a dark caster that can warp through space, spreading diseases and sprouting tentacles! Note that this mod doesn’t perform well in multiplayer mode. 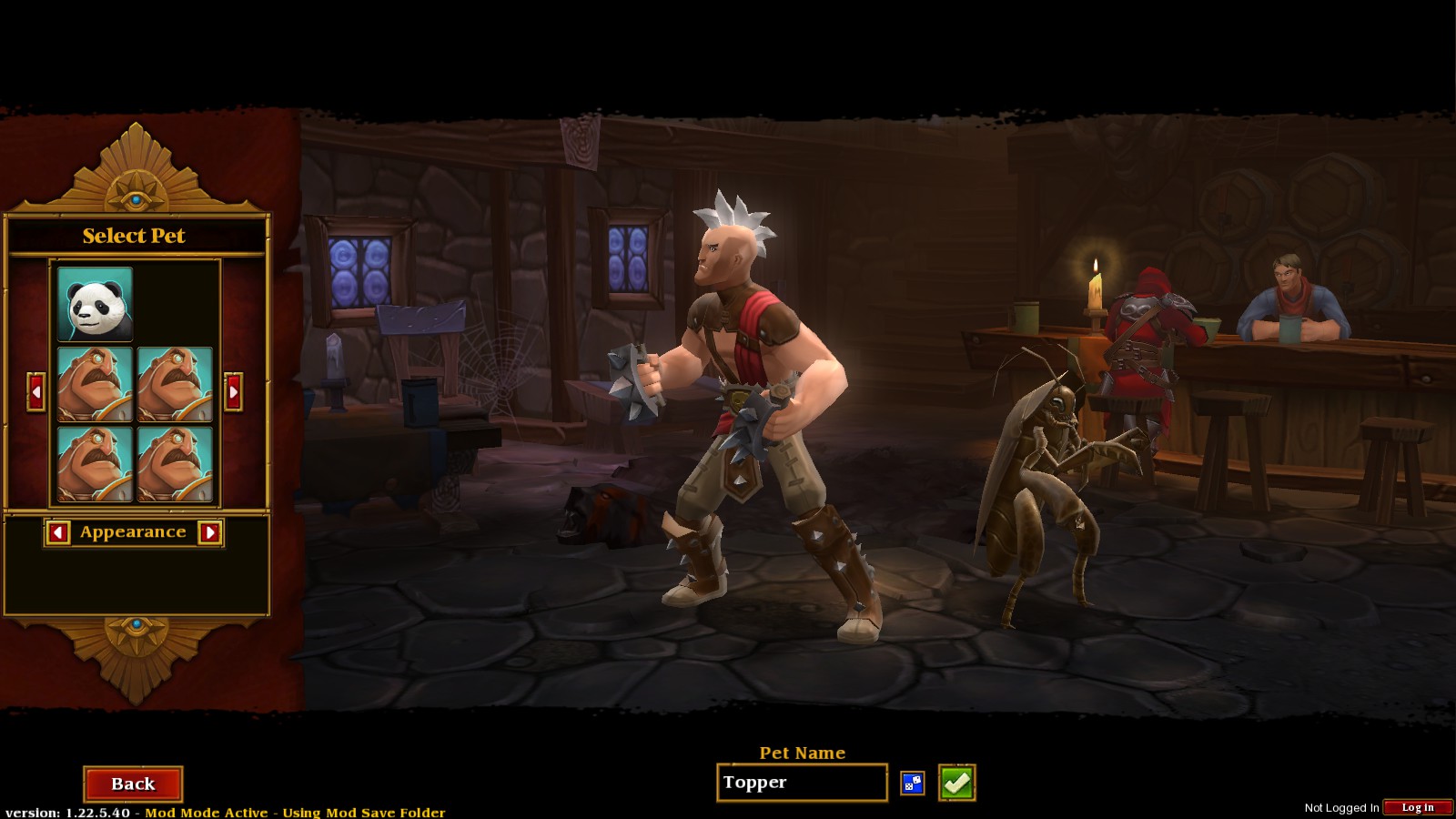 This mod adds 21 new pets to choose from. You have skulls, zombies, and different kinds of monsters to pick as your hero’s sidekick. For the Torchlight 2 player that loves his pet, you can now have a Crab, Ghoul, Dragon, Blood Zombie, Vampiric Spider, Roach Knight, Jackalbeast, Swampflyer, Spider, Troll, Warbeast, and many other exciting and intricately designed pets. 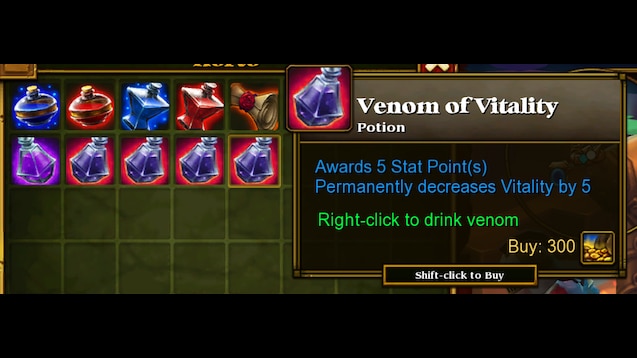 As a fan favorite and one of the most unique classes to have been created, the Theolentist Class branches both science and religion (Physics, Astronomy, Biology) in its extraordinary powers. Using the powers of inertia and kinetics, you have unmatched speed and the ability to siphon strength from the enemies.

This mod adds a whopping 29 new levels to the game through new variations of many Landmark chunks throughout the game. As an extender of territory, this mod doesn’t interfere with the base files and is compatible with all other mods. All this mod does is include 29 new chunks to all questing areas.

These are 22 of the best mods for Torchlight 2. Torchlight is an awesome action-RPG alternative to Diablo that is a blast to play with friends. These mods help you make the most out of an already great game.