The highly-acclaimed base building sim game Factorio has a very talented modding community, though it can be hard to choose from thousands of great mods. For this, we compiled a list of the best Factorio mods out there, ranging from simple visual add-ons and vehicle/building mods to gameplay-changing, big additions. While the native game is amazing, these mods can make your life easier and the game more fun with no extra charge. Without further due, here are the 19 best Factorio mods.

Love playing Factorio then do check our article for games like factorio. 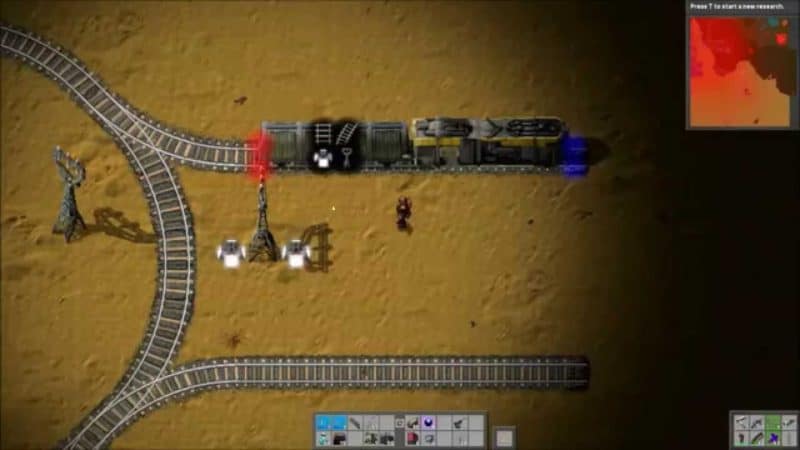 Factorio gives you many choices in regards to gameplay, and if you choose to use trains a lot, this is an essential mod for you. FARL mod places rails, signals, electric poles, removes trees, rocks that are in the way and places a new layout on the maintenance mode, making things much faster and smoother. 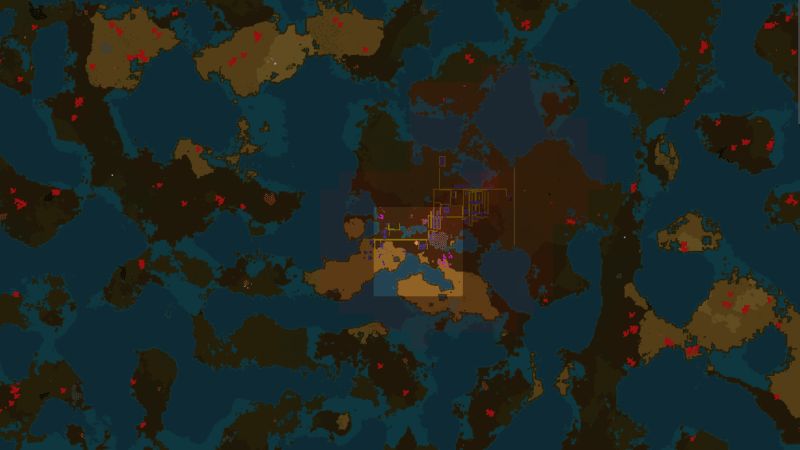 Resource Spawner Overhaul is a great Factorio mod that reworks the in-game resource spawning system to be region based. Resources that are further away from your base will be richer, so you will have to build more logistics to supply your base. Also, if you having difficulties finding a certain ore, you can adjust it to spawn more frequently. 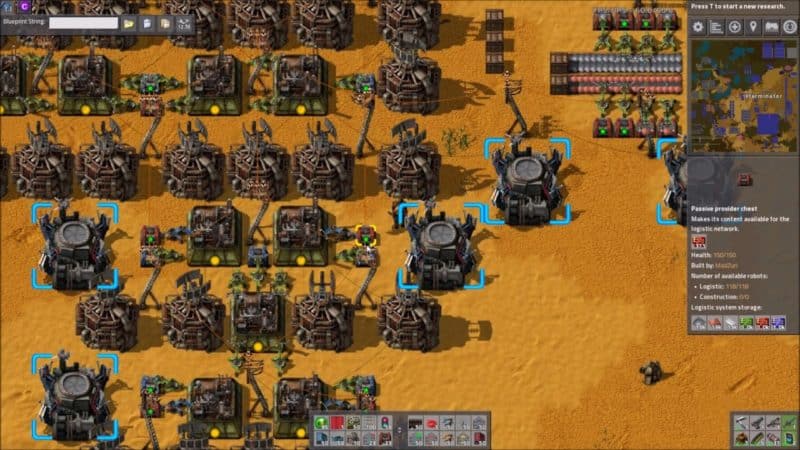 Your base in Factorio can get very big and complex after some time, and not everything works properly all the time. Your certain buildings can stop working due to limitations and halt the functioning of your whole system. Bottleneck is a very useful mod for Factorio that adds an indicator light to assembling machines, furnaces, mining drill, pump jacks, and chemical plants. Green means it is working properly, but yellow and red means they are not working due to limitations by the input or the output. 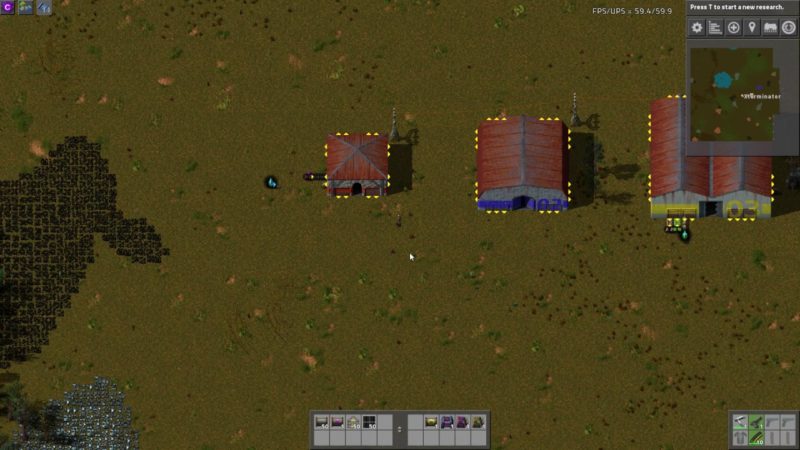 Factorissimo 2 is the updated version of the building mod Factorissimo for the latest version of Factorio. It includes 3 new factories with different sizes: 30×30, 46×46 and 60×60. You can enter these buildings and design their interiors individually. You can also put other factory buildings inside it to achieve a more organized look on your base and save space. 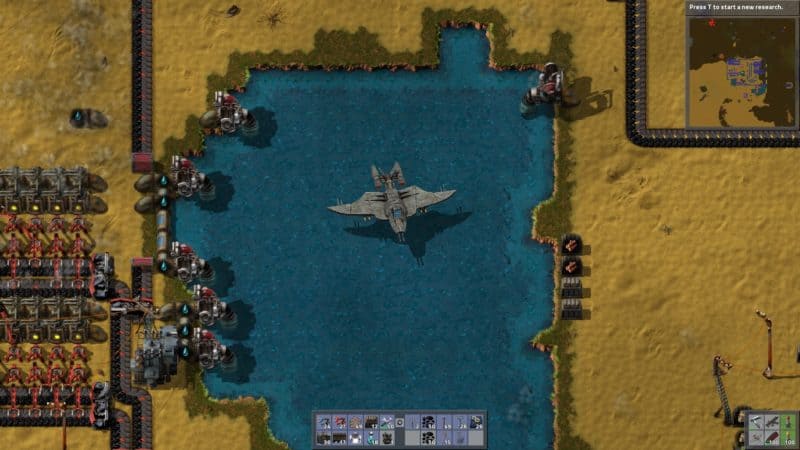 As you can understand from its name, Aircraft is a unit mod that adds 4 new aircraft units to the game: Cargo, Gunship, Jet, and the huge Flying Fortress. It also includes additional equipment and weaponry for them such as an aircraft-specific speed booster, energy shield, more powerful explosive cannon shell and napalm. They are really expensive to build, but they are there to be built during end-game. 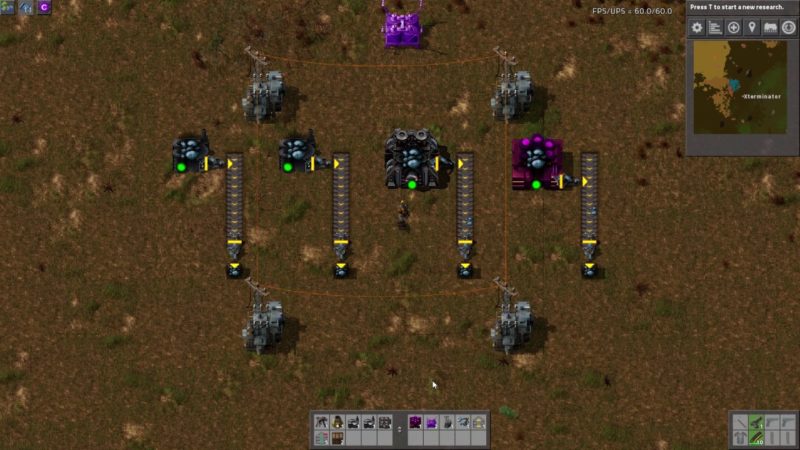 With the Quarry mod, you can mine ores without an ore patch. It lets you build Quarry Marks for this and while this may seem like a cheaty way of getting ores, the costs for these buildings are massive, so it is balanced. Plus, it is the only way you can get ores if you are in a low-resource area. 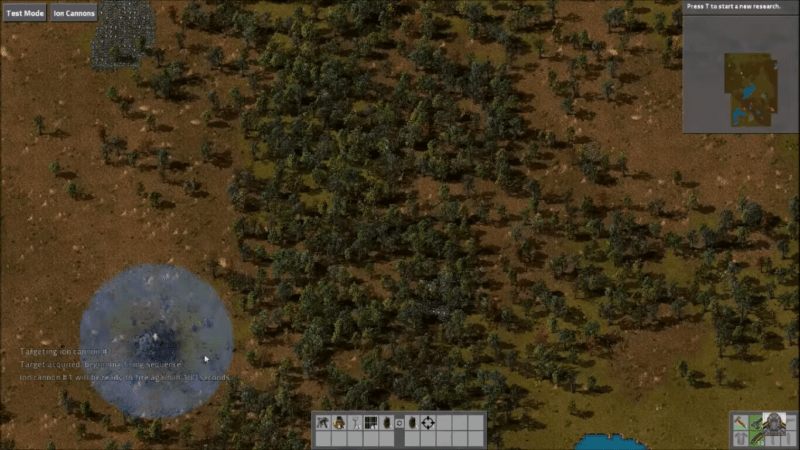 Are you out of advanced buildings to build in the end-game? Do you want to have some fun? Orbital Ion Cannon mod adds a brand new superweapon to the game that you can use after you launch the Ion Cannon to space. It is expensive to build like any end-game weapon, but it deals a lot of damage and is fun to use. A fundamental addition to the Factorio. 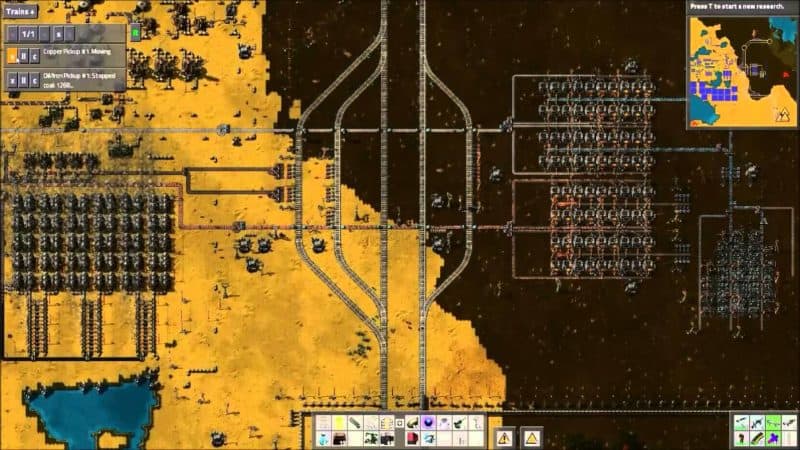 The Fat Controller is a great little mod that lets you keep track of your trains without looking for each one of them manually. You can see their next stop, see items that they are carrying and if they are currently moving. You can also remotely control your trains and set their schedule. 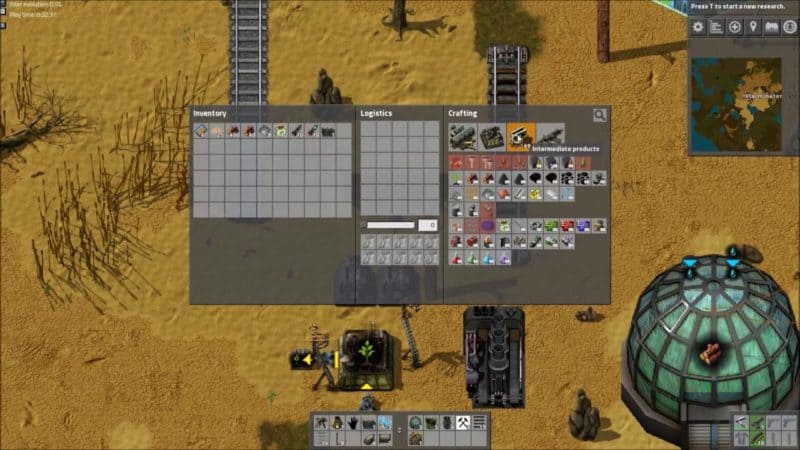 Bio Industries is one of the best mods for Factorio that adds useful building and new recipes. The mod adds 10 new buildings such as Bio-Farm, Bio-Garden, and Bio-Solar-Farm. These can help you reduce pollution, produce wood and change terrain completely. It also gives you new products to produce and reworks some of the vanilla game’s recipes to be more realistic. 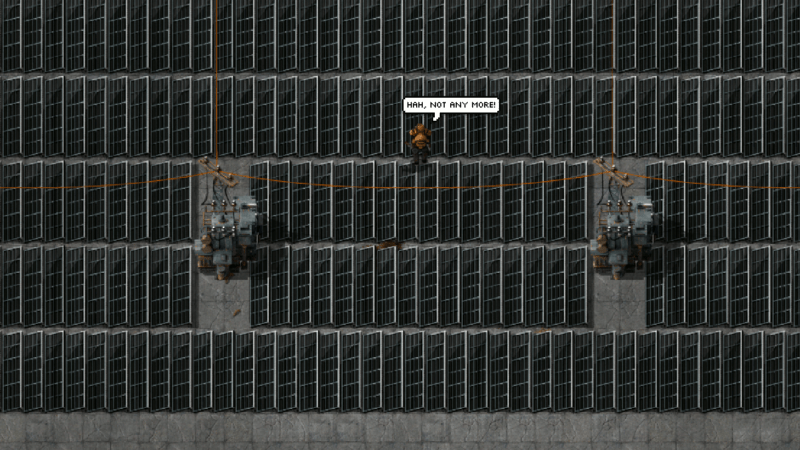 After you spend some time building your base in Factorio, you will try your best to save space and be organized, and this means building some buildings right next to each other. In the native game, you cannot walk between adjacent buildings, but thanks to this extremely useful mod Squeak Through, you can “squeak through” them while walking. No more being blocked by your own buildings! 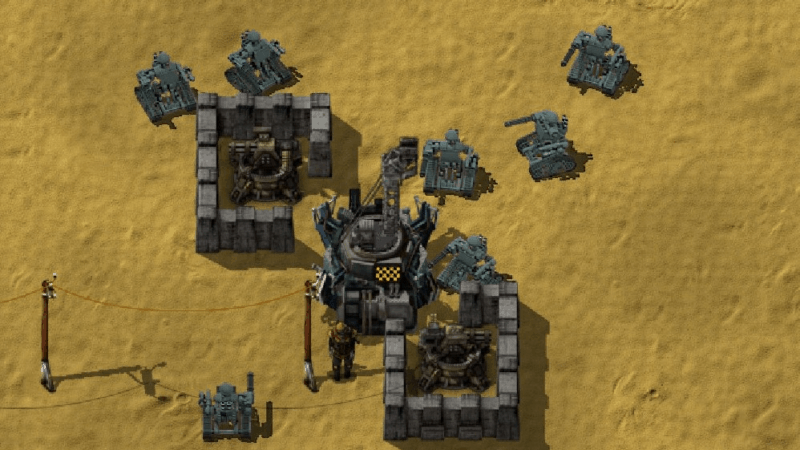 Until now, we added aircraft and orbital superweapons to the game, but what about a personal drone army? Robot Army is a lot of players’ favorite Factorio mod for clear reasons. It allows you to manufacture droid soldiers that attack the nearest Biter nest or enemy units. You can also set them to defend your base. 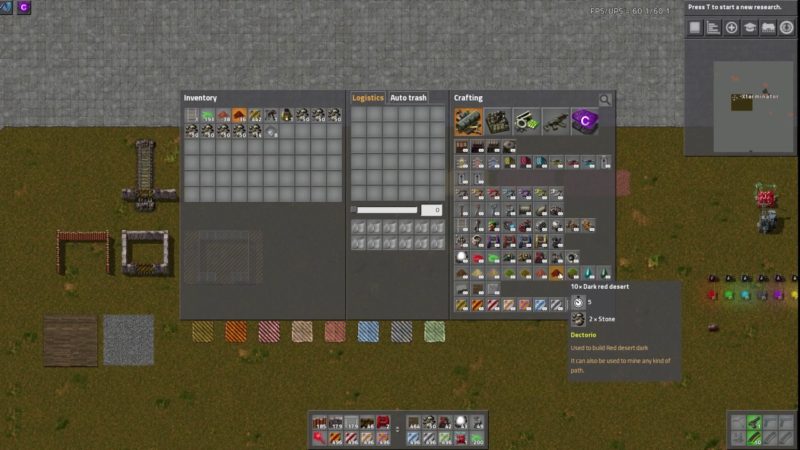 It is a great game, but its color palette is rather dull. So far we have covered Factorio mods that add stuff into the game that changes gameplay in some shape or form, what about an aesthetic mod? Dectorio is a huge visual mod that adds decorative elements to your base. Some examples for the items that are included: colored lamps, different walls and gates, ability to place decorative rocks and trees and change the landscape and flooring style. 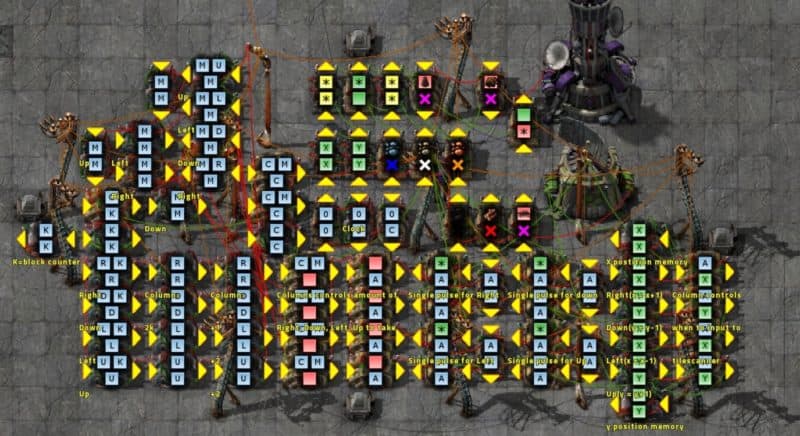 AAI Programmable Vehicles (short for Advanced Autonomous Industries) mod lets you program and control car-type vehicles using a remote control handset and gives them basic AI. It can be used for multiple purposes such as enemy base assault, patrols, friendly base navigation, vehicle-based mining, vehicle-based resource transportation, and more. 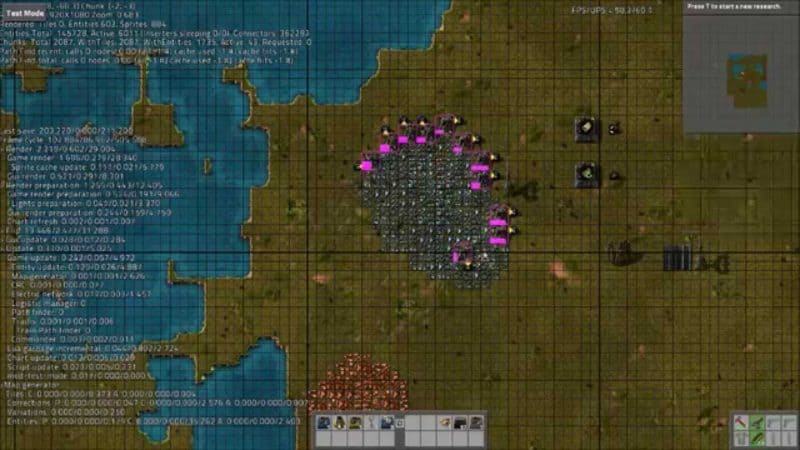 The foreign planet you land on is going to be your new home for a long time in Factorio, so it is in your best interest to keep it as clean as possible. Air Filtering is a neat simple mod for Factorio that adds air filtering machines, which reduce the pollution in the area around them. These can be upgraded as your technology advances, but their energy cost goes up. Also, used air filters can be recycled to be used again. 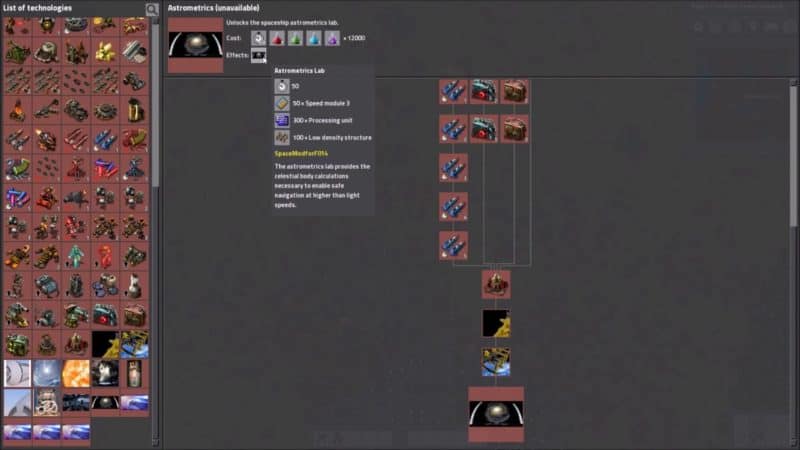 We saved the best Factorio mod to the last. Space Extension Mod greatly extends the end-game playtime by requiring an excess of 40 launches, and of a variety of components. Your sole purpose is no longer launching a single satellite. This time, you will need to increase your science much more to research all the necessary components. 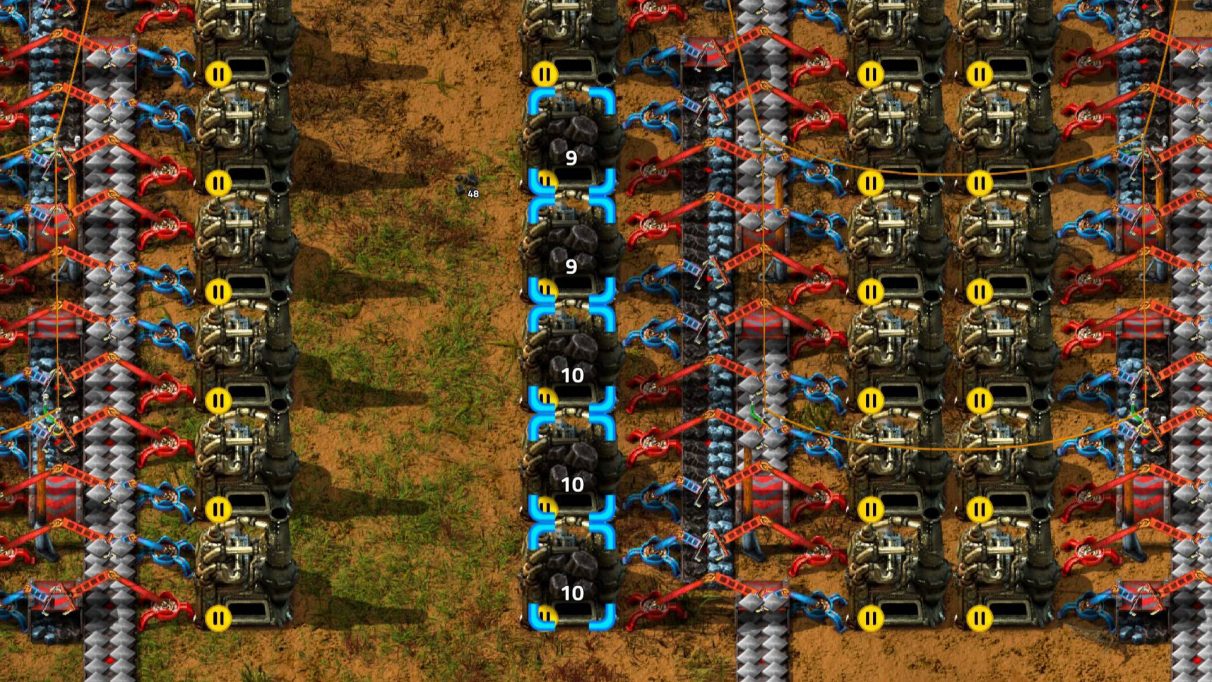 Even Distribution is the sort of mod that is so common sense that everyone wishes it was part of the original game. It changes the control of CTRL+Click Drag so that all items in the inventory are evenly distributed amongst the buildings that you click on. For example, while the vanilla game will drop off 25, 12, 6, 3 items on four buildings, this mod will make your drop into 13, 13, 12, 12 items for the same four buildings.

Speed Control gives you literally that — a button to either speed up or slow down the game. Not only can you do this, but you can also speed up the game at virtually any time you want, 2x or 100x with the six different buttons. This is a magic button panel (on the top-left of the screen) if there ever was one. There are some unnecessary waiting times in the game, and now that no longer comes in your way. The hot keys for when you don’t want to move your cursor are: (Minus / Plus / Shift+Minus / Shift+Plus / Alt+Minus / Alt+Plus) 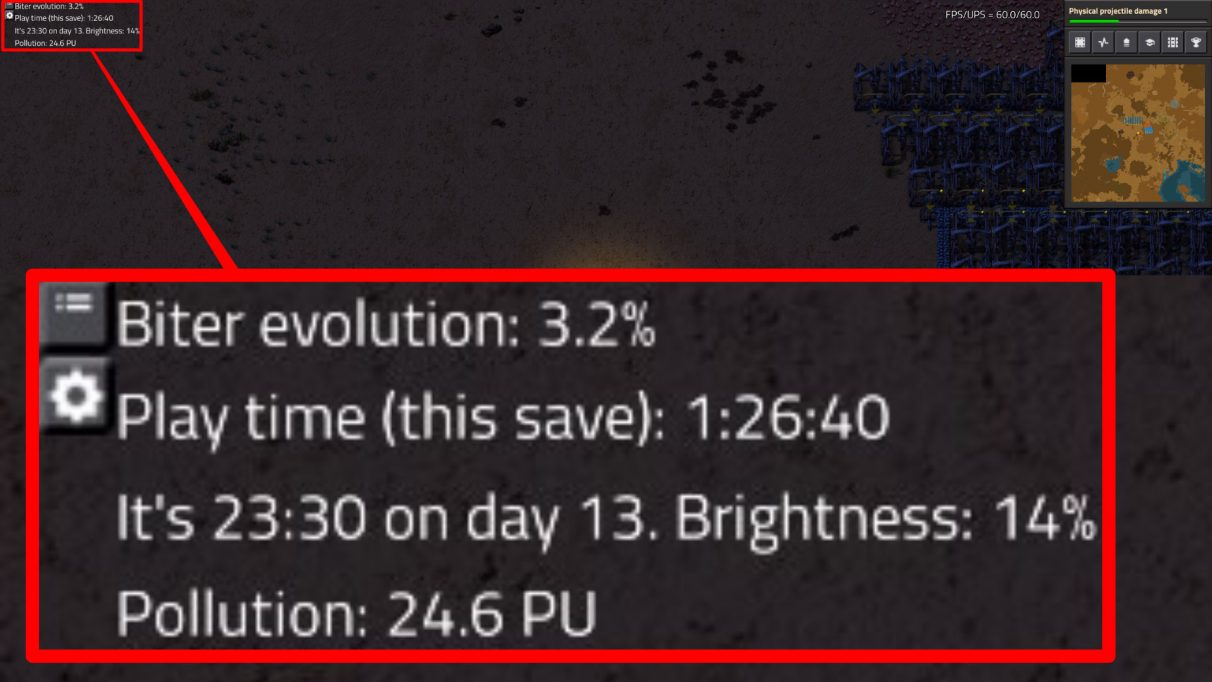 This mod doesn’t take a toll on your system and won’t make your game crash multiple times as so many mods are famous for. A neat little list of statistics that’s present in your UI itself: the EvoGUI mod gives you a panel that tells you the Biter Evolution, Play Time, Pollution, Time and Brightness.

The Biter Evolution is especially useful since it helps you stay prepared for the dreaded extraterrestrial inhabitants. You’ll have a better idea of when Biters are about to attack and to know when the right time to attack nests should be. The pollution indicator also helps in a similar way. 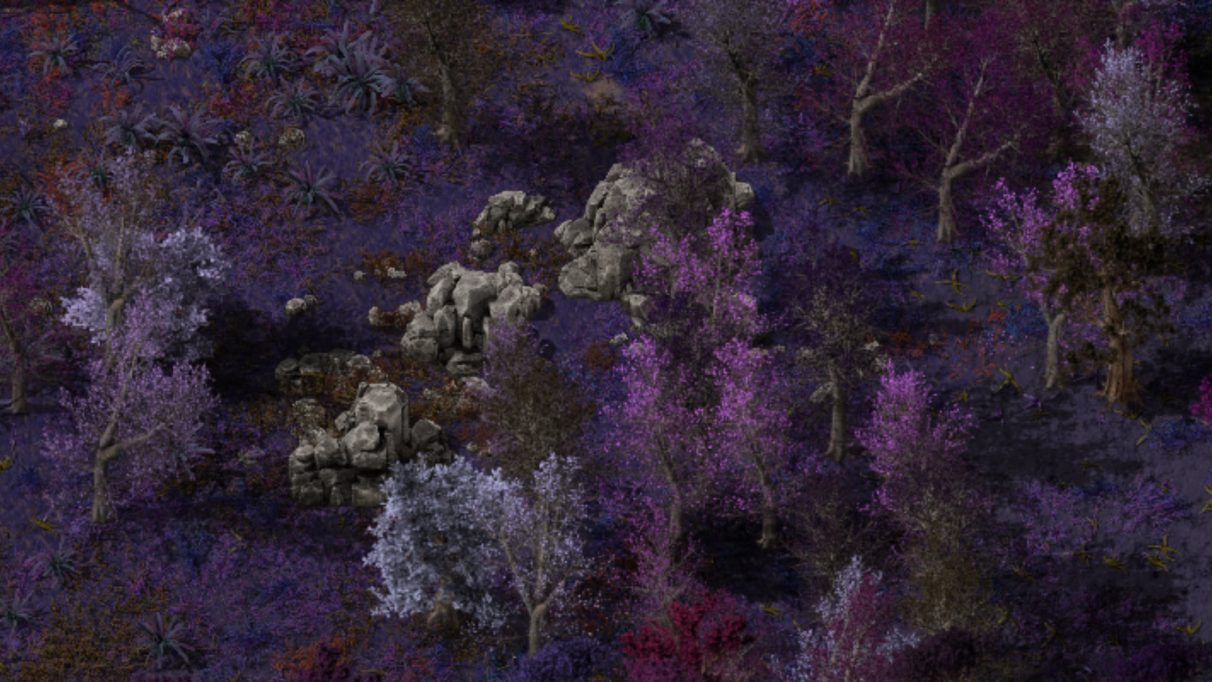 Alien Biomes greatly expands the possible number of biomes to encounter in the world of Factorio. These biomes are: Snow, Volcanic, Crater, and various colors of Dirt, Sand and Grass. The mod also includes new and decorative tree variants. You now have palm trees and fir trees and more, depending on how summer or winter you want it to look. Another add on mod to Alien Biomes called Alien Biomes High-Res Terrain greatly improves the graphics and lets you adjust the colour scheme as well.

There they are, 19 of the best Factorio mods you can download right now, and need to. Whatever your issue with the game is, we are sure that you can find a mod for it that someone else created, and we tried our best to include the most essential mods for every type of player. If our list helped you or you want to suggest a mod, comment down below!