It’s still a great game even 10 years later. With all the DLC content available at such a cheap price, you can enjoy the DC wasteland in all its glory. The huge array of mods available only make it better and more appealing than ever. There’s never been a better time to experience Fallout 3, whether for the first or 101st time.

The base Fallout 3 game is known for having a lot of bugs and glitches that have never officially been addressed by its developer, Bethesda. Luckily, the modding community has done a lot of work in creating the Unofficial Fallout 3 Patch.This definitive package includes a wide range of fixes, updates, and changes including disappearing NPCs, armor textures and dialogue bugs. It all comes in one simple and handy plugin, too. Highly recommended for an improved Fallout 3 experience all-round.

Although Fallout 3 is considered to be a Bethesda classic, it is safe to say its graphics have not aged well. Fellout is a graphical overhaul mod that removes the awful green tinge you’ll find everywhere in vanilla Fallout 3. This mod does this adjustment for both indoors and outdoor environments. Fellout also gives a more harsh feel to the world of Fallout by neutralizing indoor lighting, removing the green fog and changing the look of water. Overall, Fellout is a lighting and weather overhaul that’s highly recommended if you’re looking for a more realistic-looking wasteland.

The only texture overhaul pack you’ll need to make your DC wasteland look as sharp as possible. The base game is pretty ugly at this point, let’s be honest. This essential fallout 3 mod, although it won’t make it look as good as Fallout 4, helps to alleviate this problem a considerable amount by replacing terrain, trees, interiors/exteriors, and most vehicles and furniture with high resolution real-life based photographic equivalents. It also changes roads, litter and paper scraps, and other medium-large sized objects such as toolboxes and chairs. This covers most of the in-game visuals and makes it all look much better.

Anyone who has played Fallout 3 on PC will know how annoying and obnoxious the Games For Windows Live feature can be. A weird and antiquated remnant of PC gaming’s past-life, GFWL probably doesn’t even work. This simple and easy mod removes it completely. What exactly does this mod do? It allows you to stop the Games for Windows Live from running in Fallout 3 and prevent its .dll files from loading. This will drastically help reduce the time that it takes for Fallout 3 to startup. It also removes the “Live” button from the main menu, and unbinds the “Home” key, allowing you to rebind the key to another useful action instead. A very nice QoL mod.

The faces of Fallout 3 are pretty bad, especially in 2019. They all look muddy and bland. This comprehensive graphical mod makes the faces look better, sharper, and less bad. Specifically, this mod re-designs the facial structure of NPCs in Fallout 3 to make them more realistic and to better reflect their personality. In vanilla Fallout 3 there are a lot of awkward skin tones and facial structures included, and this mod completely removes those in favor of the updated ones.

Fallout 3’s minute-to-minute action was never a reason to play it, and it’s only gotten worse with age. Fallout: New Vegas added the ability to aim down sights on all guns, which helps to make the action feel a bit tighter and more responsive. Even if you’re not a fan of FPS games, you can’t deny the convenience of this iron sights mod. What this mod does is it adds centered iron sight animations to most of the vanilla guns in the game for Fallout 3. This mod was supported for a long time by its creator, and many updates were made to improve it over the years. While it is no longer a work in progress, it has certainly improved the user experience for many Fallout players.

This massive gameplay overhaul changes Fallout 3 in some major ways. It brings in over 50 different mods to completely change the Fallout 3 experience. This mod, which we only recommend to people looking to completely overhaul the game, includes a variety of changes, ranging from FPS enhancements, alternative character start options, options to slow the leveling curve, and more. This is one of the most comprehensive mods that Fallout 3 has to offer, and installing this will vastly improve the challenge, immersion, and depth of gameplay while emphasizing balance, choices, role-playing and fun. It is a lot to handle, but if you are ready to take the plunge into a totally reworked version of the game, download this mod today!

Fallout 3’s engine was never the most optimized. Bethesda’s open world RPGs are known for their abundance of technical issues. There are a number of mods to fix some of these issues, but one that you might want if you’re getting performance hitches and FPS stutters is this mod. This plugin makes Fallout 3 not stutter as much, and will make gameplay feel smoother and perform better. It will prevent or reduce the impact of issues relating to stuttering and frame rate and will reduce the amount of crashes you may receive as a result of those stutters. Recommended for a smoother Fallout 3 experience.

This mod aims to overhaul the effects of energy and plasma weapons, making them much more deadly-looking and much more flashy. It makes energy weapons more appealing and much more deadly. One of the coolest features of this mod is that it has thirty-two new critical kill deaths! It also has new weapons included, new muzzle flashes, projectiles and more. This is a fantastic mod for energy gun lovers, and if you did not use those types of weapons before, you will now thanks to this mod.

There are a nice variety of perks available to you as you progress in vanilla Fallout 3, but if you’ve played it a few times before, you’ll probably find you’ve explored them all and already have your go-to favorites. This mod adds a number of cool new mods to expand your options when you level up. There are over 70 mods included in this high quality pack, and they are all innovative, humorous and fun to use! They also come with their own special icons. With this pack there will be endless combinations for you to go through and experiment with, and it will prove hours of content just by installing this mod. Give it a try today!

If you play Fallout 3 for a while, or if you’ve already played it before, you’ll start to run into the same wasteland monsters over and over again. It can start to get a little tedious. This mod adds a wide variety of new monsters and creatures to the world of Fallout 3.

One of the coolest things Fallout: New Vegas introduced was weapon mods. The ability to tweak and improve your weapons with various attachments and improvements helped make the combat more engaging and more varied. This mod adds a similar system into Fallout 3, letting you customize your weapons with silencers, scopes, and more.

This massive overhaul mod adds a large number of new items, high-quality re-textures, and many other gameplay changes. Great if you’re looking for a huge overhaul to completely change the Fallout 3 experience.

A simple mod that improves the blood texture to make it sharper, clearer, and less muddy. You’ll be spilling a lot of blood in this game, why not make it look good? 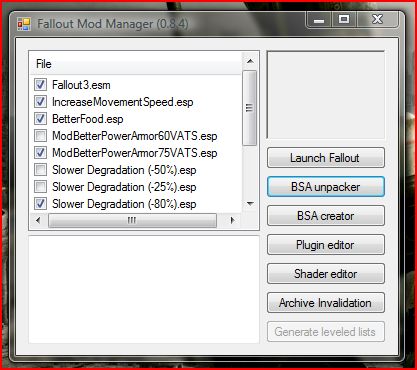 Since you’re looking for the best Fallout 3 Mods, we’re betting that you’re looking to upgrade your game in more ways than one. You’ll probably be downloading multiple mods, and that’s why you can’t skip on getting a good Mod Manager like this one. It’s essentially a collection of utilities that helps you keep track of all your mods and prioritize them. 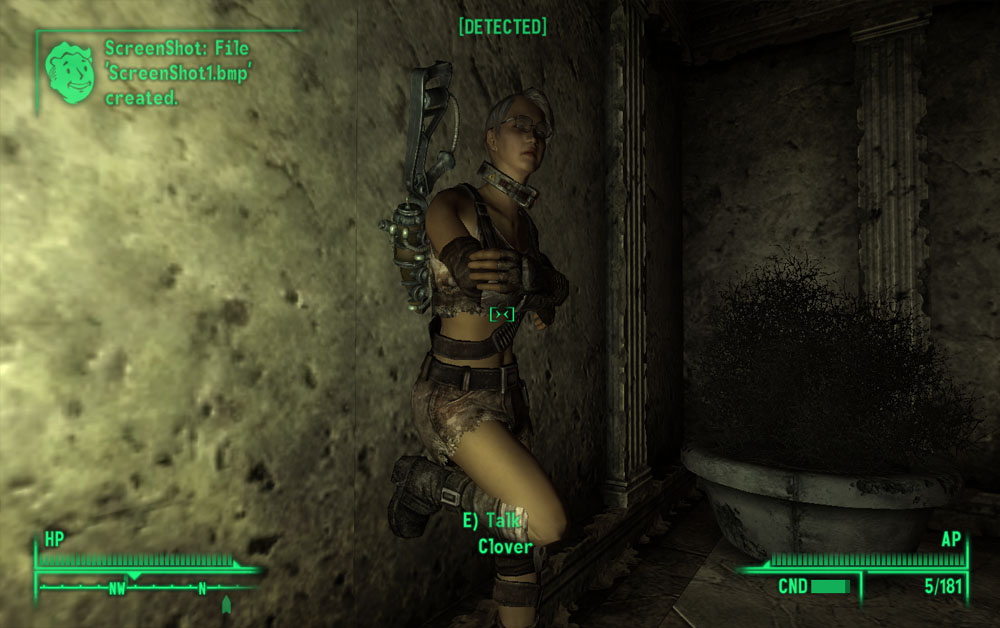 If you ever find yourself feeling guilty when you see all your followers stand in attention waiting for you while you go about on your business: this mod takes care of that.

Making the vanilla companions seem much more real and at ease, this mod changes the AI to allow them to walk around, strike up conversations with each other, sit down, or even eat and drink. They will interact with any environment they’re in. 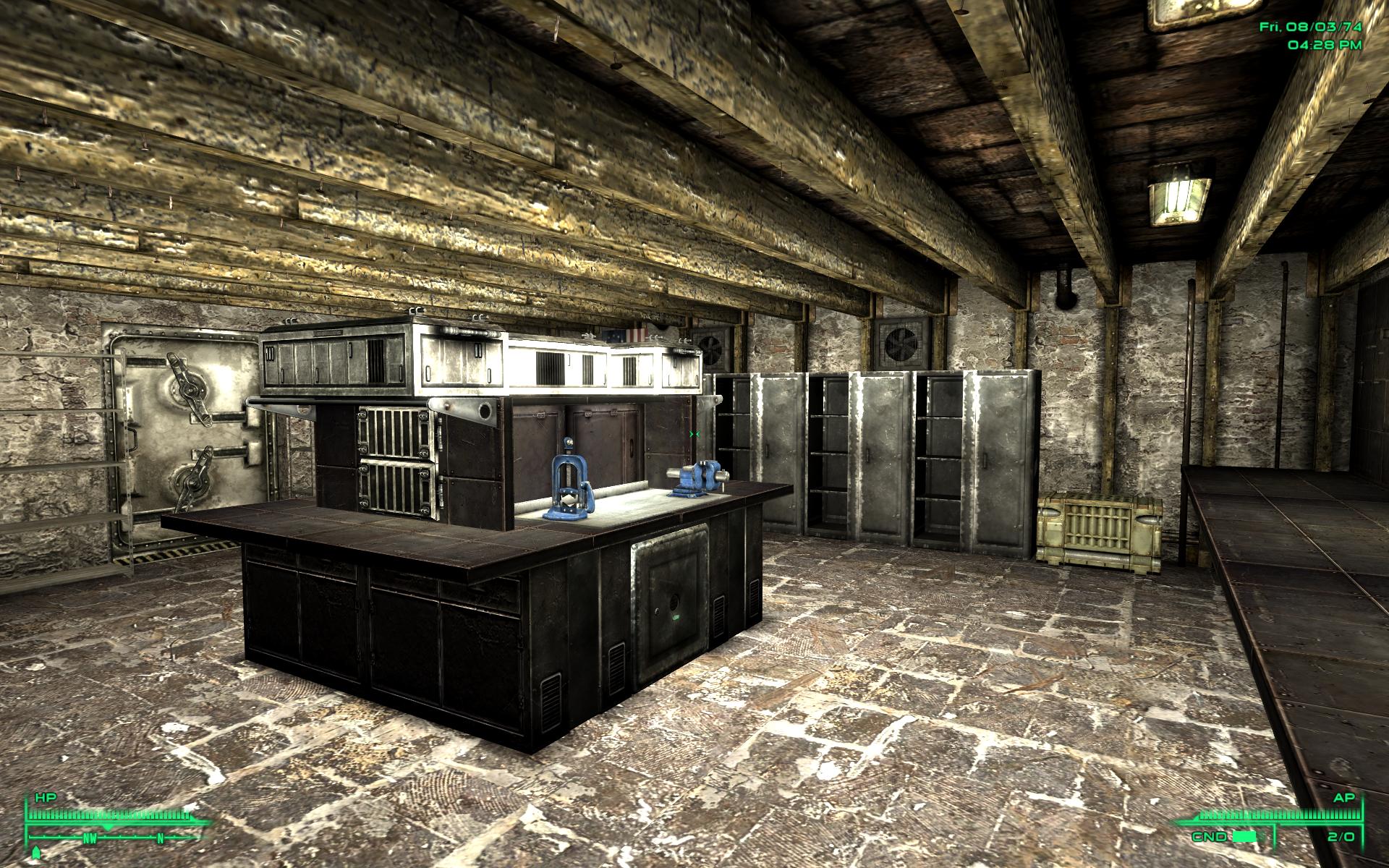 The Megaton House and Theme Overhaul completely re-designs the interior and exterior architecture of the Megaton House. There is new default furniture as well as a basement that has utility features like a weapons display, armory storage and an item sorter. 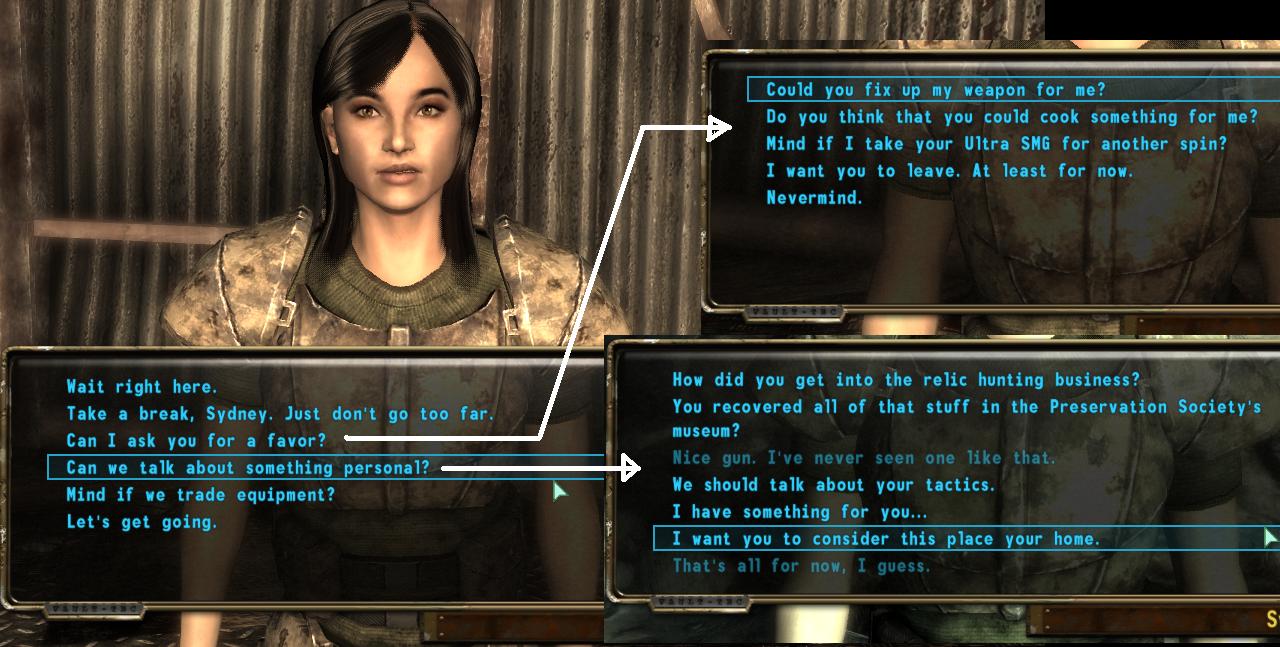 If your heart broke when Sydney said she’s leaving to travel to the Underworld and set up shop as a vendor this mod is for you. It allows you to recruit Sydney the Relic Hunter as your permanent companion. Getting this mod does much more than have Sydney run behind you forever (as if you didn’t finish the Stealing Independence quest) with over 420 recorded lines from the original voice artist. 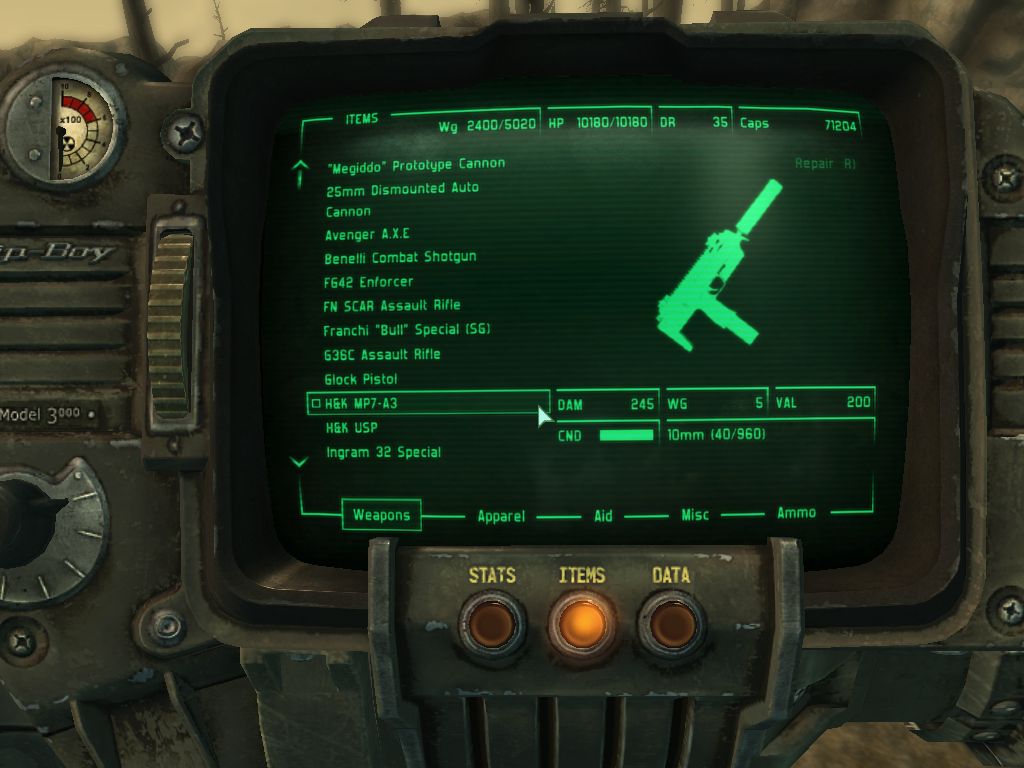 These are 20 must-have fallout 3 mods available for Fallout 3 on PC. There are plenty more out there, but these are just some of the best to get you started.