Early access games on Steam have been a topic of debate. Majority of the early access titles died down during the development or developers stopped working on them completely. But luckily, there are a couple of developers that truly give their best to communicate with their community and develop the game based on the players’ response, creating a unique masterpiece on the way. Darkwood, Streets of Rogue, Slay the Spire, so on and so forth. Rimworld is on the list too, and it is really high up there. It currently sits on the 2nd place amongst all early access titles, with 20,000 reviews with %97 of them being positive, just below Factorio. Today, we will list some of the best rimworld mods.

Ludeon Studios’ sci-fi colony simulator has been a huge hit, with detailed, funny, unique gameplay that changes every time you play it, random events, crazy AI storytellers and much more. Given the love for the game and how simple it is to mod it, there are already tons of mods for the game for different desired outcomes. From the quality of life improvements to complete overhauls, there are a lot of mods.

This mod for Rimworld extends upon the worlds that are mentioned in the game called “glitter worlds”. It gives you a lot more, highly-advanced end-game items such as high-tech energy weapons and armor, advanced bionic limbs and organs, advanced recipes and resources, powerful turrets and automatic mortars, wall lights, windows and blast doors and much more. It also adds a number of factions from these glitter worlds. But of course, these expensive technologies often catch the attention of big corporations, and given the fact that you’ll have really high-tech stuff, they are extremely powerful as well. With this, you’ll have richer end-game experience, with better end-game gear and more powerful end-game enemies.

Except for kidnapping enemies, buying slaves and some random event here and there, you won’t see a lot of new faces in your colony in Rimworld. Except for reproduction of course, but that takes time. Ever wondered what you can do with those visitors that wander around your base? With Hospitality mod, you can build guest rooms and beds for visitor and can even convince them to join your colony. These visitors can even help you enhance your relationships with other factions if you take care of them.

RNG can be a devil in games. You have a sniper with %98 accuracy and %99 critical hit chance, and he manages to miss entirely. It is super cringy sometimes.

Rimworld uses a fair bit of RNG, but one of the most annoying areas can be surgery. Even the best colonists with high medicine skills can perform a “ridiculous” surgery failure and manage to completely annihilate your already-injured colonist. This Rim World mod reduces the RNG factor and makes surgeries less arbitrary (hence the name of the mod). If they fail the first time, it gives the surgeon a second chance to try again with non-lethal injuries. If they fail an implant, they will give you that body part back instead of completely deleting it. If your real life RNG is not that strong and you do not want to lose it during game’s surgeries, this mod is a good choice for your sanity.

While Rimworld does a great job creating a realistic gameplay system with tons of details on skills, moods, character traits, resource management et cetera, it misses one odd yet obvious point: toilets and showers!

Yes, there are no toilets, sinks and showers in the vanilla game. There is a reason for this, since adding a new mechanic without changing other activity times will make the harder by making a day shorter, since your colonists will ned 1 hour to shower, pee etc. So using this Best Rimworld mod will give a lot more trouble, but if you are after that true realism, this mod adds a lot of hygiene options.

While your colonists’ needs, complaints and traits make the game more fun, some of their unrealistic and outright annoying needs can become tedious sometimes. Such as how they want big bedrooms for their certain needs. We are trying to survive in a random planet here, not going on a holiday.

Hand Me That Brick

Do not get fooled by the funny name of this mod. It actually fixes a small-yet-serious problem about the building mechanism of the game. Normally, your builder both carries the resources and build the thing. With this mod, you can make Haulers deliver resources to blueprints and construction frames, making building much less tiring experience for your builders.

We talked about a lot of mods, mainly the more essential ones; but whether you downloaded overhauls or quality of life improvements for the game, not all of them are compatible and changing between them manually can be tiring or sometimes completely crash your saves. A mod switcher comes very hand in this situation. ModSwitch allows you to restore a saved list of mods, save the current list of active mods and load a ModSet from a savegame and much more.

In a colony sim like Rimworld, the more time you spend, the bigger your colony becomes. Sure, you start with a couple of people but that changes drastically, fast. Manually controlling literally hundreds of people, animals and mechanics can be overwhelming. Colony Manager adds hunting, forestry and livestock jobs and lets you set certain target values for those workers, leaving you unworried about manually hunting, designating a lumber and taming/butchering your livestock. Plus, you can set certain colonists as managers, and they can assign new jobs and check if the assigned designations are still up-to-date, and make changes or delete designations where required. They do not touch manually set designations, so you are still the boss, do not worry. Since it adds new jobs, it requires a new save.

Defending your base is an important part of the game. Afterall, you spent hours building it and now raiders are coming to get it. If you have a lot of colonists, this can be a bit tedious. You have to place them one by one tactically for maximum efficiency. With Defensive Positions, your colonists will remember their position during a base defense. You can send them to their positions with a single click. You can also designate keys to quickly create and select groups of colonists. You can save up to 4 defensive positions so if your base has multiple entrances or you have to fall back during a defense.

The combat extended mod is an extension of the prevailing combat mod that adds more detail to the combat edition and also allow access to third-party mods to add more elements to the game. The biggest advantage of this mod is you can add frequent ammo to your inventory and help you finish more of your quests. The Fastrack edition of the combat pack is one of the most used mod by the gaming community of Rimsworld.

The mod packs all the features that made star wars a loved franchise. The classic Lightsaber mod is a well-known characteristic that binds the emotion of the Star Wars franchise and the same can be added to the characters of Rimworld. You can make your characters to hold lightsabers and deflect bullets with this mod. These sabers are fully customized with SFX that would help you to load crystals and use them to defend your character from bullets.

This mod will give you a good gameplay experience if you are into galaxies and space stuff. The mod theme is all about galactic space where you can build an orbital fortress and also set an atmosphere where you can explore more of ancient ruins that are in and around space. With this mod, you can also travel between various rimworlds using a basic ship. The added advantage of the basic ship is you are free from raids, there you can store small amounts of loots. You can convert this basic ship into a more full-fledged ship by which you can use this as a launchpad to enable quests. It is more of a portal to help you travel between spaces in the rimworld. 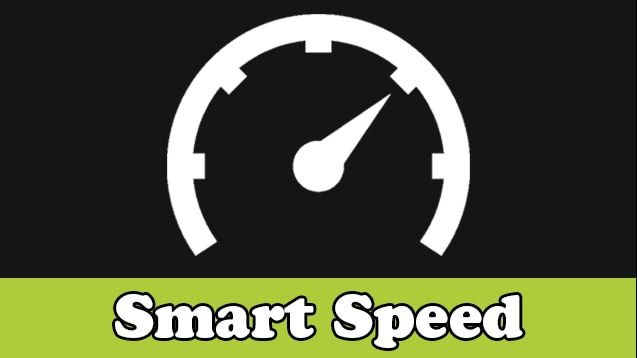 This is one of the first mods that players seek out after playing Rimworld. Not being able to speed up anytime the game isn’t going as fast as you like, especially during events can make the entire gameplay less exciting.

This mod enables an ultra fast speed even without a developer mode. It’s easy to do this as well, with an ultra-speed icon. And if you thought this modder forgot about event speeds, don’t worry! There’s also an event speed multiplier, all the way to x2 the normal speed, even when you’re in combat mode (which is generally speed-locked when playing the vanilla game). 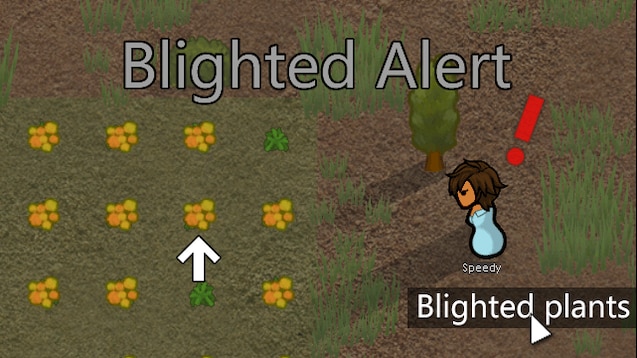 One of the frustrating things about Rimworld is the spreading blighting of plants. There’s also no way of finding out when a plant is blighted, and this mod solves that for you. It alerts you when a single plant is blighted, and how much it has spread by letting you know on the map. This makes it easier to ‘nip it in the bud’ and tend to it before it becomes disastrous.

This blight mechanic is a minor change to the vanilla game but is a much appreciated improvement that lets you focus on other aspects of the game. 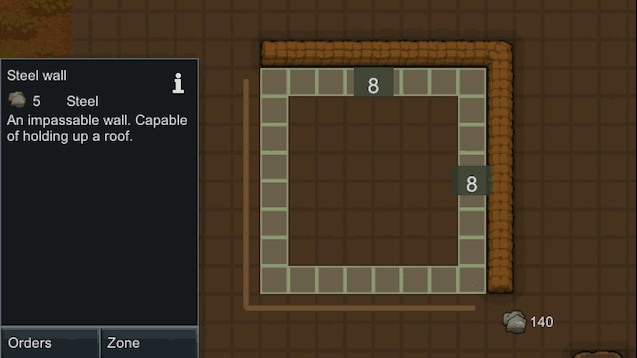 Speaking of minor annoyances, Rimworld only allows the player to build walls with straight lines, which takes forever when you’re trying to construct a building. This mod makes the world of a difference, giving you draggable corners that lets you design both walls and impassable buildings with the use of hollow rectangles, as well as L-shaped conduits and sandbags.

Users are waiting for a version 1.2 of this mod that will allow circle construction, but until then, we’re happy to wait with this handy mod installed. 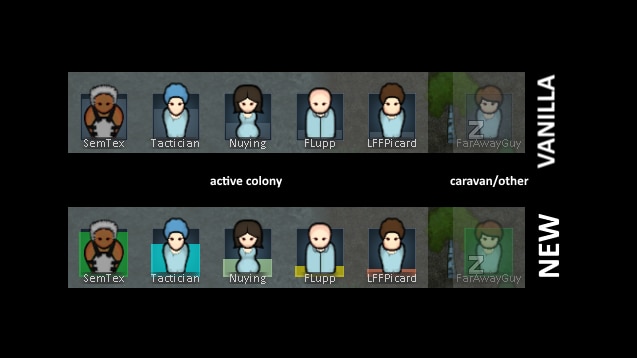 This mod does exactly that, color coding their emotional state to make it easier for you. Red signifies an extreme mental break threshold, orange a major mental break, yellow a minor mental break. Gray is a neutral mood, while light blue is content and green signify happiness.

Now if only this mod worked on people in real life too. 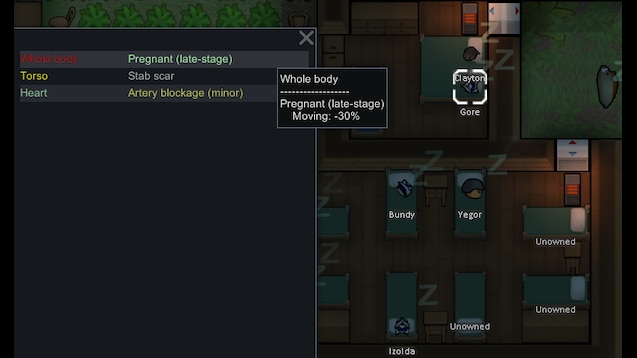 We’ve come a long way from those three survivors on the shipwreck. If you want to take your society to the next level, a good way to do it is make your colonists have children. This mod allows that to happen quite easily, children are born resembling their parents, at the ripe old age of 15.

There are also schools where your adult characters can teach, provided they have the necessary experience and skills. The modder has put in a lot of thought and detail to this heavy mod: the parents can take birth control, and have artificial pregnancy through medical operation (ideal for single parents or even two female parents or two male ones)

Unlike some of the more simplistic aesthetic mods, this one adds a new dimension to the game and is great if you’re getting bored with the vanilla game.

While a lot of mods are created and are still being created for this masterpiece, we decided that these 14 best mods for Rimworld will help you the most when you are just starting to mod. Now get to modding and start enjoying one of the most fun colony simulators ever made!