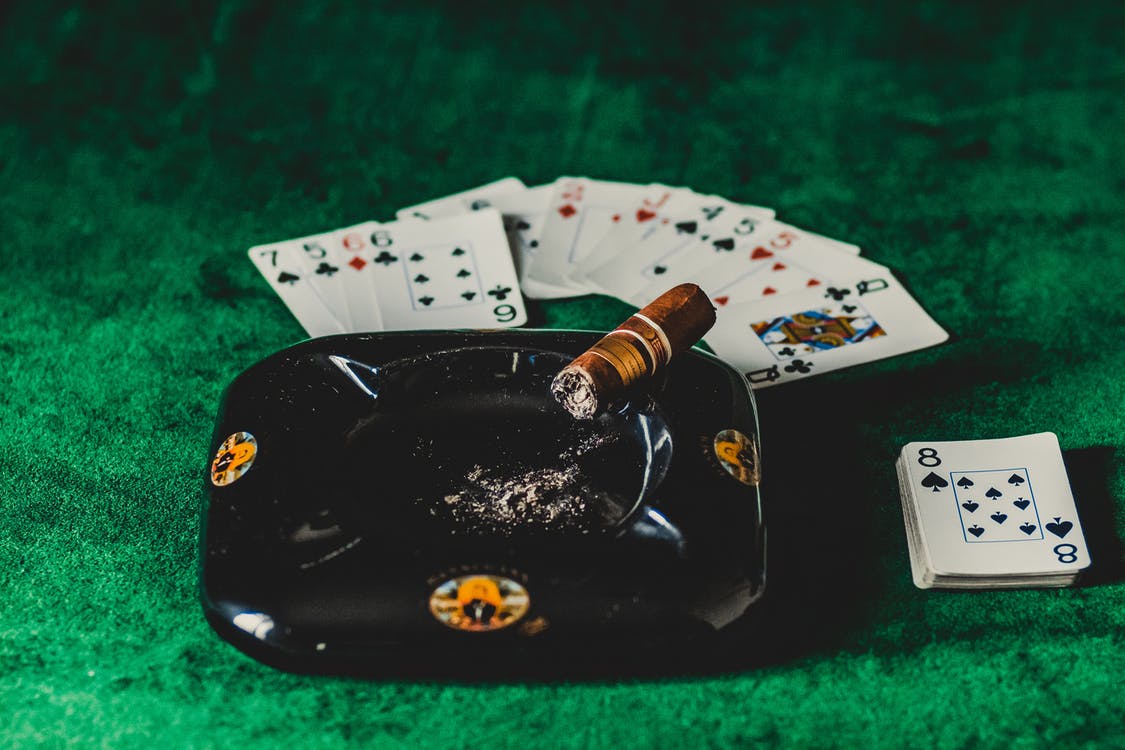 Modern day poker was created in the early 19th Century in the USA, based predominantly on the French game Poque brought over by French colonists to New Orleans, when locals began combining the popular local gambling games with the newly introduce French 52 card deck and spread throughout the USA on the Mississippi River Boats. Some gaming historians trace the origins of poker back even further, to the Persian card game As-Nas. As-Nas consisted of a 25 card pack, with 5 suits, and the gameplay was exactly the same as poker but without the addition of flushes of straights. There are also hints of modern poker in the Spanish game Primero, and another French game, Brelan. It is argued that the English game, Brag descended from Brelan and incorporated bluffing into poker. Whilst it is hard to pinpoint the exact birth of modern-day poker, it is clear that it was in some way influenced by all these, and potentially other contemporary, games.

Throughout the years the game has evolved and developed. Its simple basis and potential for customisation has meant that its popularity has endured through the years. There are many popular variations, played in casinos, as tournaments and as evening entertainment is people’s homes. As well as more traditional variants, adding a condition or amending a betting practice, there are also many non-traditional variations of poker games popular around the world.

Also called double-handed poker, this is a variation of the traditional Chinese domino game Pai Gow, Pai Gow Poker is played with playing cards. It is played with a single 52 card deck and one joker, and is played by 6 players (plus dealer). Pai Gow Poker was created in 1985 in the USA by Sam Torosian, the owner of the Bell Card Club. The aim of the game is to defeat the banker by creating a five-card poker hand and a two-card poker hand that best both the banks hands (hence double-handed poker), with the condition that the five-card hand outranks the player’s two-card hand. Despite the relative newness of this variant, there are already sub-variants played in casinos, including Pai Gow Mania, which allows for two side bets, rather than just the one.

Chinese Poker is a card game that is a really good version for beginners, as only a basic knowledge of poker hand rankings is required. It is a fun and exciting game as its format allows for unexpected outcomes, and there is a big element of luck involved, meaning that beginners can win against more experienced opponents. This is usually a three to four-person game but can be played with two. Players are dealt 13 cards, and must form two, five-card hands (known as the back and middle), and one three card hand (the front).

There are different conditions players must meet, including the back must be the highest-ranking hand, and the front the lowest, flushes and straights do not count for the front. Players place their hands face down and in turn order declare their intentions, place bets, and hands are turned over. There are different scoring mechanisms, including the 2-4 method and the 1-6 method, and different amounts paid out depending on the variant being used. Like most other poker variants, Chinese Poker has also evolved, and within the variant are additional variations played across the world.

This is an extremely simplified form of poker played with just 3 cards (usually a Jack, a Queen, and a King) and 2 players. It is based on game theory and is zero-sum: i.e. the wins of one player are perfectly balanced by the losses of the other. It is closely related to the Nash Equilibrium, named after John Forbes Nash Jr. Each player receiving one card each and either places bets or passes: if both players bet or pass, the highest card wins, if only one bets, the betting player wins.

There are different versions of this game, adding additional cards and players to increase the complexity of the game. 3-player Kuhn Poker was introduced in 2010 and includes 4 cards but keeps the rest of the game structure the same. The appeal of Kuhn poker and its variants is less about the fun of the game and the potential for winning lots of money, and more about exploring the maths within. Despite only consisting of three cards in the 2-player variant, Kuhn demonstrated that there are infinite equilibrium strategies for the first player, but only a single equilibrium strategy for the second. Whilst not necessarily the most exciting variant to watch, it certainly uses a lot of brain power for those involved!

This is a card game that is a combination of poker and keno (also known as lotto) and shares some aspects with bingo. The dealer deals out 25 cards laid out in a 5×5 grid to each player, and with another deck of cards turns over a card at a time and players mark this card off on their grid. The first player to mark off a row, wins.

It is a simple game, and the scoring can be differentiated depending on who is playing. For example, the reward can be dependent on the poker value of the line, or the dealer can keep going until each player has a hand and the best hand wins. It can also be played like Blackjack, where the dealer also has a grid and players are competing to beat the dealer.

Undoubtedly, the popularity of poker has endured throughout the centuries. As it has travelled across the globe, it has been affected by culture, legislation, and even academia. It is clear that we have not seen an end to new and wonderful poker variations, as innovation is happening all the time.

Hacks for Modern Warfare: What to Know Before Using Them