Dragon Age Origins is an excellent game. It may not be the newest one, or the one with the best graphics or gameplay, but it’s certainly a great game. When Bioware released it, one of their goals was to create a game that you could easily modify if you want, and they’ve provided the toolset to do so as well.

With many gamers, most of their complaints had to do with the visuals of the game. The graphics and visual quality overall do leave a lot to be desired. There were also a few ideas here and there on how to improve the gameplay itself, or at least make it more interesting. You can also look on the Dragon Age Origins Nexus Mod page

If you’ve ever taken a look at the modding community for Dragon Age Origins, you’ll find hundreds, if not thousands of mods. This makes choosing which ones to go for a difficult choice. Therefore, we’ve assembled a list of the 11 Dragon Age Origins mods for you. From visual mods that will help with the game’s graphics, to replacements for your companion, better character armor and clothes, everything. We made our list as diverse as possible.

Now that we have the installation out of the way, let’s take a look at the mods we have for you. We’ll start things off with the visual mods, then move on to ones that replace your companion, and finish things off with mods that add functionality to the game. Let’s begin. 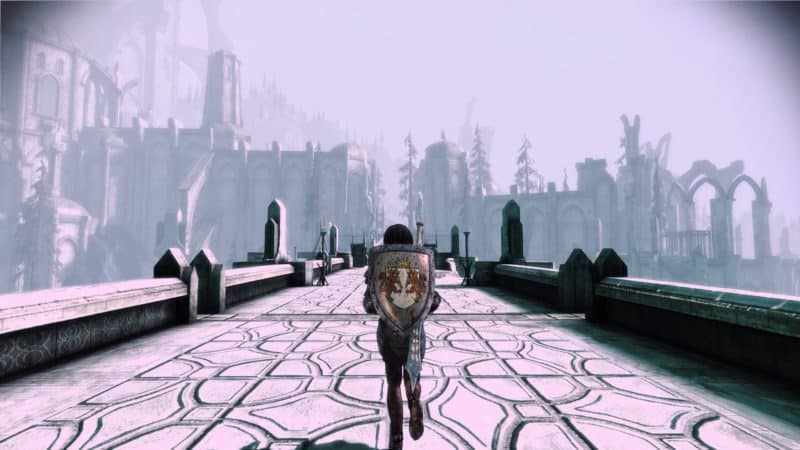 As we mentioned, the visuals in the game aren’t all that impressive. Lighting Enhanced is one of those mods that aims to change that. You won’t get new visual elements. Instead, you’ll find that the lighting has been heavily modified, and we mean it in a good way. To begin with, the mod uses Lumasharpen to add sharpening to the game. You will also find subtle bloom, DPX, tonemapping and contrast adjustment, as well as SMAA.

Note that you’ll need to disable anti-aliasing from the launcher for the mod to work because of the implementation of SMAA. If you want to, you can force AA from the control panel of your graphics card.

Once you get the lighting taken care of, the other thing you need to do for better visuals is swap out the textures. The JB3textures mod does exactly that, with new, resized textures made to look much better. You’ll notice details in places you haven’t seen before, from objects and armors to terrains and creatures. The game will look much more detailed and your whole experience will be more enjoyable.

One thing to know with the JB3textures mods is that it will consume significantly more RAM and VRAM on your computer. Before you task Dragon Age with running it, make sure your computer can handle it. If it can, you’ll get an impressive gaming experience. 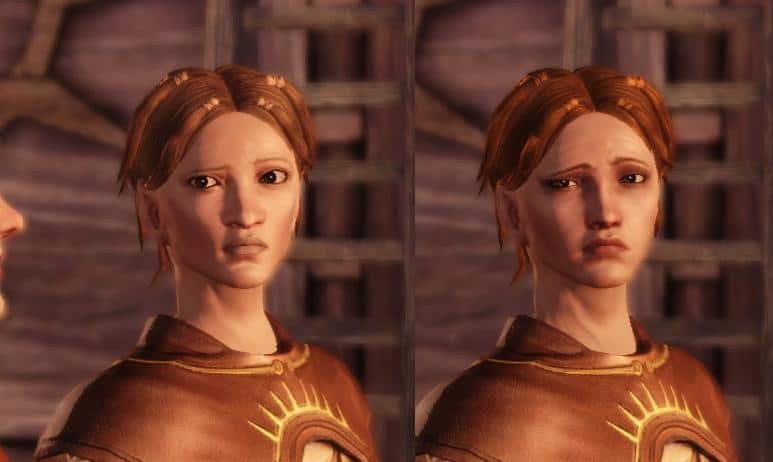 The last visual mod we’ll discuss is Dragon Age Redesigned. It’s basically a redesign for the whole game – from characters to NPCs and objects. You’ll find much better, much more detailed textures, and the game will be a much more pleasurable experience. A tip would be to delete the files for the companions (or add some of the other mods we have below), but otherwise, the mod gives a lot of character, especially to the NPCs. Among the fixes are skin issues, personality mismatches, race and gender identification and face proportions, all of which try to make each of the characters fit better with the Dragon Age lore.

The mod itself encompasses more or less 1241 NPCs, which is an impressive number. The developer behind it also accepts feedback on some of the designs, so if you can give him a better suggestion, you might see it implemented in a future update. 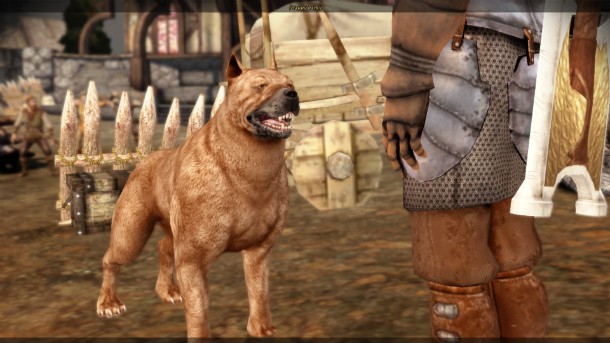 A Gray Warden’s best friend is the Mabari warhound. They have a muscled chest, pointy ears, and snappy jaws, and they do look aggressive. However, they’re actually happy partners and great to have by your side, especially as a tank if you’re a ranged fighter or mage. But considering they don’t carry inventory, don’t equip items and don’t talk, many people choose to replace them with some more useful companions.

With this mod, you’ll have your Mabari join you as a permanent party member, attached to your player character. Sure, this may not be the most balanced addition to the combat system. But you aren’t going to leave those sad puppy eyes behind. Are you? 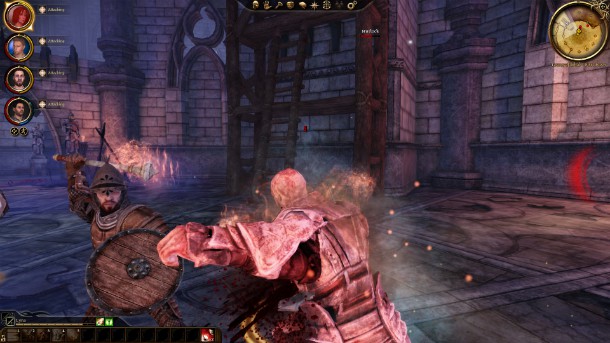 Ever tried finding and giving a special gift to someone in Dragon Age? Most of the interpersonal politics begin with a gift. But without any mods, finding that gift only results in a bunch of people talking for a good while as you try to figure out which one of you is actually supposed to receive it.

Add the Madd Gift Guide, and you’re getting a suggestion. You’ll find them in the description of the item, and it will give you a clear suggestion as to which one of the companions should get it. If you’re after that “most popular Gray Warden” title, this mod can make things incredibly simple and easy. 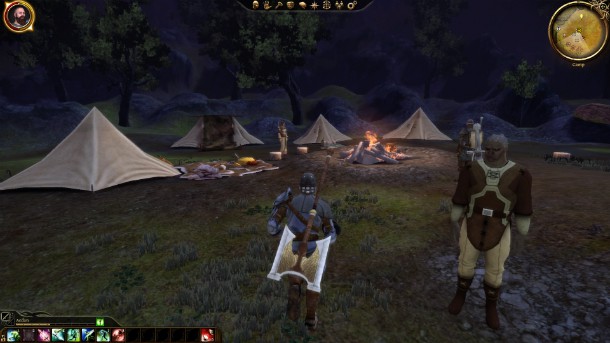 It’s 2019, and times are changing rapidly. You’ll find plenty of “activists” scoffing at the fact that you have limitations and gender restrictions in Dragon Age, but the Equal Love mod solves this. It erases any gender restrictions on your interactions with the companions. You can go ahead and flirt, kiss or love just about any companion you want to, and your player-character’s gender doesn’t matter at all.

The best thing about it? Those rules will carry over into the storyline conclusions of the game. Be careful with your choices – they do have a big impact in the game. Oh, and one thing to note. This mod doesn’t allow for a player-character and Mabari marriage. Your dog was, is and will be a strictly platonic friend. 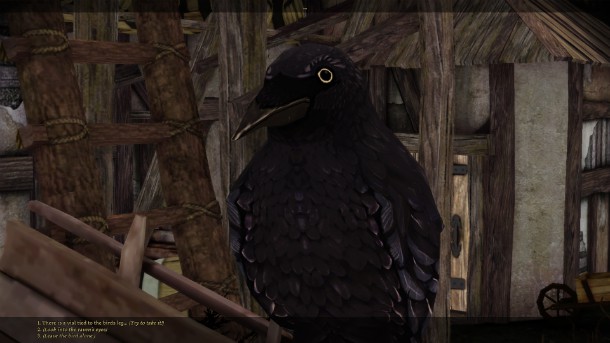 As you progress in your game and you get better at certain things, you’ll start to notice your strategies shifting. When you’re in a team, your initial skills and attribute points distribution may not be that useful anymore, and you’ll wish you were able to change them.

Well, with the Character Respecialization mod, you can. It does this in a fairly gameplay-friendly way, and you can use it more or less at any time. All you need to do is find the raven. It’s a dark and honestly, slightly stupid looking raven, and it’s found on a fencepost in most of the major cities in the game. There’s a drink strapped to its leg – drink it, and voila, you can respect your attributes and skills as you wish. You can do this at any point in time as you deem necessary. 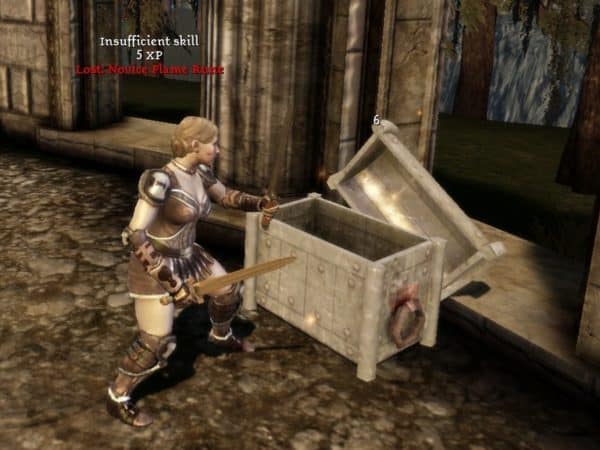 In the vanilla version of Dragon Age Origins, you’ll need a lock-picking rogue in your party if you want to be able to get into locked doors, or open locked chests. If you aren’t one, or don’t want one in your team, the Lock Bash mod will take care of this for you. You’ll be able to force open most of the locked doors and chests, and we do mean actually attacking the object and destroying it.

The mod behaves intelligently – you won’t be able to bash doors or chests for which you have the key, or you can open otherwise. If you have a rogue with enough skill next to the locked chest, you’ll simply command them to open it. This is an excellent mod that makes things a bit easier but does come with tradeoffs if you don’t use it carefully. 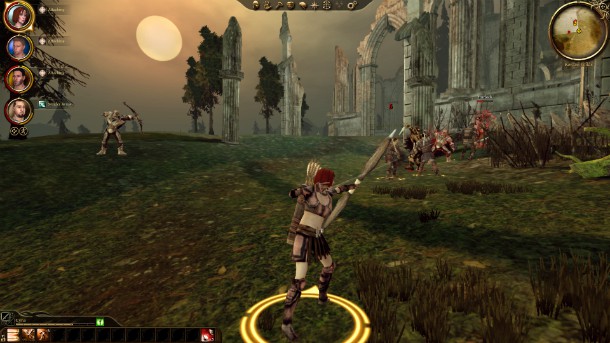 If you want a more impactful, a more drastic change, you should take a look at the Baldur’s Gate II Redux mod. You have Irenicus’s Dungeon, which is the first dungeon in the game, completely recreated by a modder team. It includes everything, such as original audio and the snappy dialogue you expect. Even though the mod initially should’ve been much more expansive, we’re still happy it works as it does. It should give you about an hour of dungeon diving filled with nostalgia. 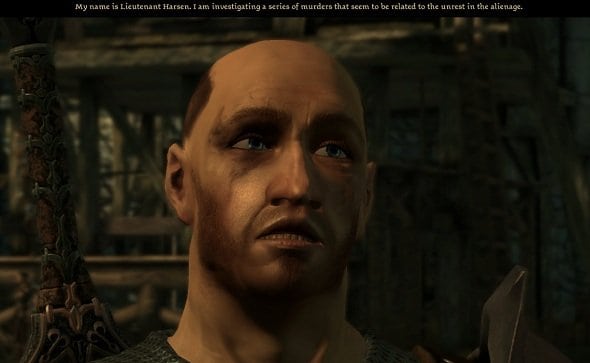 The Alley of Murders mod adds a whole new thing to do in the Dragon Age universe. It’s basically a complete add-on campaign, to be honest. In the grungier areas of Denerim, you have a serial killer that can’t be caught by the locals. It is actually up to you to try to step in and find it.

The mod is very well made, and is voice-acted to a certain level. How long it takes you to solve it is completely up to you, depending on how invested you are, but it can take anywhere from a few minutes, to a few hours. 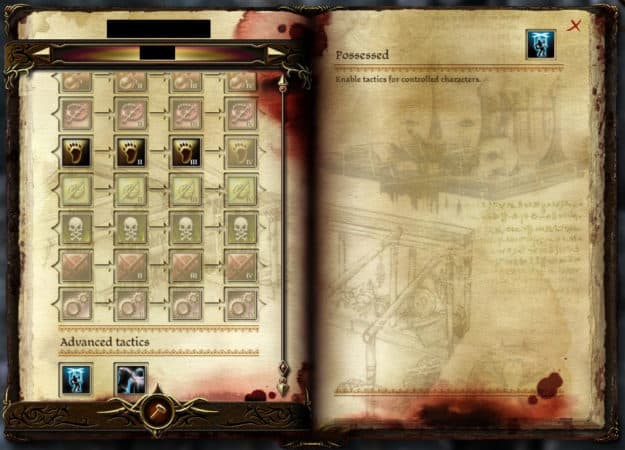 The Advanced Tactics mod is the last one on our list, and it’s basically a fix for various gameplay issues. It deals mostly with the bugs in the tactics system, the AI and the party members’ behaviors. In the tactics system, it enables new actions and conditions that let you do more precise configurations to your followers. In the followers’ AI, you can make changes such as make ranged followers avoid melee. It will fix a few common bugs you might experience during combat, too. It may do a few small things, but it does them really well and you’ll notice the difference.

How to Install Mods for Dragon Age Origins?

Before we take a look at our list of mods, you should know how to install them. With most of the mods we have on our list, you’ll get a readme file with instructions. But in case you don’t, there are two main ways to install Dragon Age Origins mod.

The first one is if you have a .dazip file. If that’s the case, you’ll need to use the daupdater.exe file in the bin_ship folder. This is found inside the folder where you installed Dragon Age Origins. Run the .exe, and simply drag and drop the .dazip file on it. Then, highlight it and choose “Install selected”.

If you don’t have a .dazip file, you’ll need to go to your user folder, under Documents, Bioware, Dragon Age, Packages and finally Core. Inside should be an “Override” folder. If there isn’t one, just go ahead and create it. Once you’re inside the folder, just put the mod’s files inside.

Whether a mod is installed with the daupdater.exe file, or by copying it in the Override folder depends on whether it’s a simple add-on mod, or it needs to do any overrides in the game.

As you can see, there’s an abundance of Dragon Age Origins best mods online. However, the list above contains the best mods for just about anyone, from people looking to do simple modifications, to ones who want to change the gameplay of the game completely. Make your pick and enjoy!