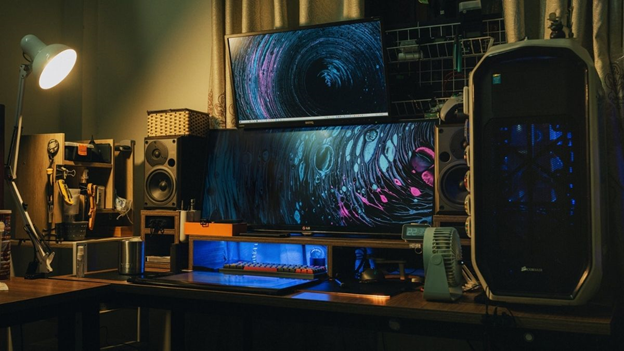 Gaming is one of the most popular hobbies nowadays – with a majority of people indulging in it. That comes as no surprise, really. It’s tons of fun and – best of all – gaming is accessible to everyone today. There are no more restrictions or elitist groups that are closed off to others.

Even better, there are dozens of tools that make gaming such a fun activity. But with so many of tools to choose from, how do you know which one to pick? You can’t exactly go crazy and install 100+ apps on your system, after all.

We’ll go ahead and make things simple for you. Here is a quick list of the best gamer tools in 2021:

Discord is a VoIP and instant messaging platform that was specifically designed with gamers’ needs in mind. It allows you to set up dedicated channels where you can chat with your friends and host group audio and video calls.

Discord is a better alternative to Skype – which gamers used before for group calls while gaming. It shows since over 250 million gamers worldwide use this tool. Discord has a much better user interface, is much more customizable (you can add your own emojis and even bots), is free to use, and the devs even went as far as weeding out hate groups to make Discord a safe space for everyone.

You can read more about Discord and download it from here.

VPNs are online tools that hide your IP address and encrypt your traffic. Many gamers have started using them recently because VPNs are excellent security tools. By hiding your IP address, they protect you from DoS/DDoS attacks – which are a pretty common occurrence in gaming.

But that’s not all. Here’s what else a gaming VPN can do for you:

To read more about gaming with a VPN, follow that link. It will take you to GamerGirl, a ProPrivacy blog that pots useful articles about gaming and online security. As for which VPN to use, we generally prefer ExpressVPN. We like it the most because it has very fast speeds (thanks to its own proprietary protocol called Lightway), excellent security, easy-to-use apps, and a no-questions-asked 30-day money-back guarantee.

We all need to check our system specs on the spot sometimes – either to make sure we meet the system requirements for a game or to post our gaming rig info on Reddit or other forums.

Unfortunately, just checking the Device Manager or the system specs the OS displays isn’t always enough. That just shows some basic information. And checking what the hardware’s packaging says is just inconvenient (if you still have it, that is).

That’s where CPU-Z comes into play. It’s free software that gives you tons of information about your computer – the processor’s name, how many cores and threads the CPU has, data about each core’s internal frequency, motherboard info, system memory data, and more.

GPU-Z is like CPU-Z but it only focuses on your computer’s graphics card. It displays a great deal of useful data like:

Here’s where you can get GPU-Z from.

OpenHardwareMonitor is a useful tool that provides you with quick information about your computer’s components at a glance. It tells you details like:

Overall, everything you need to monitor your device and make sure it’s okay. OpenHardwareMonitor is similar to CPU-Z, but it’s more beginner-friendly. The details are displayed in a less “aggressive” manner and are easier to follow. Basically, you don’t feel overwhelmed the first time you open OpenHardwareMonitor.

Gaming for hours on end will take its toll on your eyes. They’ll feel much more tired than usual. Even worse, doing that might damage your eyesight in the long run.

Enter f.lux. It’s an app that automatically tweaks the screen’s light and brightness depending on the lighting of your room. All in all, it promotes healthy eyesight.

f.lux is free to use and has a very intuitive UI. So you don’t need to follow any complicated tutorials to get started.

If you’re one of the few people who somehow never heard of Steam, well, you’re in for a treat. Steam is a gaming platform that has its own clients for Windows, macOS, Linux, iOS, and Android.

Steam is basically a gamer’s wet dream. You can buy digital games, and you have thousands of options to choose from – including AAA and indie games. There are also tons of fun free-to-play games. You can then use the Steam client to download and play those games in minutes. Finally, Steam makes it easy to meet new people and play together with your friends.

Which Gaming Tools Do You Use?

Do use any of the services we mentioned in this article? Or do you use other gaming-related tools? If you do, please mention them in the comments. And don’t forget to include links!