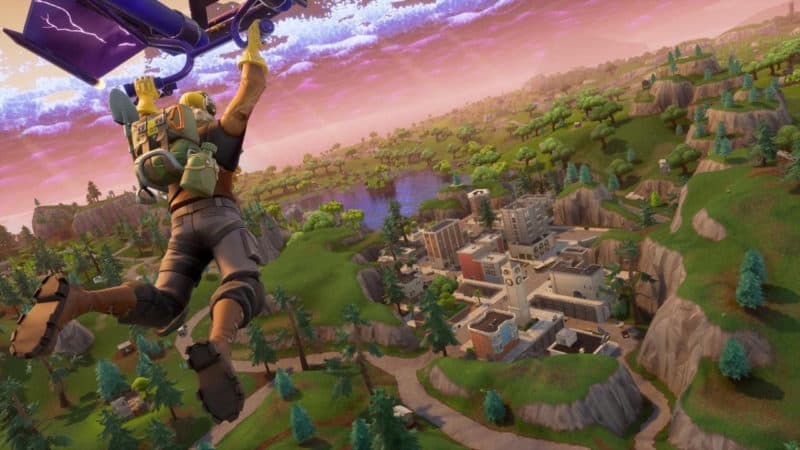 Having the wildlife roam around the world is the new big thing in Fortnite season 6 and the two most fiercest species that we are going to look at today are the Raptors and Wolves. They are the latest additions to the world of Fortnite besides the usual chickens and boars, horsing around the wild.

Although, both being two distinctively random species one thing that they both have in common is that they are both aggressive in nature and upon encounter they might even attack you. But what if I told you that both Raptor and wolves can be tamed and used against enemies to attack them. Sounds fun right? Let’s find out more:

Where to Find Them?

Now before we actually move on to taming these beasts, we actually need to know where to find them. So as for our wolves, they are mostly seen wandering around the areas covered in woods, most likely in packs.

Now as for the Raptors they can be found near the eggs that they’ve most likely been hatched from. And just like our wolves, Raptors also like to roam around in packs, so if you see one, there’s a good chance that there are more coming. So, in order to find the Raptors, you need to keep an eye out on their eggs as well.

How to Tame Them?

Now there are basically two methods to tame these beasts and they both practically work in the same way for both of these species, although one requires you to be more prepared than the other.

Now once you have found a wolf or pack of wolves, one of the ways you can tame it is to throw a piece of meat and once the wolf starts eating the meat you can make you move towards it and start taming it. If successfully performed, a cluster of hearts will pop up, indicating that the wolf has been tamed.

The Same process works for the Raptor as well although it might difficult to get them beast tamed with just one piece of meat, so make sure get more.

Now the other way to get these beasts tamed is to craft a Hunter’s Cloak that can be done using two animal bones and a piece of meat. Once crafted, activate it and wait for some time then approach either a Wolf or a Raptor without the fear of having them attack you while you try to tame them.

I hope this short guide gives you the basics of taming these fierce creatures and before you go, if you would like to try out other battle royale games, consider checking out Gamecamp where you can find the best deals for your desired video game.

Looking to Become a Pro in Destiny? Find Out More About Competitive PvP Carry