The co-op shooter FPS Payday 2 is a great game to play with your friends, but it gets even better with mods. There are tons of Payday 2 mods but most of the ones that exist aren’t total overhauls since it is mainly a multiplayer game, but the modding community of the game already produced some useful additional content. Without further due, here are the best Payday 2 mods you need for a better experience. 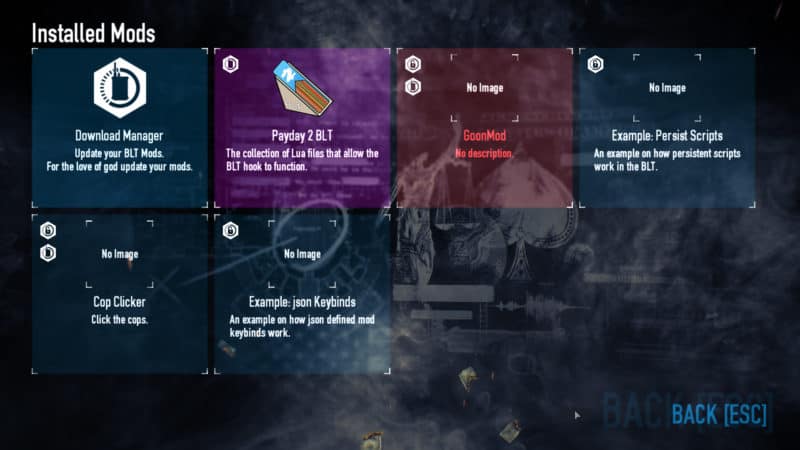 Before we get to the meaty part of great Payday 2 mods, we need the BLT 2.0 to install and manage our mods easier. It notifies you when there is an update for one of your mods and lets you update it easily. You can also check the information about the mod you are planning to download beforehand, so overall this is an essential Payday 2 add-on if you are planning on modding the game.

Payday 2’s Enemy Health and Info mod show the health of the enemy you are aiming at with a health bar above their head. It also shows their names, giving each kill more weight; you can also change these names from the mod’s files. A small Payday 2 mod, but useful regardless. 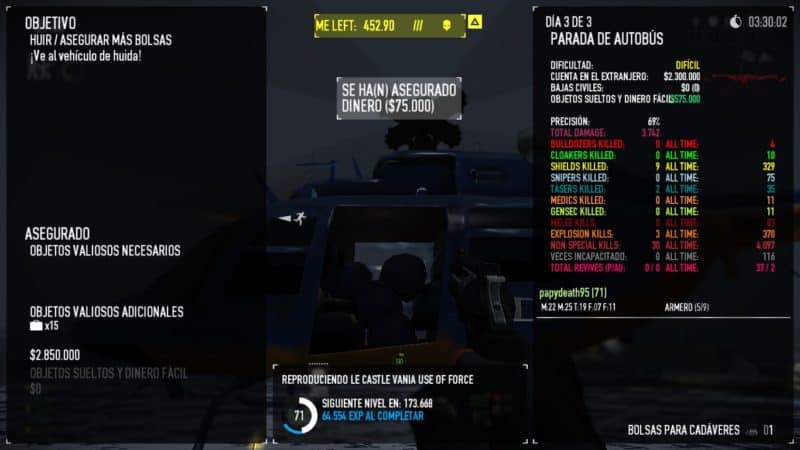 One of the must-have Payday 2 mods, WolfHUD combines a lot of useful HUD mods together and makes some necessary changes. There are around 30 additions and changes such as KillCounter, TabStats and AutoPickup. You can also turn off the functions you do not like from the Options menu. 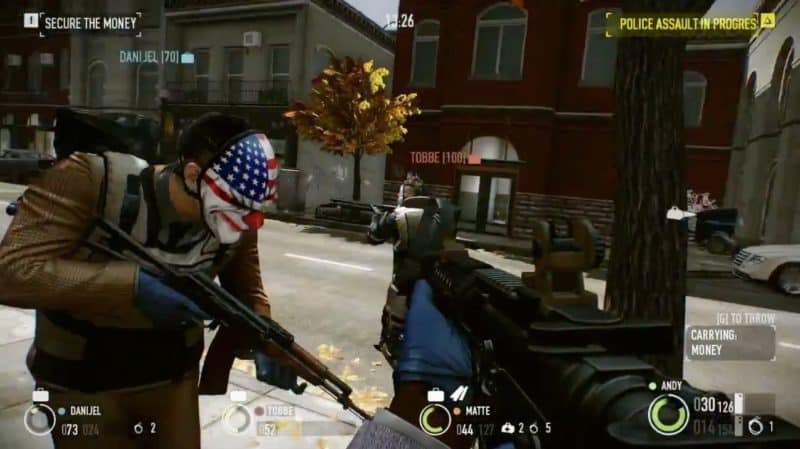 Though Payday 2 is mainly a co-op game, there will be times where you have to play with bots. Better Bots does what its name suggests: It makes Payday 2’s bot way more useful. They can aim and shoot faster, throw grenades, melee, dominate cops and mark enemies, and more. It is one of the best Payday 2 mods for when your friends are offline. 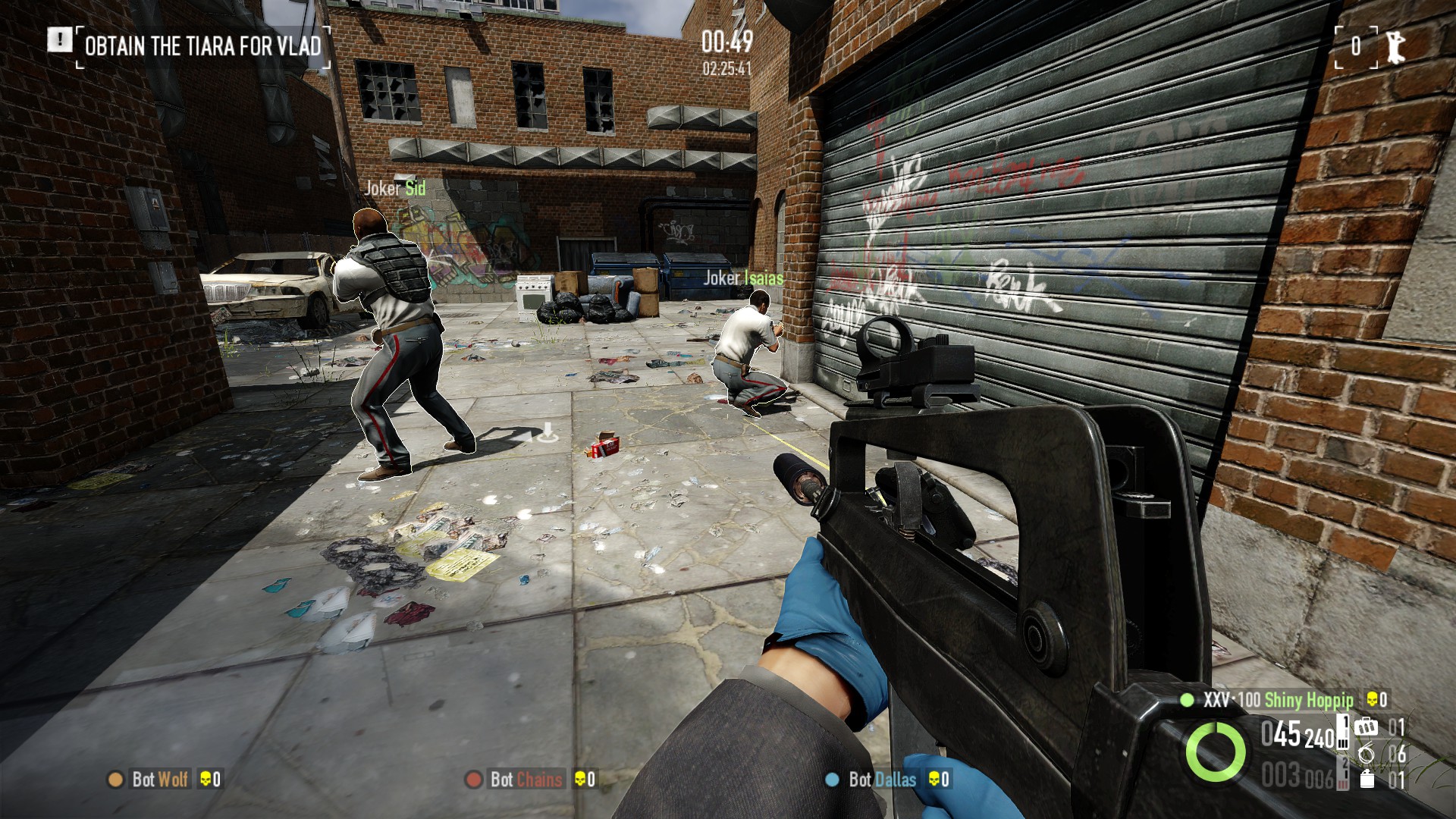 Keepers is another mod for Payday 2’s bots that when combined with our previous pick, can make the singleplayer Payday 2 experience much better. This essential Payday 2 mod improves bots’ pathfinding, taking cover and responsiveness. You can also order them to patrol, take cover or interact with objects. 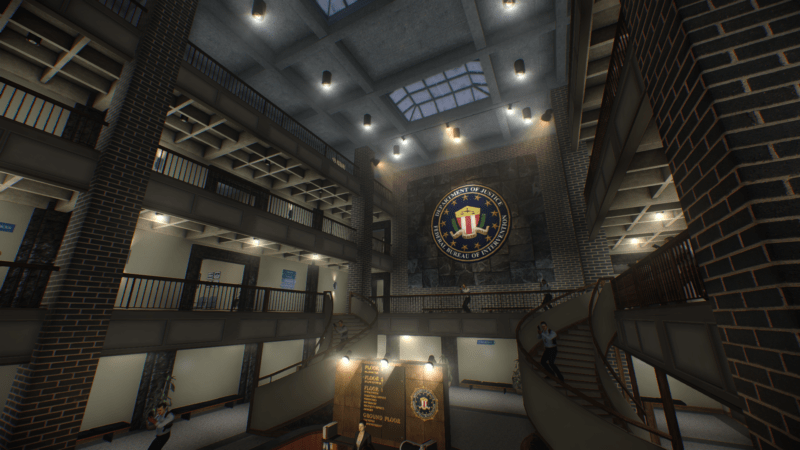 Re-Texture Project is a texture mod that vastly changes some of the locations in Payday 2. Some indoor textures in Payday 2 are undeniably badly textured and designed. This mod overhauls all of them and changes those textures to more modern ones. 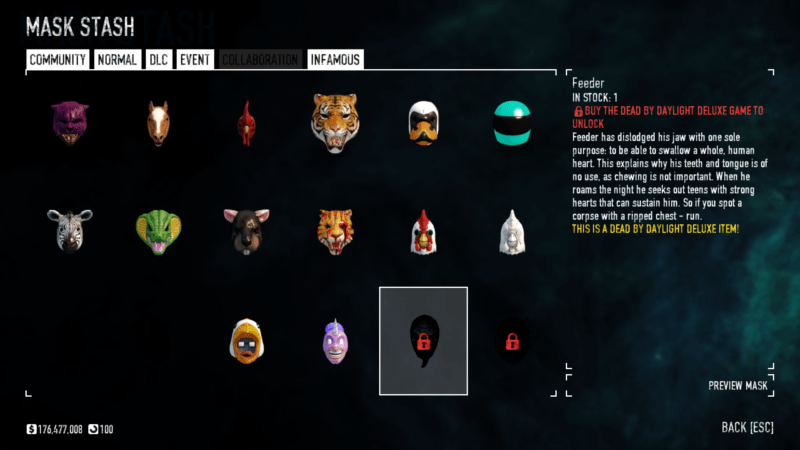 This Payday 2 inventory mod changes vanilla grey icons of your weapons and equipment in your inventory with colored ones from the game’s FBI database. FEDNET Inventory Icons look way better and make it easier to find what you are looking for in the game. 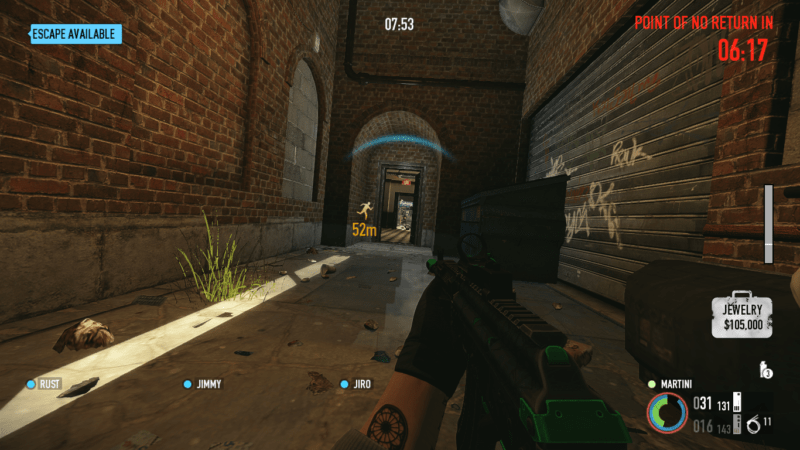 Restoration Mod is the closest you can get to a Payday 2 overhaul mod. It is a major mod project collaboration that adds a lot of new features, restores cut features, rebalances gameplay elements and adds new masks, heists, weapons and enemies with new gameplay mechanics. It is one of the biggest Payday 2 mods out there, so it requires some outside help in order to work: SuperBLT, Beardlib, and the Voiceline Framework. 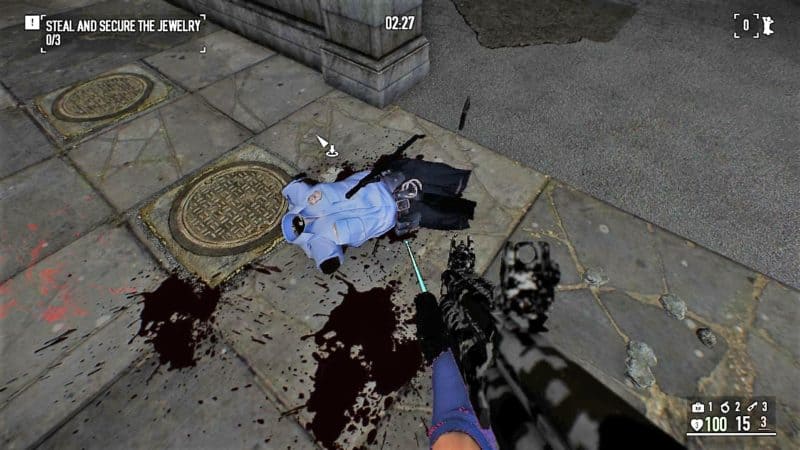 Enemies in the Payday 2 can get really frustrating in the later levels, so if you have ever wanted to rip a Taser’s limbs off, you can use Bullet Dismemberment mod. As its name suggests, this graphics mod lets you decapitate and dismember your enemies in Payday 2. 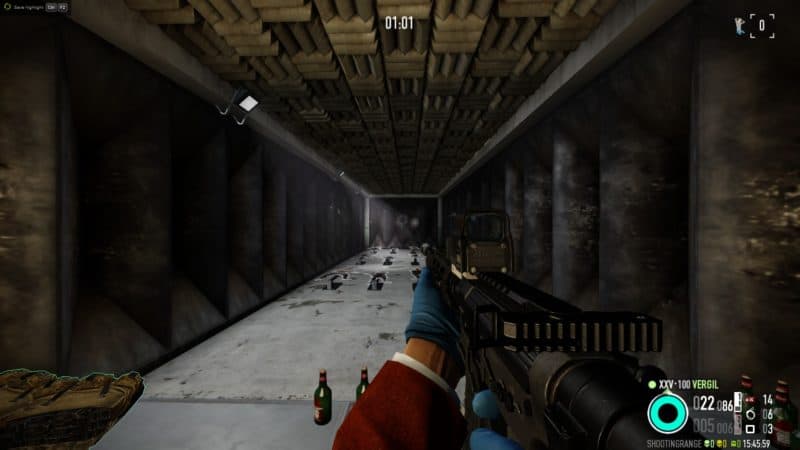 You can shoot your guns in single fire or full-auto in Payday 2, but there aren’t any burst fire options. Burstfire is a weapon mod lets you use burst fire on some weapons by tapping V twice. Be careful, though, since if you mod the gun with a fixed fire mode like auto/single fire, burst fire won’t work. 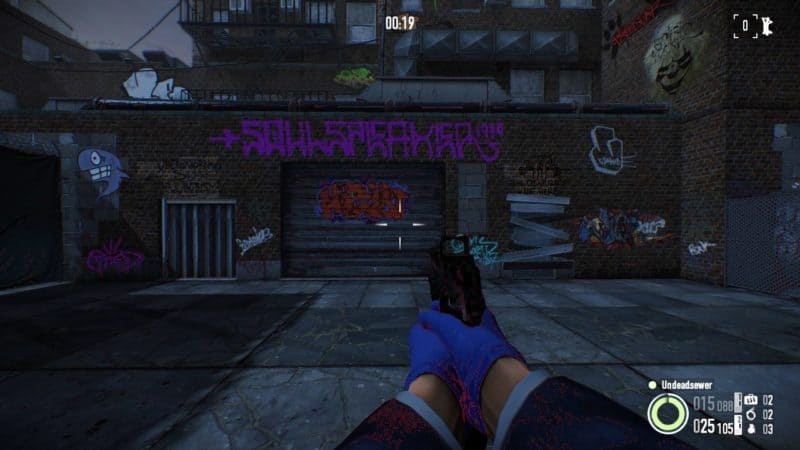 The first Payday game, The Heist featured a crosshair, but as you know, there isn’t one in Payday 2. While this makes the game more immersive, some people like to play with a crosshair. Dynamic Crosshair is a HUD mod does not only add a crosshair, but it also makes it so that it changes shape according to stances and changes color when aiming at an enemy or civilian. 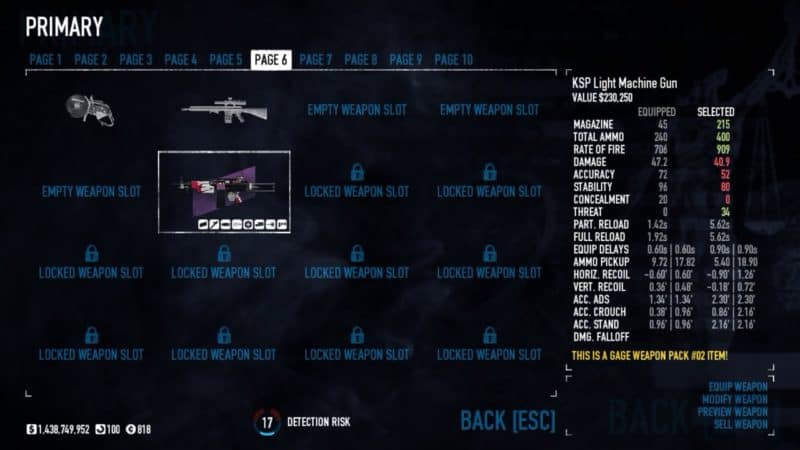 In Payday 2, you need to click “Move Item” on the item you want to move and then select the slot you want in order to manage your inventory. That is far from smooth. Drag & Drop Inventory is a quality of life mod allows you to move your inventory by dragging and dropping the items in your pack. 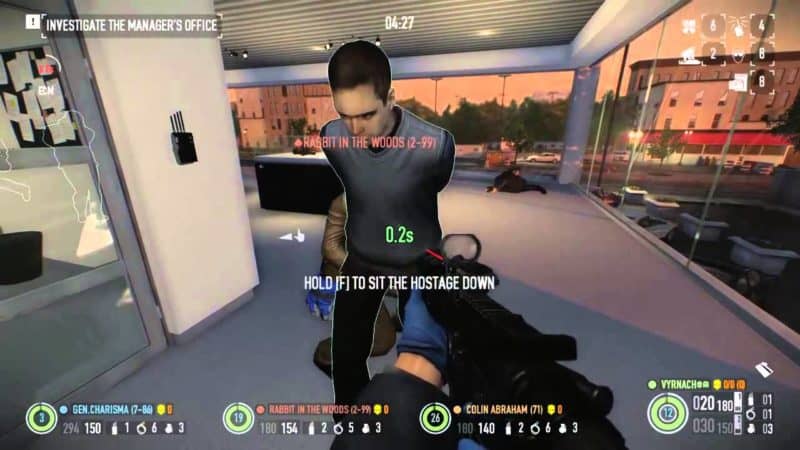 This quality of life improvement lets you handle 3 hostages at once and increases their maximum follow distance, so they don’t just lay on the ground when you move a little bit far away from them. They also follow you a lot closer and move faster, so you won’t just kill hostages out of frustration anymore thanks to Hostage Escort Tweaks. 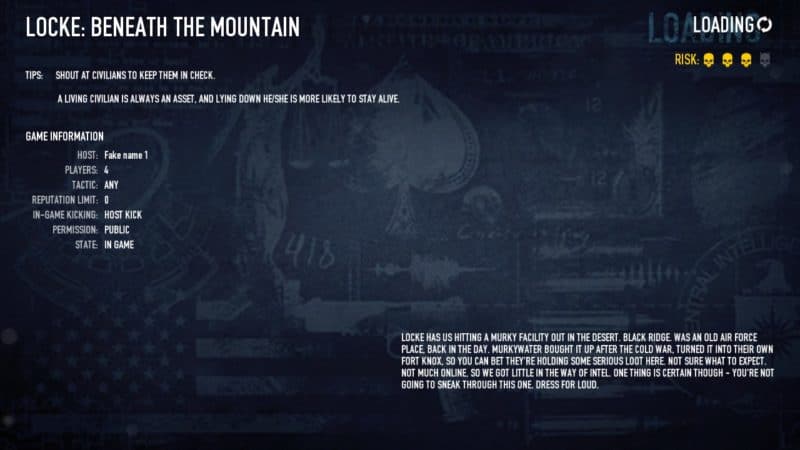 Loading screens in Payday 2 used to be black screens, but even the new ones are pretty bland with just trivia information. Loading Screen Info simple mod adds a lot of general and useful tips, tricks as well as some specific information about the campaign you are playing. A fundamental Payday 2 mod for newcomers. 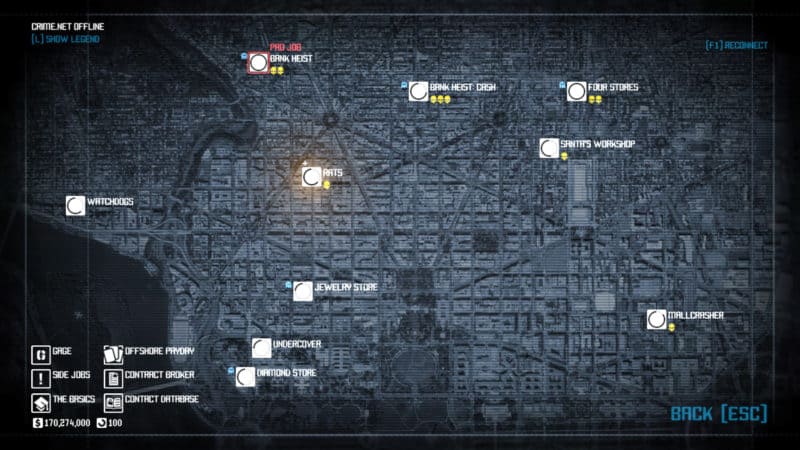 Every gamer faces some connection issues at some point, but in the vanilla Payday 2 reconnecting to the last server you were playing is a hassle as you need to find the game again on Crime.net. Reconnect To Server is a lightweight mod that adds the ability to reconnect to the last connected server by a simple Reconnect button. 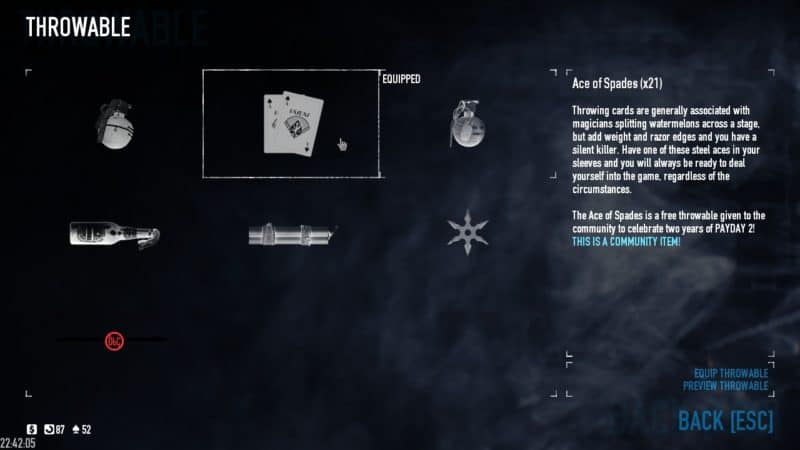 Probably the simplest Payday 2 mod in our list, Inventory Count shows you the number of throwables and deployables such as grenades and Ace of Spades cards when you select them. This should be in the main native game, but who needs good game design when you have a modder? 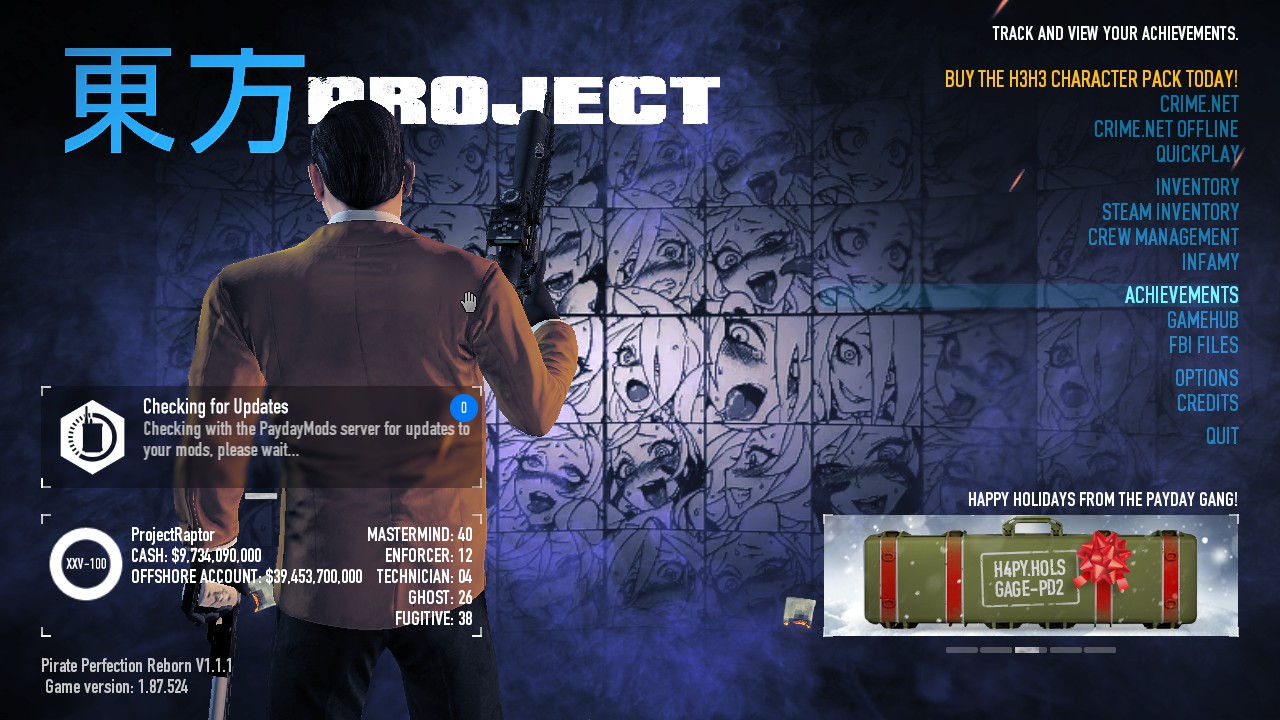 But apart from adding visual elements to appeal to the anime and manga fan, this mod compilation doesn’t actually change the gameplay at all. 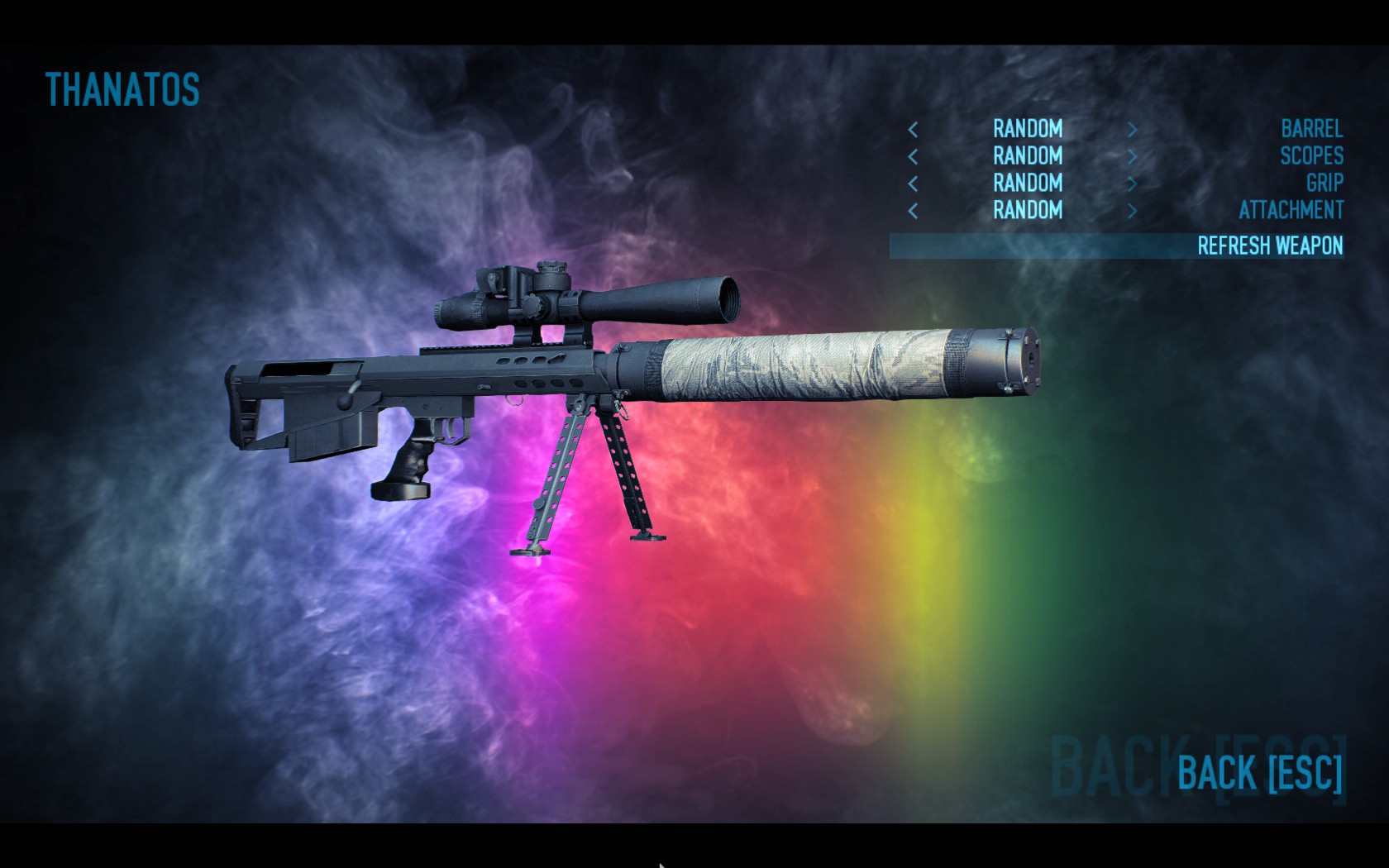 For those that feel for the NPC’s having the same gun while we get to constantly upgrade and change our inventory: this mod improves on that, at least cosmetically.

NPC Weapon Customizer mod provides more weapons that you can customize and hand out from your own inventory to the NPC’s so that it feels like you’re fighting on a leveled playing field.

Cali’s All in One Realism Rebalance 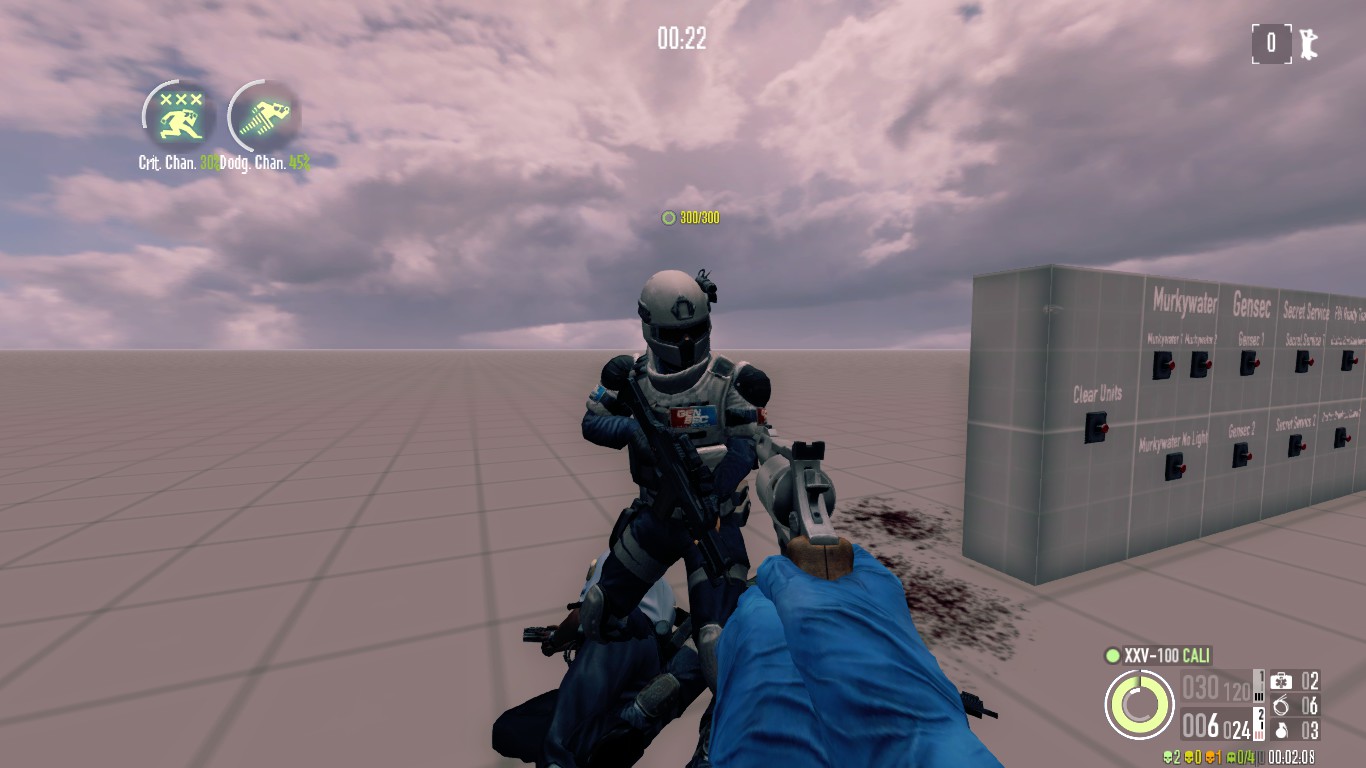 If you like to have more precision when killing someone in PayDay 2 instead of wasting all your expensive bullets by blindly shooting in their vague direction, this re-balance mod is for you. It rebalances almost every single weapon in the game, making them more powerful as well as increasing the recoil

Cali’s All in One Realism Rebalance works especially well with pistols. This mod requires Weaponlib, and the creator of the mod heavily recommends Static Recoil. 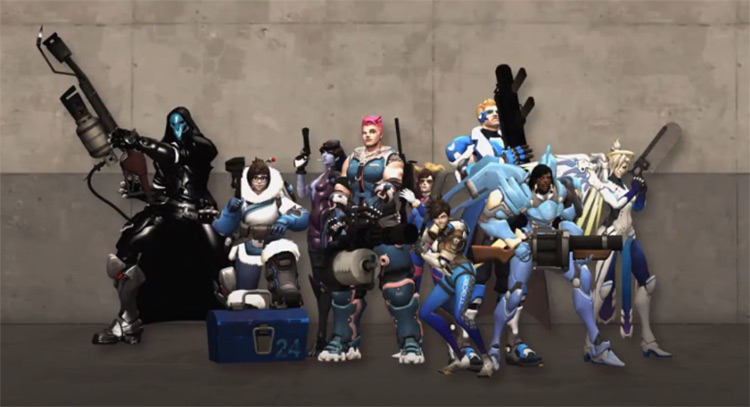 Just as the name suggests, this mod allows you to acquire any skill in any order in the game. This is a blessing since one of the more frustrating things in the vanilla game is that there are lots of skills you can’t acquire before getting the earlier ones.

Any Skill mod, needless to say, is a huge shortcut and almost a cheat code when playing the actual game since you can skip over a lot of gameplay with this method of getting any skill. 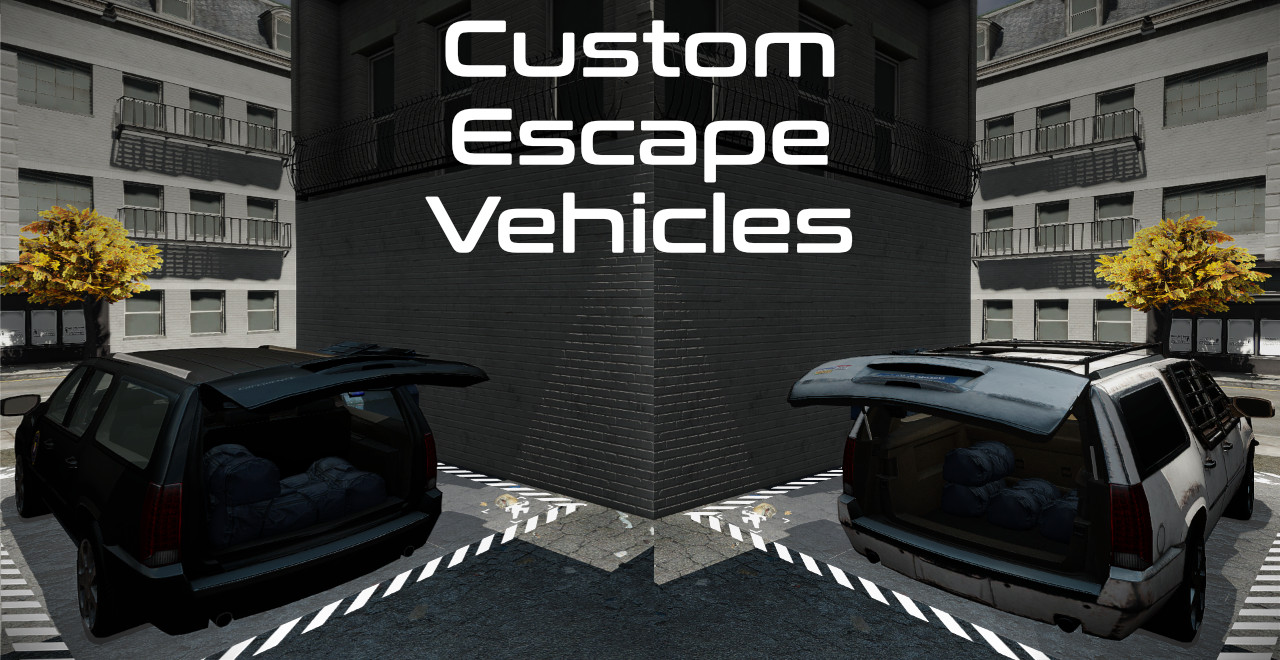 Even if you think that you have no problem looking at the same old boring default van, having custom escape vehicles does more than just look cool.

According to your requirements of whether you have loot or not, you can choose one of 17 different vehicles for each of your missions. Remember that you have to upgrade Houston’s garage to tier 4 in your safehouse to be able to enjoy the features of this mod.

From the simple quality of life improvements and small tweaks to huge overhaul and gameplay mods, here are our top picks for the best Payday 2 mods you can’t play without. Of course, there are countless more mods for Payday 2 but these are our choices. If you have a great suggestion or liked our article, let us know!